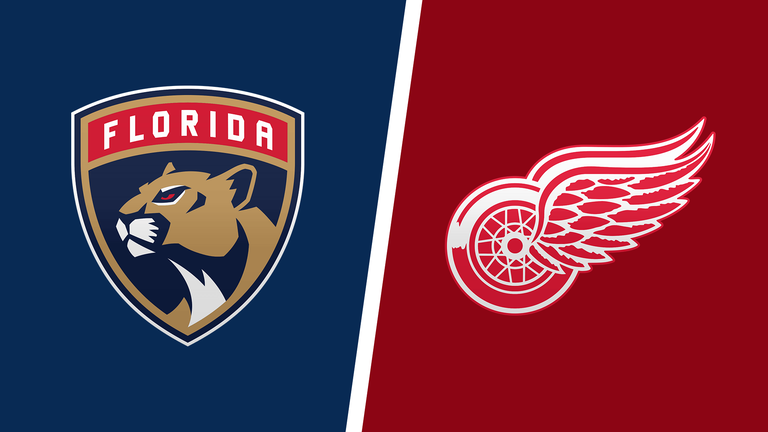 A six-game slate will start with this Atlantic Division clash between the best team in the Eastern Conference and the struggling giants. The bookies are expecting a one-sided affair, so take a look at the divisional battle from Little Caesars Arena in Detroit as we prepared the best Panthers vs. Red Wings betting pick along with the latest odds update on Bookmaker Sportsbook.

These divisional rivals have met twice this season and will face two more times in the next five days. Florida won both duels this year, while the Panthers were better in eight of the previous ten H2H encounters (8-2-0). Florida is a massive -330 favorite in this one, while the total is set at 7 goals.

The Florida Panthers are enjoying their best hockey of the season; they are on a nine-game winning streak (their longest of the year) and won 12 of the last 13 games. Their latest “victims” were the Winnipeg Jets as the Panthers secured a comfortable 6-1 home victory.

One of the best players in the NHL, Jonathan Huberdeau, scored a couple of early goals and ended the game with game-high three points. Claude Giroux also recorded three points, all three assists. Sergei Bobrovsky saved 30 of 31 shots he faced, while Florida had 43 attempts.

Bobrovsky will get his place between the sticks for the third consecutive time as he takes on Detroit on Sunday. The 34-year-old goalie is having a fine season with a 36-6-1-2 record, 2.66 GAA, 0.912 save percentage, and three shutouts.

For the first time in a month, the Detroit Red Wings failed to get on the scoreboard as they suffered a 4-0 road defeat to the New York Rangers. Detroit bounced back from a six-game losing skid with wins over Boston and Winnipeg, but then they lost three of the next four games, including this one to the Rangers.

The Rangers, who are battling for the No. 2 seed in the Eastern Conference, dominated in this one. The hosts had 37 shots opposite Detroit’s 20 and their victory was never in doubt. The Red Wings, who are out of the playoff picture, have a tough schedule ahead but they will face the New Jersey Devils twice in the final three games of the season.

Alex Nedeljkovic will return to the goal against the Panthers and will try to replicate his fantastic 46-save display in a shutout victory over the Carolina Hurricanes. It was easily Nedeljkovic’s best game of his career. This season, a 26-year-old goaltender has a 19-21-8-1 record with a 3.27, 0.903 SV%, and three shutouts.

I don’t have enough words to describe the Panthers this season. They have been one of the two best teams in the NHL and certainly the best in the Eastern Conference, and considering they still haven’t secured the top seed, I am backing them to get a win here. Florida does have an 8-point lead ahead of the closest suitors, and with eight games to go, they still need to get victories.

That’s bad news for the Red Wings, who already lost twice to the Panthers this season, and have been awful when facing Florida in the past few years. I am pretty sure that the second-worst defense in the NHL cannot handle Jonathan Huberdeau and the best offense in the league.

I know that Alex Nedeljkovic had a monster display in a win over Carolina, but his 46-save heroics will not happen on Sunday. He was decent in 46:06 on the ice against Florida this season, allowing four goals on 49 shots, but I seriously doubt he will be able to contain the Panthers here.