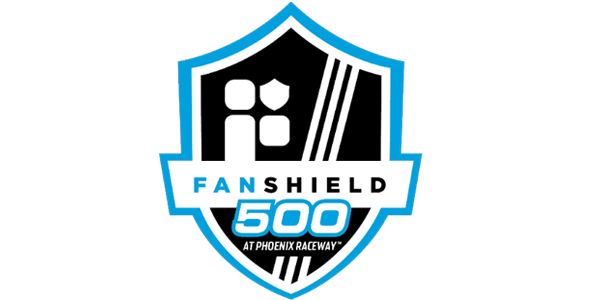 Three races, three manufacturers, three drivers. Could we be looking at the most balanced NASCAR Cup Series season in quite some time? Denny Hamlin won for Toyota, Joey Logano won for Ford, and Alex Bowman won for Chevrolet to open up the 2020 NASCAR season. Let’s see what the fourth race has in store.

That race is the FanShield 500 at Phoenix Raceway in Avondale, Arizona. If your first thought when seeing “Phoenix” is “Kevin Harvick”, you are not alone. He seems like the logical starting point for this one. He isn’t the favorite, but he is a nine-time winner across the two races.

Whatever happens here, file it away because the Championship race is now at Phoenix. Changes to the NASCAR schedule have switched a whole bunch of things around, including the second date at Phoenix. The race at Homestead-Miami is now coming up on March 22.

We’ll take a detailed look at the FanShield 500 with a handicap of the field, the betting odds from 5Dimes Sportsbook, and our picks for this weekend’s race.

Chase Elliott had won three of the first four non-finishing stages, but he came up empty last week at Auto Club. Bowman and Blaney had the stage wins in that race. Blaney’s lead is 11 points over Logano and Bowman is one point behind Logano in a tie for third with Harvick. Johnson is fifth with 106 points and Elliott is a point behind him.

With Bowman’s win, he is likely in the playoffs. The top 16 in points qualify for the playoffs, unless someone outside the top 16, but inside the top 30 has a win. That virtually assures Bowman of a spot, assuming he finishes out the season. Hamlin and Logano were going to make it no matter what. That means that we are basically down to 13 playoff spots just three weeks into the season.

The track at Phoenix Raceway, formerly known as ISM Raceway and Phoenix International Raceway, is a 1.022-mile oval with flatter turns that come in between 8-10 degrees. The winter/spring stop was added to the calendar in 2005. The now championship race has taken place in October or November every year since 1988.

This can be a little bit of a tough race. Average speeds crack triple digits, but the race has gone over three hours in two of the last three years. The 500 is actually kilometers, as the drivers do 312 laps around the track to run just under 319 miles.

Even though Harvick is the first thought that comes to mind at Phoenix, Kyle Busch is the favorite at +365. Martin Truex Jr. is the second favorite at +470. Hamlin is even third over Harvick at +630. We finally see Harvick at +660.

It seems kind of crazy that Harvick is the fourth favorite. He led the most laps at Las Vegas and has been arguably the most consistent driver of them all to this point, at least from a finishing standpoint. The best driver week in and week out has probably been Blaney, but a lot of different things have gone wrong for him.

Harvick is a nine-time winner at Phoenix. His most recent win in this race came in 2018 and if he follows the pattern, he will win this year. Harvick has wins in this race in 2006, 2014, 2015, 2016, and 2018. Busch scored his first win in the spring race last year. Harvick was ninth. Along with his five wins in this race, Harvick also has two additional top-five finishes. He hasn’t finished outside the top five in the fall race since 2011.

Speaking of top-five runs, Busch won last year and was second, third, and fourth the prior three years, including the most laps led in three straight races. He was second in the fall last year and won the fall race in 2018. Busch isn’t as accomplished as Harvick in terms of wins, but he has eight top-five finishes in his last nine Phoenix starts.

Truex’s price is a tad surprising here. He has a top-five finish in three of his last five starts at Phoenix, including the two most recent spring races. He was really good last year with seven wins overall, but he is off to a slow start this season. The car hasn’t quite been there and he hasn’t really threatened much.

Hamlin won the fall race last year and has three top-five finishes in his last four Phoenix starts. He also led the most laps in the fall race in 2018, but finished 35th. You can make a case for Hamlin to be among the low prices with Harvick and Busch, but Truex just doesn’t seem to fit as well.

Among the short prices, I still have to give Harvick the benefit of the doubt, especially with the longest price. It would not be the least bit stunning to see one of the Joe Gibbs Racing cars come through, but Harvick’s price point is too good to overlook given the top contenders.

What About the Others?

If this is going to be one of those years in NASCAR, you have to take some looks down the board to try and find some guys that could grab the checkered flag at balloon prices. After all, Bowman was +2200 last week.

Blaney was third in both Phoenix races last year in his second season for Team Penske. He has run well on the one-mile track at Bristol the last two years. I’m not sure +1300 is good enough for me, but he may be a decent look in group matchups against guys like Logano, Keselowski, and Elliott.

Brad Keselowski is a guy that I am looking at for one of the upcoming 1.5-mile races. Phoenix isn’t a great track for him, but he’s won twice at Atlanta, so keep him in mind next week. I don’t think he’s a contender this week.

Speaking of guys to watch at the 1.5-mile tracks, Erik Jones will get some love from me at Atlanta and Homestead-Miami. Just planting some seeds for the future.

Jimmie Johnson is flirting with a win. He hasn’t won since the 2017 spring race at Dover, but he is going to get pushed to one at some point. It was emotional for him last week at Auto Club as the field and his family honored him and his contributions to the sport. He’s playing with house money during this retirement tour and the car has been pretty darn good. This probably isn’t the week at +2650, but you could do a lot worse than trying him at this price point on some of the bigger tracks.

Ultimately, I think this is a chalkier race. It will be one of the four favorites. As mentioned, I like Harvick of that group, but really would not be surprised to see Hamlin or Busch win. A unit on each would return at least some profit if Busch won, but that is a lot to throw on a race. A unit on Busch and half units on Hamlin and Harvick make sense here with a lot more choices next week at Atlanta.

Kevin Harvick Is Not The Favorite at Phoenix?! – FanShield 500 NASCAR Odds & Picks