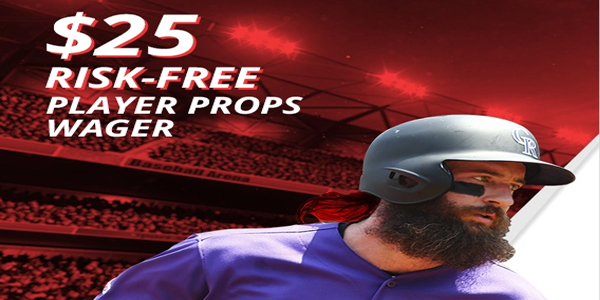 We don’t know if you are new to the world of sports betting, but if you are, you might not realize that there are things to place wagers on things aside from pointspreads and totals (otherwise known as “over-unders”).

Some of the most colorful things you can wager on at BetOnline are called “player props.” These concern certain player performance measurements for any particular game.

For example, if you are looking at a football game, you may see props (short for propositions) that cover the number of passing yards each quarterback has. And perhaps other things, such as the number of attempts, completions, touchdown passes, interceptions, longest passing play, and even more.

And you could see the same for running backs, wide receivers, and so on. There is a mechanism by which you can also bet on one player’s totals against another’s, or even to create your own prop between players.

BetOnline is offering you a great deal – if you utilize their state-of-the-art software to create and customize your own player prop wager, you will be reimbursed for the amount of your FIRST wager if you happen to lose it.

So what does that mean?

Well, it means that if you place a bet of $25 in the software and it wins, you’re ahead of the game. If you lose the bet, you will be reimbursed, by the people at BetOnline, for up to $25.

To make that happen, just send an email to freeplay@betonline.ag with your account number and the ticket number of your transaction. Do it within 24 hours of the completion of the event you bet on (oh, and make sure you write “$25 players prop free bet” in the subject line. You will then be reimbursed for whatever amount that losing bet came to, up to a $25 free play.

So how do you get things underway?

What you’re going to do is go into the sportsbook and click on the red button that says “Player Props.” That will take you right into the interface, and you can “Build” whatever kind of player prop you want.

It’s interesting that there are so many people who enjoy playing fantasy football – on a daily basis or otherwise – and many, obviously, who like to do sports betting. Some people like to do both.

And when you engage in player props, you are, in a sense, doing the same thing you’re doing with fantasy sports (football or another sport), in which you are, in effect, making that guy play for you. And you will apply some of the same principles.

It’s just so much fun when you’re using the props software.

And in effect, you get to do it with no risk the first time around when you take advantage of this promotion. And there is a very reasonable 6x rollover that is connected to the $25 Risk-Free Player Props Wager.

It’s really a great idea to open an account (through virtually any method, including Bitcoin) and stick around with BetOnline, because they are probably the most aggressive people in the industry when it comes to promotions that enhance the experience for their customers.

The Player Props free play is just one of those things. And it’s a great way to get started.

GET A 100% DEPOSIT WELCOME BONUS AT BETONLINE SPORTSBOOK