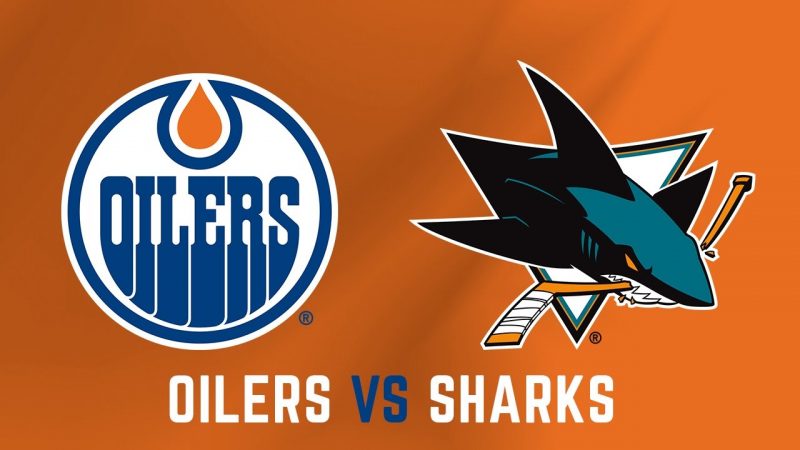 The 2021-22 NHL season goes on with a small four-game card Monday, February 14, including the Pacific Division showdown from SAP Center at San Jose, so we have prepared the best Oilers vs. Sharks betting pick and odds.

Edmonton and San Jose open their four-game regular-season series, meeting each other for the first time in two years. The Sharks have won nine of their previous 11 encounters with the Oilers, but Edmonton is listed as a -135 road fave on BetOnline Sportsbook for Monday’s clash.

The Oilers aim for their second straight win

The Edmonton Oilers (24-18-3) are coming off a 3-1 home win to the New York Islanders last Friday. They satisfied the odds as -150 favorites to put stop a two-game slide and record their sixth victory in the last nine outings at any location.

Mike Smith had a big game against the Islanders, posting a whopping 37 saves. The 39-year-old netminder improved to 3-4-1 on the season, and he’s expected to patrol the crease Monday at Sap Center at San Jose. Smith has started each of Edmonton’s last three contests, as Mikko Koskinen (16-8-2; 3.15 GAA) entered the medical protocols last Monday.

The Oilers surrender 3.27 goals per game (23rd in the NHL). They score 3.18 in a return (12th) on a 9.5 shooting percentage (tied-16th). Leon Draisaitl (G33, A22) has accounted for a couple of goals and assists over the last five games, while Connor McDavid has recorded two goals and three assists in that span.

The Sharks hope to snap their three-game skid

The San Jose Sharks (22-20-4) have won only two of their last nine games overall. They are coming off a tough 3-2 overtime defeat at the Tampa Bay Lightning on February 2, finishing a four-game road trip with the third loss in a row.

The Sharks battled bravely against the reigning champs. They were listed as massive +275 moneyline dogs. In his fifth straight start between the pipes, James Reimer posted 29 stops, while Logan Couture (G14, A20) had one goal and an assist.

The Oilers are arguably a much better offensive team than San Jose, while both sides have struggled to defend all season long. At least, the Sharks own the seventh-best penalty-killing percentage (83.5%). They’ll be tested properly by the Oilers’ second-best power-play offense (28.0%).

This game could easily go either way, and I lean the Oilers because of their prolific offense. Both Edmonton and San Jose have been unpredictable so far this term, so it’s tough to predict the outcome. Also, both teams will miss a couple of important defensemen.

The under is 4-1 in Edmonton’s last five outings and 9-3 in San Jose’s previous 12 showings at any location. On the other hand, 11 of the last 12 encounters between the Oilers and Sharks have gone over the total.

The Oilers’ defense cannot be trusted, while their offense is capable of scoring against any team in the league. The Sharks, on the other side, have allowed 30 goals in their last eight games on the home ice.