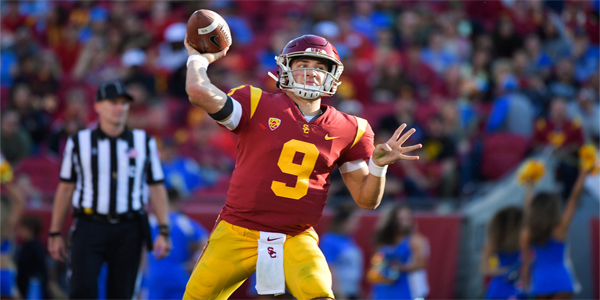 We’re all doing what we can to get by. That’s really all that we can do. Over at BetOnline Sportsbook, they are trying to come up with some creative betting options and things to drum up interest and investment.

In checking out what they have to offer, there are a few things of note. The first is that they are offering a 20% bankroll boost to those that leave their funds in until the NBA, NHL, or MLB get back going again. That bonus does carry a 5x rollover of the bonus amount before you withdraw, but that is an excellent idea for those that are being patient and are just letting their bankrolls sit and stay. Whichever season starts up first will trigger the bonus.

Another is that the entertainment odds section is jampacked with stock props, “Marbula One” Racing, Spelling Bee, Hot Dog Contest, Survivor, and Westworld betting options.

And lastly, there are some College Football Games of the Year lines posted. Power ratings across the industry are going to be stronger than ever before since everybody has so much time to work on them and get everything in line for the upcoming season. Let’s hope it starts on time.

At time of writing, there were 43 games listed on the college football betting board and there are likely to be a lot more of them with not a whole lot else to do.

Give BOL some credit as well, as they are taking dimes on these games, so the max you can win is $1,000 and just about all of the games are lined at -110.

Here are the games and the dates in which they are scheduled to be played (Saturday date listed):

Even if you aren’t ready to attack these lines, at least you can get an idea of how these teams are power-rated in relation to each other. We’ll likely be getting our power ratings together here at BangTheBook sooner rather than later and we’ll try to get some college football content together on BangTheBook Radio as well.

For right now, in looking at these, there are a few quick observations that I can make:

First, LSU might be getting a little bit too much respect. Joe Burrow isn’t the only loss from last year’s National Championship team. Per friend of BTB Ralph Michaels, over 76% of LSU’s starts last season were by juniors and seniors. A lot of juniors left early, including Justin Jefferson, Thaddeus Moss, Grant Delpit and several other defensive backs. The Tigers were a great story and a dominant team last season, but being road favorites at Auburn and a very short underdog at Florida seems a bit optimistic.

Second, USC may be a little bit undervalued. Of course, there are not many believers out there in Clay Helton, but the Trojans will bring back Heisman hopeful Kedon Slovis, who was exceptional down the stretch in the regular season. That being said, USC recruited poorly on defense once again and had a lackluster class for a second straight year, so the state of the program isn’t all that healthy. An elite quarterback can overcome some of those maladies, though.

Third, Ohio State is getting a ton of respect. The Buckeyes do have a lot to replace on the defensive side and also lost co-defensive coordinator Jeff Hafley to Boston College. There are also concerns, at least in my mind, with the offense without JK Dobbins. Master Teague is a fine running back, but he isn’t the receiver that Dobbins is and doesn’t have the same burst. The Buckeyes are a National Championship contender, but probably too big of a favorite against Oregon and maybe too big of a favorite in some of their other games as well. Once I dig into my power ratings, I can paint a clearer picture, but that is my feeling for now.

Finally, it is just awesome to see some college football stuff. What this coronavirus outbreak is going to do is accelerate the college football timeline even further, to the point where we have a lot of Games of the Year lines and probably some very early season win total lines as well.

Be vigilant when it comes to college football. Right now, we don’t have NHL, NBA, college basketball or MLB tying up our betting bankrolls. That affords many of us the opportunity to tie some money up with some CFB or NFL futures in hopes of getting some good line value. That is especially true of these games of the year.