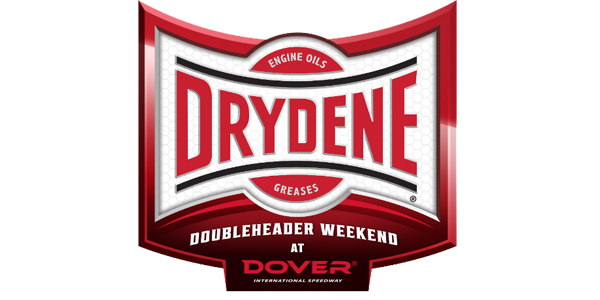 Only three races are left for the NASCAR Cup Series regular season and two will take place this week. The Dover Double at Dover International Speedway will feature the Drydene 311 on both Saturday and Sunday. Not a whole lot of creativity in terms of the sponsorship, but 311 laps around the one-mile track at Dover are coming up on August 22 and 23 this week.

This has been a 400-mile race every year since 1998, but with the back-to-back format, the race lengths have been shortened. With a lot of uncertainty on the horizon in the Coke Zero Sugar 400 on the oval course at Daytona, the drivers that need a win to make the playoffs are going to have to race with a lot of desperation this week.

We’ll look at odds from MyBookie Sportsbook, which are for Saturday’s Drydene 311. You’ll have to get your odds for Sunday’s race once we see how Saturday shakes out or whenever those are posted.

Here are the odds for the Drydene 311 on August 22, but August 23 should look similar:

It may be a bit surprising to see Martin Truex Jr. the favorite here on a one-mile track. He has three career wins and seven top-five finishes here, so he gets the nod over Kevin Harvick, who was 17th on the road course at Daytona last week after sweeping both Michigan races. Truex has finished third in five consecutive races.

Chase Elliott and Denny Hamlin are the only other drivers in single digits for the race. Everybody else is 10/1 or higher at time of writing on Tuesday afternoon.

The Monster Mile gets its name from, well, being a mile long. Melvin Joseph, who owned the construction company that made the track, coined the name in 1969. It was originally an asphalt track, but is now concrete and has been since 1995.

Obviously, it is one mile and features four turns at 24 degrees banking. The straightaways are nine degrees each. Dover has been a twice-a-year stop dating back to 1971, so it is nice to see NASCAR officials find a way to work both ways into the schedule this year.

The best of the best generally win here. We haven’t had any real big surprises since 2008 when Greg Biffle won the second race. That’s not to say that Biffle was a bad driver, but he only had 19 wins in 510 career races.

With three races left and two this weekend, here is how the playoffs stack up. Kevin Harvick, Denny Hamlin, Brad Keselowski, Chase Elliott, Ryan Blaney, Joey Logano, and Martin Truex Jr. are all in with wins. Those are your top seven drivers in sequential order of points.

Alex Bowman, Austin Dillon, and Cole Custer are all in via victories as well. Bowman is 12th in points, while Dillon is 18th and Custer is 20th. While those are the only drivers that have clinched officially, Aric Almirola, Kurt Busch, Kyle Busch, and Clint Bowyer are all safely in. That means that there are only two playoff spots left for grabs for Matt DiBenedetto, William Byron, Jimmie Johnson, Erik Jones, and Tyler Reddick.

Collectively, those five drivers only have nine top-five finishes. Johnson ran fourth last week on the Daytona road course to give himself a big boost. He’ll need another one this week at Dover, where he owns 11 career wins, including his last win back in 2017.

As far as past results go at Dover, nine active drivers have a win here, led by Johnson’s 11. Matt Kenseth, Truex, Kyle Busch, and Ryan Newman have three wins apiece. Harvick has two. Keselowski, Kurt Busch, and Elliott have one. Kyle Larson also has one, but he lost his NASCAR gig during the pandemic.

Johnson and Kenseth lead the pack with 17 career top-five runs at Dover. Kyle Busch has 12. Elliott has six in eight career races and is the best average finisher here among active drivers over his eight races.

Okay. Call me a conspiracy theorist, but Jimmie Johnson has to win one of these two races, right? He’s not going to win at Daytona in the last race unless something weird happens. Arguably the best driver in the modern era cannot finish his final season without a playoff appearance, right? Somebody is going to find a way to push him up to the front if they can.

This is one track where Chevy has done extremely well. They’ve won seven of the last 11 in the fall race and five of the last eight in the spring race. Granted, a lot of those were Johnson, but there is something about this track that maybe plays better for Chevy handling.

With that being said, Elliott at +550 on Saturday and a similar price on Sunday is also worth a look. I mean, obviously. He’s got six top-five finishes in eight starts and also runs a Hendrick Motorsports Chevy. The price isn’t great, but he is a bet in outright fashion and also in matchups and group play.

A +650 price on Denny Hamlin is pretty solid, too. Hamlin has not had much success here, but he also might have the best car of his career this season. He’s winless in 28 tries at Dover, but he’ll have two tries this weekend.

The Drydene 311 on Saturday and Sunday will start at 4 p.m. ET on NBC Sports Network for both races.

BET OUR PICKS OR ANYBODY YOU WANT AT MYBOOKIE!