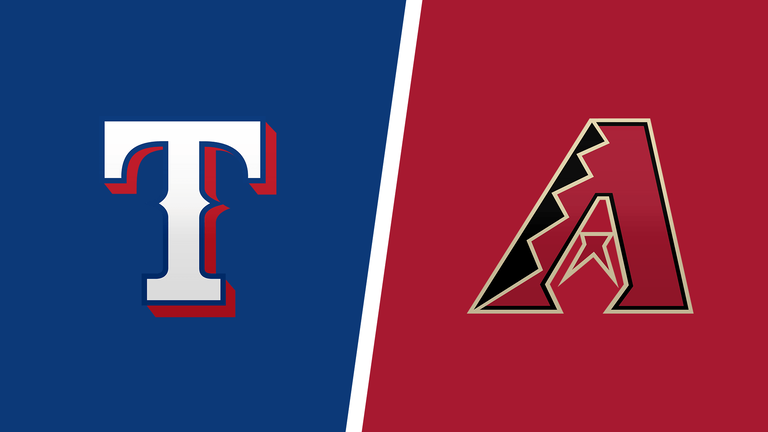 Sometimes the best bets on the board can be found in the games that nobody wants to play. While it would be disingenuous to say that about tonight’s Diamondbacks vs. Rangers game, you can bet that nobody is looking at that dumpster fire. Well, you know, except for us.

The Rangers are a small favorite in the -110 range with a total of 9 from the fine folks at BetUS Sportsbook. It will be Madison Bumgarner for the Diamondbacks and Jordan Lyles for the Texas Rangers, who are fielding lots of calls about slugger Joey Gallo as the Trade Deadline looms.

We all know that the Diamondbacks are awful, but the All-Star Break seems to have been a chance to shuffle the cards and deal out a new hand. Arizona is 5-5 since the Midsummer Classic with a -1 run differential. That sure beats what we saw in the first half with a 17-game losing streak and a 26-66 record with a -150 run differential.

If nothing else, the Snakes have been much more competitive in their last 10 games. For the brave souls that are interested, there are a lot of positive regression signs for the D-Backs. They are 3-21 in one-run games, which is the worst record we’ve ever seen in that department. They are six games better by Pythagorean Win-Loss than their actual record as a result. Other alternate standings metrics look about the same.

With a team that is 31-71, you aren’t going to find a lot of good statistics. The Diamondbacks are 24th in wOBA overall and 25th in wOBA on the road. Many have speculated that they could trade Ketel Marte, but they don’t seem like a highly-motivated seller. Marte is still on the IL anyway. Asdrubal Cabrera and Kole Calhoun are likely to be moved by Friday.

Madison Bumgarner will not be traded, but the Diamondbacks probably wish they could ditch his contract, which runs through 2025. Bumgarner has a 5.09 ERA with a 4.37 FIP in his 70.2 innings of work. The peripherals for Bumgarner actually don’t look that bad. His 60.6% LOB% is the reason why his ERA is so high. Otherwise, he’s had slightly below average command. It shouldn’t be as bad as it looks.

The Arizona bullpen is as bad as it looks. This unit has been at the bottom of the league in ERA and FIP most of the season and the Diamondbacks pen could look even worse if Tyler Clippard and Joakim Soria get traded.

The Rangers don’t have a lot of pieces and parts to sell, but you can bet that they are looking. Joey Gallo is the best hitter left on the trade market and Kyle Gibson is a starter that a lot of teams could be interested in by Friday. Gibson’s recent starts have submarined a lot of his trade value, but he’s inked at a pretty reasonable deal.

Texas comes into this game ranked 27th in wOBA at home at .303. Overall, the Rangers have the worst offense in the league with a .293 wOBA and an 85 wRC+. It has been a long, arduous stretch in the franchise’s history of late. A Gallo trade would lower the offensive projection even further, but he’s still there for now, as the Rangers try to use as much leverage as possible.

Jordan Lyles gets today’s assignment against the Diamondbacks. He has a 5.20 ERA with a 5.53 FIP on the season in his 107.1 innings of work. The long ball has hurt in a big way with 24 home runs allowed in just 19 starts and one relief appearance. Lyles has a Hard Hit% of 41.9% and a Barrel% of 9.0%, both of which grade below average.

Lyles has allowed 122 hits in 107.1 innings in an era when we were flirting with the lowest recorded batting average across the league in baseball history. The command profile is really terrible for him to say the least.

The Rangers do have a better bullpen than the Diamondbacks, but nothing else about this matchup seems to be in their favor. That means that we’ll be looking for Arizona to have the lead through the midpoint of the game with a look at Arizona 1st 5 in this one.