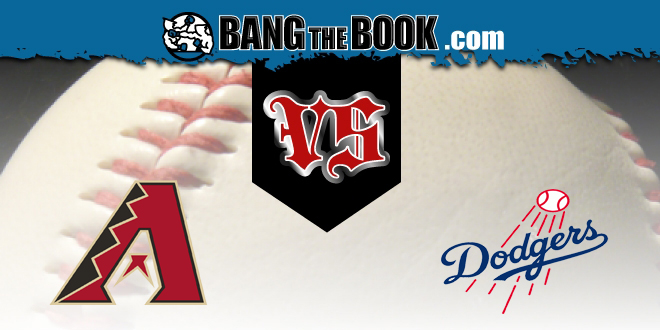 The Arizona Diamondbacks won on Friday night as a big underdog against the Los Angeles Dodgers. On Saturday night, the Diamondbacks lost by 21 runs. The two games could not have been any sharper in contrast, so that leaves us wondering what we’ll see on Sunday as the teams finish up the first half of the season.

We’ll see Merrill Kelly for the Diamondbacks and Tony Gonsolin for the Dodgers in a game where the line has jumped up into the -230 range at BetOnline Sportsbook with a total of 9.

You really have to wonder about the motivation level of the Diamondbacks in this game. They have five more losses than the Baltimore Orioles and nine more than the next closest team, which is the Pirates. This is an Arizona squad that ended the month of April at 14-12. They are 12-53 since. The Dodgers are 8-1 against Arizona this season and have now outscored them by 41 runs.

A lot has been made of Colorado’s road woes, but the Rockies at 8-34 are not that much worse than the Diamondbacks at 11-37. Arizona has one of the league’s worst bullpens and has a record of 3-20 in one-run games. Injuries have really hurt on the offensive side and continue to do so, as Carson Kelly and Ketel Marte remain sidelined. Arizona actually had a good offense in April, but now ranks 27th in wOBA heading into this game.

One recent bright spot has been Merrill Kelly. The Arizona right-hander has a 4.60 ERA with a 4.00 FIP in his 103.2 innings of work. Over his last four starts, Kelly has allowed just six runs on 23 hits in 25.1 innings of work with 18 strikeouts against just two walks. He’ll be a sought-after trade piece as the Diamondbacks sell anything they can, as he has another year left on his deal and has pitched much better than his ERA suggests.

Kelly has been a tough-luck guy this season with a 68.2% LOB% and big splits with men on base and men in scoring position compared to his splits with the bases empty. They’ve been getting better during this recent run, but he has still allowed a .358 wOBA with men on base compared to a .290 wOBA with the bases empty. The gap used to be over 100 points.

The Dodgers and their top-five offense certainly had some fun on Saturday night. It was a 9-0 game before the end of the second inning and it got uglier from there. Los Angeles ranks fifth in wOBA at .330 and has seen an uptick in the power department over the last week or two. The Dodgers have the league’s top BB% at 10.8%, so they’ve been able to create a lot of opportunities for themselves to score runs.

Veteran teams try to bank as many wins as they can prior to the All-Star Break and the Dodgers are certainly a veteran team. They sit just two games back of the San Francisco Giants in the NL West, but have a very firm grasp on one of the two Wild Card spots. Three of the five playoff teams in the NL will come from the West and two of them will face off in that win or go home contest to begin the postseason.

This will be the sixth MLB start of the season for Tony Gonsolin, who has a 2.11 ERA with a 3.40 FIP in his previous 21.1 innings pitched. He also had a relief appearance in there. Gonsolin has walked 14 of the 91 batters that he has faced, but has also struck out 25 of them. Arizona doesn’t do much well on offense, but does have the 13th-highest BB% in the league, so Gonsolin will have to throw strikes.

He walked five in his first start of the year back on June 9, but has also walked a batter per inning in two of his other appearances. Gonsolin maxed out last start with 19 batters faced and pitched 5.1 innings for his longest outing of the season. With off days on the horizon for the All-Star Break, the Dodgers can manage the game more aggressively if need be today.

A complete no-show from the Diamondbacks today is not at all out of the question. Merrill Kelly has been pitching a lot better of late, though, so he may be able to hold the Dodgers at bay. It is hard to see everybody being fully engaged in this one, especially with such a lopsided line and such a huge difference between the teams. The under is the play here.