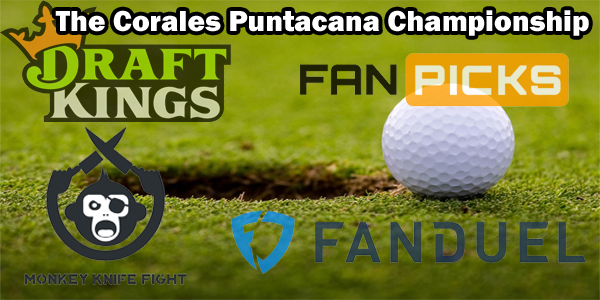 The Corales Puntacana Resort & Club Championship has the weakest field we’ve seen for a full-points event in a long time. Think about it, the favorite is Will Zalatoris, who is the Korn Ferry Tour points leader. It will not be easy to find value picks this week, as a lot of the better players in this field are the ones drawing the huge salaries.

Most of the low-cost guys are sponsor exemptions or Latin American or Caribbean players that have been entered into the field. It is definitely a challenging one.

We’ll do the best we can this week. Salaries are from DraftKings.

Beau Hossler ($7,200) – This looks like the makings of a putting tournament. This is a long course at 7,650 yards and is a par 72, but a lot of players get to the greens in regulation and then two-putt or worse on the large green complexes at this course. Highlighting putters may not be a bad idea and one of the better ones in this price range is Beau Hossler. Hossler was 24th in SG: Putting last season. He actually has not played this event either of the last two years, so we don’t have any course form data, but he played well at the Safeway Open and had decent showings last season in Bermuda and Mexico. A lot of guys that play well at coastal courses do it regularly.

Patton Kizzire ($7,000) – Patton Kizzire is another guy that gets the nod this week because of his putter. Kizzire was 25th, just one spot below Hossler in SG: Putting last season. Much like Hossler, Kizzire has not played this event either of the last two years. Unlike Hossler, he did not play well at the Safeway Open. We’ll see if he can find some more fairways and greens this week. His best finish last season was at the Travelers Championship at TPC River Highlands, which is a course slanted towards putters to say the least.

Aaron Baddeley ($6,600) – Surely you’ve picked up on the theme of this article by now. Aaron Baddeley is another guy with an underrated putter. Of course, most of the other parts of his game are lacking, but Baddeley tied for seventh here last year. He was just outside the top 50 in SG: Putting, but 22nd in one-putt percentage. The 39-year-old was even par and then 4-under at the Safeway Open, but that wasn’t enough to make the cut. It’s not like he played bad. Baddeley was just outside the top 25 at Mayakoba last November and was in the top 25 at Pebble Beach. He’s a decent coastal player and his putting fits the bill here.

Kelly Kraft ($6,400) – Kelly Kraft is back in the mix this week. Kraft had hip surgery and has missed over a year, but he’s going back to the Punta Cana event for his first event since the procedure. It seems like a good place for him to give it a go. Kraft was third in 2018 and fifth in 2019. He’s got a ton of rust to shake off here to say the least, but he’s certainly been playing as part of his rehab. He’s played well here and he’s a dirt cheap gamble.

Dominic Bozzelli ($6,200) – Dominic Bozzelli is nearly at the absolute minimum salary, but he won this event four years ago on the Web.com Tour. He’s not a good golfer across the board and only made 5-of-13 cuts last season, but he was 19th in SG: Putting. He was also sixth in one-putt percentage. This really is a putting tournament. The rough isn’t penal. The wind could kick up, but this is really about knocking down putts. Bozzelli is very inaccurate off the tee, but the rough is not that bad at this event. Unless something dramatically changes, his putting could be enough to keep him in contention.