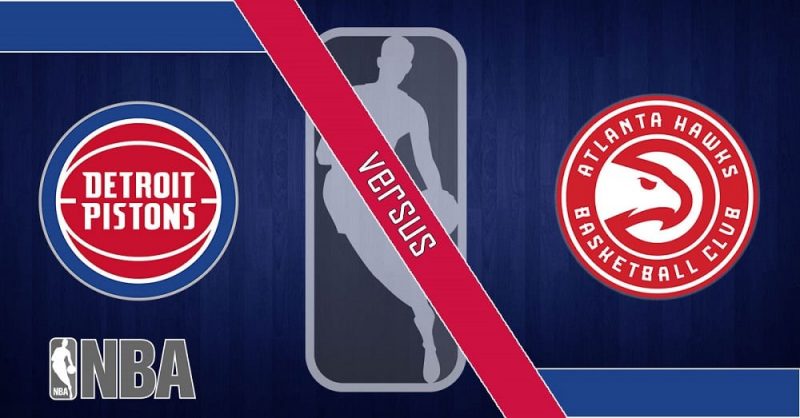 The NBA betting action continues with Week 2 of the 2021-22 season, and Monday’s card is full of intriguing picks and markets, so we have prepared the best Pistons vs. Hawks betting pick and odds.

Detroit heads to State Farm Arena in Atlanta as a huge 10-point underdog, according to Bookmaker Sportsbook, while the totals are listed at 218.5 points. Last season, the Pistons have won one of their three encounters with the Hawks while covering the spread on two occasions.

The Pistons are looking to surpass a 90-point mark

The Detroit Pistons have met the Chicago Bulls in their first two games of the new season, suffering a 94-88 loss at home as 5-point underdogs and a 97-82 defeat as 8-point road dogs. The Bulls shouldn’t be a defensive force this time around, but the Pistons have shown all their offensive flaws, shooting 39.3% from the field and 19.6% from beyond the 3-point line.

Furthermore, the Pistons have recorded only 31 assists over those two contests while turning the ball over a whopping 40 times. They’ve played without the No. 1 pick from the previous NBA Draft, as Cade Cunningham continues to recover from a sprained right ankle.

Cunningham should get his long-awaited NBA debut by the end of the month, but he’ll certainly miss Monday’s clash against Atlanta. Killian Hayes and Frank Jackson will continue to drive the Pistons’ offense, and they’ve combined for a paltry 14 points and six assists so far.

The Hawks surprisingly lost at Cleveland

The Atlanta Hawks opened the new season with a nice 113-87 home victory over the Dallas Mavericks. Trae Young handed out 14 assists, while Cam Reddish scored 20 points off the bench. The Hawks held the Mavs to just 33.3% shooting from the field and 30.2% from downtown, while they made 15 of their 35 attempts from deep (42.9%).

However, the Hawks put on a disappointing performance last Saturday and suffered a 101-95 defeat at the Cleveland Cavaliers. They shot only 38.4% from the field and 29.4% from beyond the arc (10-for-34), scoring just 42 points in the paint despite 17 offensive rebounds.

Once more, the Hawks played good defense, but they couldn’t get things going on the other side of the ball. John Collins had six points and missed all his three shots from deep, while Trae Young and De’Andre Hunter went 3-for-14 from downtown combined.

The Pistons should have a mountain to climb against this Atlanta team, especially if the Hawks put on another strong defensive performance. Detroit lacks quality everywhere, and I would be surprised to see them keeping it close in a matchup with the Hawks, who possess a lot of depth.

Atlanta should bounce back from a tough loss in Cleveland without breaking too much sweat. The Hawks have covered in their previous two outings as double-digit favorites and are 5-2 ATS in the last seven tilts at home.

The under has hit in seven of the Pistons’ last nine outings. Considering their first two showings of the new season, we shouldn’t expect a lot from the Pistons’ offense, so I’m backing the under on the totals.

The under is 9-3 in the Hawks’ last 12 games overall, and it is 5-1 in their previous six outings on the home court. On the other hand, the total has gone over in four of the last five meetings between Atlanta and Detroit, but the Pistons will have to execute offensively very well to help this game fly over a 218.5-point line.