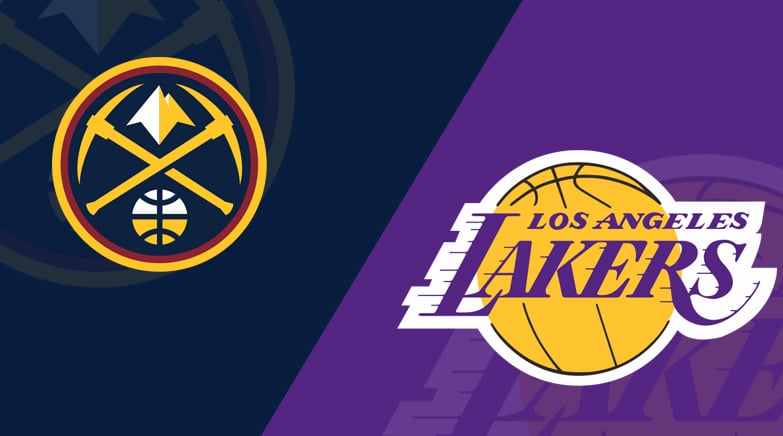 The NBA betting action continues Sunday, April 3, 2022, with 12 games around the league, bringing plenty of markets to choose from, so we have prepared the best Nuggets vs. Lakers betting pick along with the latest odds update on BetDSI Sportsbook.

Denver and Los Angeles continue their three-game regular-season series. Back in January, the Nuggets trounced the Lakers 133-96 as 4.5-point home favorites with a total of 225.5 points.

The Nuggets hope to avoid the play-in tournament

The Denver Nuggets (46-32; 35-43 ATS) are coming off a 136-130 defeat to the Minnesota Timberwolves this past Friday. They stopped a three-game winning streak, playing some lousy defense all night long. The Nuggets allowed the T-Wolves to make 50.0% of their field goals and 47.5% of their treys while losing the turnover battle (18-12).

Nikola Jokic went off for 38 points, 19 rebounds, and eight assists, but he also struggled to defend Karl-Anthony Towns. Aaron Gordon accounted for 24 points on 9-for-11 shooting from the field, while Monte Morris added 23 points and six assists.

The Nuggets fell to the sixth spot in the West. They are only half a game behind the No. 5 Utah Jazz and two games ahead of seventh-seeded Minnesota. The Nuggets have gone 4-2 straight up and 2-4 ATS over their last six outings.

The Lakers dropped five in a row

The Los Angeles Lakers (31-46; 32-45 ATS) extended their losing streak to five games with a tough 114-111 defeat to the New Orleans Pelicans this past Friday. Anthony Davis returned from an 18-game absence caused by a foot injury, posting a line of 23 points, 12 rebounds, six assists, and a steal, but it wasn’t enough for the slumping Lakers.

LeBron James dropped 38 points on the Pels after missing the previous two games with an ankle injury. The Lakers shot 47.6% from the field and 40.7% from downtown (11-for-47) and still found a way to lose the game. Russell Westbrook recorded the team-worst minus-12 net rating, while LeBron and Davis combined for six points in the fourth quarter.

The Lakers fell to the 11th spot in the West. Now, they are trailing the No. 9 Pelicans by three games and No. 10 San Antonio by one game. Both James and Davis are considered questionable for the Nuggets game.

Frankly, I don’t feel comfortable with a side bet. The Nuggets have been pretty much hit-or-miss lately, while the Lakers have been awful. Also, both teams desperately need a win. Hereof, I would make a small bet on Any Team to Win by 5 or Fewer Points.

Bet on the Nuggets vs Lakers at the best online sportsbooks, check out our 2022 rankings.

The Nuggets are winless in six straight road games against the Lakers, and three of those six tilts have been decided by four or fewer points. Los Angeles will attack the rim all night, but the hosts will struggle to defend Nikola Jokic and the Nuggets’ fluid offense. We should see a tight contest down the stretch, and the Nuggets have won nine of their last ten road games.

The Nuggets will probably look to slow down things, but the Lakers should try to force up-tempo basketball and exploit the Nuggets’ interior defense.