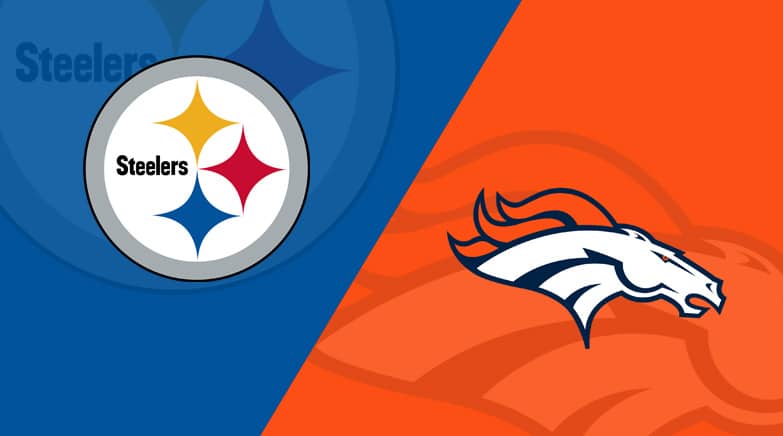 Denver heads to Heinz Field in Week 5 to take on the struggling Pittsburgh team, so we bring you the best Broncos vs. Steelers betting pick and odds, as these two AFC foes meet for the second straight season.

Last year, the Steelers outlasted the Broncos as 6.5-point home favorites, 26-21. Pittsburgh opened as a slight 1-point fave for Sunday’s clash, while Denver sits at +105 moneyline odds on Bovada Sportsbook.

The Broncos lost Teddy B

The Denver Broncos fell to 3-1 straight up and ATS on the season following a 23-7 home loss to the Baltimore Ravens this past Sunday. The Broncos also lost their starting QB, Teddy Bridgewater, to a concussion, and cornerback Pat Surtain II (chest) had to exit the game early, as well.

Teddy B is doubtful to play in Week 5, while CB Ronald Darby (hamstring), LB Josey Jewell (chest), and WR Jerry Jeudy (ankle) are all out. The shorthanded Broncos will start Drew Lock under center, but their offensive line will have to do a much better job after allowing five sacks in Week 4. Lock played in the second half of the Ravens game and went 12-of-21 for 113 yards and an interception.

The Steelers hope to avoid their fourth consecutive loss

The Pittsburgh Steelers (1-3; 1-3 ATS) started the 2021 season with a surprising 23-16 victory at the Buffalo Bills. Since then, it’s been a bumpy road for Mike Tomlin’s boys, who have suffered three straight losses, including a 27-17 defeat at Green Bay last Sunday.

Against the Packers, Pittsburgh carried the pigskin 16 times for 62 yards, or should I say that rookie Najee Harris had a one-man show with 4.1 yards per carry, while Benny Snell Jr. rushed once for no gain. Big Ben completed 26 of his 40 pass attempts and finished with 232 yards, a TD, and an interception, as the Steelers kept the ball in possession for just over 25 minutes.

With just a point on the table, don’t bother with the spread and take the moneyline odds. Anyway, this game could easily go either way, as both teams miss some key players. The Steelers hope WR Chase Claypool will return from a hamstring injury, but OL Kevin Dotson’s eventual absence will be a huge blow.

Both teams will try to win this clash on the back of their defensive units, and with Drew Lock and Ben Roethlisberger under center, I think the hosts have better chances to disrupt the Broncos’ game, though the Steelers’ offense is already a huge mess.

The line is set pretty low, but the over will hit only if we see a couple of defensive touchdowns. The Steelers can only move the ball through the air, especially against this Denver team. On the other side, Drew Lock is turnover-prone, while the Broncos will have a tough time on the ground, too, as Pittsburgh surrenders only 99.0 rushing yards per game (11th in the league).

The under is 5-1 in Denver’s last six games overall, and it is 4-1 in Pittsburgh’s previous five outings at any location.