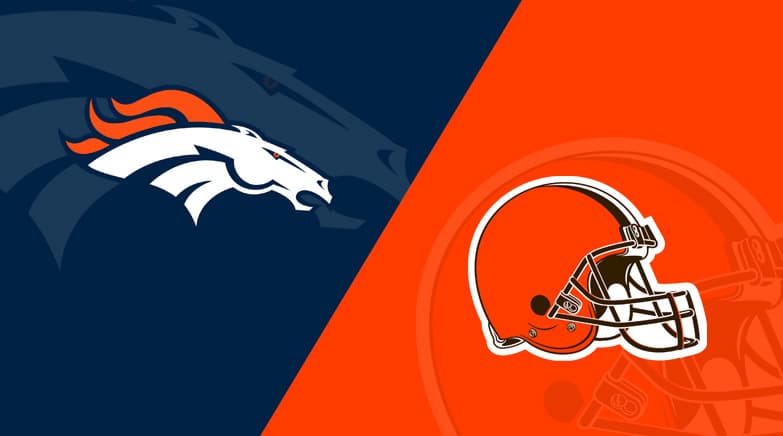 Week 7 of the 2021 NFL season kicks off with the AFC showdown on Thursday Night Football, so we have prepared the best Broncos vs. Browns betting picks and odds along with the latest team stats, news, and betting trends.

Denver meets Cleveland for the first time since 2019 when the Broncos defeated the Browns as 4-point home favorites, 24-19. This time around, the Broncos are listed as 3.5-point road underdogs on Bookmaker Sportsbook.

The Broncos hope to stop their three-game slide

The Denver Broncos (3-3; 3-3 ATS) started the new season on a high note, but things have changed since a 26-0 home win to the hapless New York Jets in Week 3. Now, the Broncos are riding a three-game losing streak, coming off a heavy 34-24 defeat to the Las Vegas Raiders in Week 6.

Denver was down by 21 points at the end of the third quarter, as Derek Carr tortured the Broncos secondary for 341 yards and a pair of touchdowns. On the other side, Teddy Bridgewater completed 35 of his 49 passing attempts for 334 yards and three scores, but he also threw three interceptions.

The Broncos have allowed 84 points over the last three weeks while scoring just 50 in a return. They’ve also got burned for three passing touchdowns of 48 or more yards in that span. The Broncos rank fourth in rushing yards allowed (85.5) and 11th in passing yards allowed per game (229.2).

The Browns are struggling with injuries

After a tough 47-42 defeat at the LA Chargers in Week 5, the Cleveland Browns (3-3; 3-3 ATS) suffered their second straight loss this past Sunday. They got trounced by the Arizona Cardinals, 37-14, playing as 3-point home favorites.

The Browns missed some key players on both sides of the ball in Week 6, including their superstar RB Nick Chubb and both starting offensive tackles. Kareem Hunt suffered a calf injury against Arizona and will be sidelined for at least three weeks, while Baker Mayfield finished the game despite a dislocated shoulder.

Mayfield tossed for 234 yards, two touchdowns, and an interception, but he also committed a couple of costly fumbles. Donovan Peoples-Jones led the way with four catches for 101 yards and a pair of touchdowns, while Odell Beckham Jr. added five receptions for 79 yards.

The Browns listed 20 players on Monday’s injury report, and a half of those guys did not practice, including Baker Mayfield, Nick Chubb, and Odell Beckham Jr. If Chubb remains on the shelf, the Browns backfield will be quite shorthanded, while Mayfield’s eventual absence will get Case Keenum his first start since 2019.

The injury-depleted Browns still stand a chance against the Broncos’ sterile offense and are listed as slight home favorites. However, with 3.5 points on the table, I have to take the visitors. This should be a tight battle, and I would be surprised if we don’t see a proper nail-biting fourth quarter.

Both Denver and Cleveland should struggle to move the ball Thursday. Their run defenses are among the best in the league, while both Teddy Bridgewater and Baker Mayfield have some serious health issues (Teddy B was limited in practice due to a foot injury).

The under is 4-2 in Denver’s last six games overall, and it is 5-2 in the Broncos’ previous seven showings away from home. On the other side, the over is 6-3 in Cleveland’s last nine tilts overall and 4-1 in the Browns’ last five outings at home.