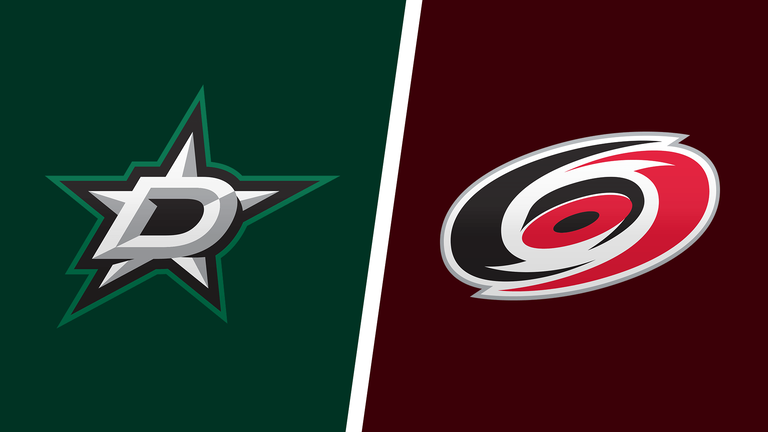 We have ten games on the NBA schedule for Thursday, March 24, and we will cover an intriguing inter-conference tilt, so make sure you read the best Stars vs. Hurricanes betting pick and odds.

These inter-conference rivals have met once this season, and Dallas won that game 4-1 at home. Carolina will be looking to tie the series and is a massive favorite to do so at PNC Arena.

According to MyBookie Sportsbook, the Hurricanes are -195 moneyline favorites with the total being set at 6 goals.

Dallas is keeping the No. 8 seed in the West

The Dallas Stars defeated the Washington Capitals and Edmonton Oilers to stay in the 8th position in the Western Conference. They returned from a four-game road trip on which the Stars got a couple of wins, and beat Edmonton at home. This game against Carolina will be the first of five road games Dallas is going to play over the next six fixtures.

The Stars trailed twice in a 5-3 win over the Edmonton Oilers and entered the final six minutes of the game with a 3-2 deficit. However, Dallas’ offense exploded for three unanswered goals late on and deservedly secured a victory. Several players recorded two points, but the star of the game was Tyler Seguin who was involved in the last two and deserved a top performer award.

The Carolina Hurricanes experienced their worst period of the season as they suffered four consecutive defeats, including a shutout loss to the Rangers. Still, the canes avoided the fifth loss in a row with a 3-2 home win over the Tampa Bay Lightning. Carolina is 2nd in the West with 90 points, the same as Florida, but the Panthers have a game in hand.

The Hurricanes were so eager to snap a four-game losing streak that they attacked the Lightning from the very start. The hosts attempted 41 shots, 20 of which were in the second period. Forward Seth Jarvis was a creative force on offense as he recorded a pair of assists, while two of Carolina’s three goals came in power-play.

Carolina is one of the best home teams this season; only Florida and Colorado have better records at home ice. The Canes lost to the Stars 4-1 in the opening game of the series and I am pretty sure they will have that in mind on Thursday.

Following this game, the Canes have three tough road clashes with St. Louis, Washington, and Tampa Bay, so they will have an imperative to beat Dallas here. I think they are a stronger team and that they will get a W.

Pick: Take the Carolina Hurricanes at -195

Carolina is not the perfect team for the Over bettors as the Canes have a 27-33-3 O/U overall and 12-19-1 O/U home records. It’s a similar situation with Dallas and given we have two solid goaltenders in this game, I don’t expect to see a lot of goals.