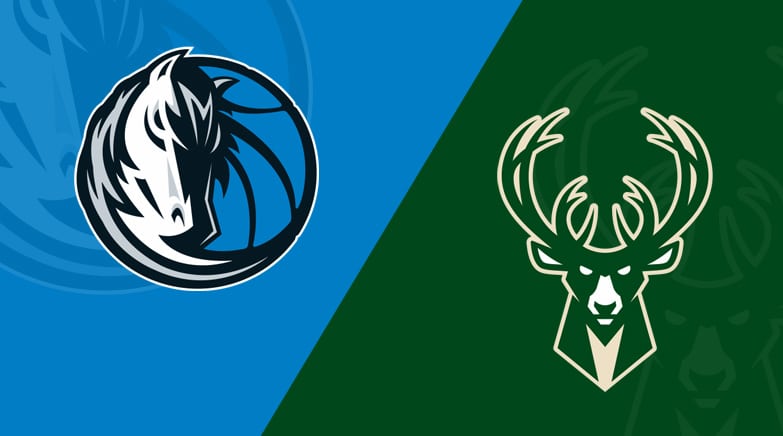 The 2021-22 NBA season continues with a loaded 12-game Sunday card, so we are taking a closer look at the interconference battle from Fiserv Forum in Milwaukee, Wisconsin, to get you the best Mavericks vs. Bucks betting pick along with the latest odds update on MyBookie Sportsbook.

Dallas and Milwaukee close down their two-game regular-season set. Back in December, the Bucks outlasted the Mavericks 102-95 as 3.5-point road favorites.

The Mavs suffered a heavy loss at Washington

The Dallas Mavericks (48-30; 44-33-1 ATS) put an end to their three-game winning streak this past Friday. Playing as firm 7.5-point road favorites at Capital One Arena in Washington, the Mavs suffered a heavy 135-103 defeat.

Over their last seven outings, the Mavericks have gone 5-2 straight up and ATS. They occupy the fourth spot in the Western Conference, half a game off the third-seeded Golden State Warriors. The No. 5 Utah Jazz are 1.5 games behind the Mavs.

The short-handed Bucks embarrassed themselves on Friday

The Milwaukee Bucks fell to 48-29 SU and 37-40 ATS on the season following a 153-119 defeat to the Los Angeles Clippers this past Friday. Although the Bucks decided to rest their top players, they were listed as 3.5-point favorites.

Giannis Antetokounmpo, Khris Middleton, Jrue Holiday, and Brook Lopez all sat out the Clippers game, but that cannot be an excuse, as LA also gave a day off to its best players. Robert Covington dropped 43 points on the reigning champs, who couldn’t make stops all night long.

Milwaukee remains the No. 2 seed in the Eastern Conference. The Bucks have gone 6-3 SU and ATS in their previous nine games overall. They trail the top-seeded Miami Heat by one game, while the No. 3 Boston Celtics are only half a game off Milwaukee.

The Bucks should get their stars back Sunday, so I’m backing them to prevail over the Mavericks. Milwaukee has enough weapons to keep Luka Doncic in check, while the Mavericks’ frontcourt will struggle to compete with Giannis Antetokounmpo. The Bucks’ length should make the difference.

The Greek Freak has been ridiculously good of late, averaging 34.9 points and 12.6 rebounds through his last eight appearances. On the other side, Luka Doncic has accounted for 28.8 points, 8.1 boards, and 8.4 assists a night over his last eight outings. Both Giannis and Luka missed the first encounter of the season between Milwaukee and Dallas.

Find the best bitcoin sportsbooks for betting on the Mavs vs Bucks tonight here.

Dallas will certainly look to slow down things as much as possible, so I’m backing the under on the totals. The Mavericks need to force Milwaukee into half-court basketball in order to stand a chance of winning this clash.