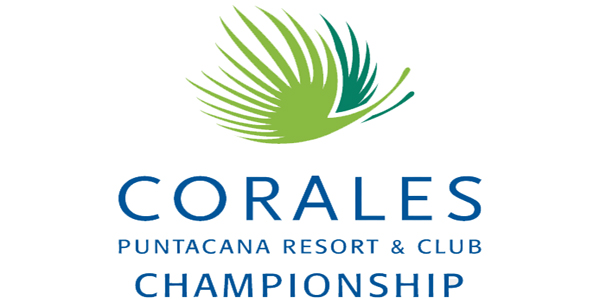 The prize pool is small, but the FedEx Cup points bounty is the same as usual for the Corales Puntacana Resort & Club Championship. The CPRCC is worth the full 500 FedEx Cup points this year, which really didn’t do much to add to the strength of the field. With a $4 million purse, this Web.com Tour event turned PGA Tour event is not the biggest of draws, despite the beautiful location in the Dominican Republic.

It is still a golf event, so we’ll break it down and try to find some good values and good betting options. We will have some watered-down fields the next two weeks with this and the Sanderson Farms Championship before back-to-back tournaments in Nevada liven up the field with the Shriners Hospitals for Children Open at TPC Summerlin and the CJ Cup at Shadow Creek.

Odds for the full field are down at the bottom of the article and come from MyBookie Sportsbook. There are a lot of great bonuses and contests going on over at MyBookie that may pique your interest as well.

So, this field is way down from just about any event we’ve seen since the restart. Will Zalatoris is the favorite at +1200, followed by Canadians Mackenzie Hughes at +1400 and Corey Conners at +1600. Sam Burns, Emiliano Grillo, Henrik Stenson, Adam Long, and Charles Howell III range from 22/1 to 28/1.

In the two years since this event has been part of the PGA Tour calendar, Brice Garnett and Graeme McDowell have won. Nate Lashley and Dominic Bozzelli won in 2017 and 2016, respectively, when it was a Web.com Tour event.

There are only 14 winners from a PGA Tour tournament over the last two seasons in the field, so we have a lot of players looking for a maiden win. We have a lot of sponsors exemptions and Korn Ferry Tour players. We have just 22 players from the top 125 in FedEx Cup points last season.

That means we should probably take some shots on some higher prices this week because this is a wide-open tournament.

Like most coastal courses, wind can be a huge factor here. This is a long par 72 of about 7,650 yards. The fairways are lined with palm trees and native brush and there are a ton of bunkers strewn about the course. Most of the putting surfaces are quite large at Corales, so there is a certain margin for error, but wind can and will throw shots off-course.

It can also be a pretty rainy season at this time of the year, so the greens should be receptive, but the fairways are likely to be a little soft and not have as much roll. You would think that would hurt some of the shorter hitters, but Garnett and McDowell are the two winners in this PGA Tour event and they aren’t guys that hit the ball a long way. In fact, McDowell was T-183rd out of 201 players in average driving distance last season.

McDowell shot a 1-over 73 on Thursday, but shot 19-under over the last three days to win this event, so it is definitely possible to go low. Second favorite Mackenzie Hughes was tied for the runner-up last year with Chris Stroud. Keith Mitchell was the runner up in 2018, but that was four shots behind Garnett.

Kelly Kraft is +20000 in this week’s field and has finished third and tied for fifth the last two years. George McNeill is +25000 with a T-13th and a T-7th in his two starts here. Paul Dunne tied for 12th last year after finishing in the top five in 2018.

BET ON GOLF WITH A WELCOME BONUS AT MYBOOKIE SPORTSBOOK

There are a few factors to consider this week. A lot of older players seem to do well at these coastal courses for one reason or another. There are some older players that have had high finishes here or in the Mexico events. Also, you don’t have to be a huge hitter to win here. In fact, this seems like a tournament in which putting matters quite a bit. Hughes, for example, is a great putter. Conners is not and that has long been what has held him back despite elite-level ball striking.

Wind could be a factor as well. Maybe the older guys just play better in the wind. Whatever the case, you probably want to look at putters and guys that hit fairways. Going in a straight line may help better than having an angle at the pin with a second or third shot here if the wind picks up.

One guy that isn’t a great putter, but is a fine ball striker and a fairway finder is Henrik Norlander (+6000). Norlander was eighth in driving accuracy last season and 39th in SG: Approach. He got off to a terrible start in the Safeway Open for 2020-21 and was not in the US Open field last week. He’s about an average putter, but he plays from the short grass and racks up some GIR. He was 73rd in SG: Tee-to-Green last season and that’s a pretty decent mark for a field like this.

A guy like Bozzelli was sixth in one-putt percentage last season and that’s why I’m looking so hard at putting this week. This just feels like a putting tournament with most guys on the green in two or three shots on every hole. Aaron Baddeley is 200/1 and was seventh in this event last year. He was 22nd last season in one-putt percentage and 51st in SG: Putting. This is way too big of a number for him.

Patrick Rodgers is another guy that is very accomplished with the putter. He is +5000, though. Guys like him and Kristoffer Ventura were top 15 in SG: Putting last season. Those are the types you may want to look at this weekend. Bozzelli, again, a past winner here, was 19th in SG: Putting. For what it’s worth, he’s +40000. Denny McCarthy, who was fourth two years ago and 26th last year, is probably the best putter in the field and he’s +4500.

Of the putters, I’ll take Baddeley at 200/1, along with Rodgers at 50/1. I’ll also look at Norlander at 60/1. Feel free to take some chances this week with your selections.

Golf Channel and NBC will have you covered for this weekend’s action.