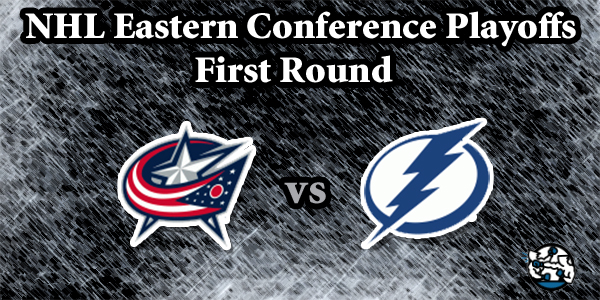 The Columbus Blue Jackets certainly earned their trip to the first round of the 2020 NHL Playoffs. Their prize for advancing past the quasi-home team Toronto Maple Leafs is a rematch with the Tampa Bay Lightning. The Blue Jackets had never won a playoff series until they stared down the top seed in the Eastern Conference and swept the Lightning last season. We’ll see if the Bolts can get revenge.

The Blue Jackets really drew the short straw here. After playing that decisive fifth game against the Maple Leafs, they play the early game on August 11 to kick off the first round of the Stanley Cup Playoffs. All games will obviously be played in Toronto, but you notice three early start times in the series from the games that have already been set in stone. The NHL is putting larger markets in primetime.

The Blue Jackets certainly faced some adversity in their series against the Maple Leafs. They lost Zach Werenski for the bulk of the third period when they collapsed in Game 4 and didn’t have him in overtime. Head coach John Tortorella pulled Joonas Korpisalo in Game 3 when his team trailed 3-0 in hopes of sparking a comeback. Whether or not that was the reason or not, the Blue Jackets scored four straight to take a 2-1 series lead.

Their defense pairings were shuffled around because of injury in-game and before the game and they even dressed seven defensemen in Game 5. There was a lot happening for Columbus.

Some would say that Toronto was the better team in the series and that Korpisalo and Elvis Merzlikins stole the series. That would be at least partially true, but the Blue Jackets got some excellent play from Pierre-Luc Dubois, who had the first playoff hat trick in franchise history in Game 3, and also Liam Foudy, who scored his first NHL goal in Game 5.

The Maple Leafs had more high-danger scoring chances in the series. In fact, their 48 tied the Oilers, who played the defenseless Blackhawks. Columbus just got excellent goaltending. Between Korpisalo and Merzlikins, the Jackets stopped 93.94% of those high-danger chances. Only Vancouver had a better mark in the Qualifying Round and they, too, advanced.

That was just the way that the Jackets won games during the regular season. They allowed the sixth-fewest 5-v-5 goals in the league and were in the top 10 in high-danger save percentage. Columbus doesn’t shine in most statistical categories. This is a team that works hard and has an excellent shutdown pairing in Seth Jones and Zach Werenski, but they just have a high degree of work ethic and an opportunistic enough offense.

Which is the opposite of the Tampa Bay Lightning. That isn’t to say that the Lightning don’t work hard, but they shine in a lot of categories. They were tied for the league lead in 5-v-5 goals during the regular season with 162. They were +40 in that department. Columbus, on the other hand, was +3. The teams allowed the same number of 5-v-5 goals.

While Columbus had the third-fewest high-danger scoring chances, Tampa Bay ranked 15th out of the 31 teams. Tampa Bay also had 49 power play goals to 31 for the Blue Jackets.

Andrei Vasilevskiy played very well during the regular season for the Lightning. He had a 2.56 GAA and a .917 SV%. He had a 12.13 GSAA, which stands for goals saved above average. It is hard to evaluate the teams from Round Robin play because some teams cared and others didn’t. Vasilevskiy played very well in the games against Washington and Boston and then allowed three goals in the final game that gave the Flyers the first spot in the conference.

One big storyline for this series will be the health of Victor Hedman. Hedman is questionable for Game 1 on Tuesday and his prognosis for the series is up in the air. He had 55 points in 66 games and is the facilitator for the offense on the power play, where he had 18 assists. Only Nikita Kucherov, the team’s leading scorer with 85 points in 68 games, had more with 21.

Hedman’s presence, coupled with Tampa Bay’s strength down the middle of the ice, is a big key for this series because Columbus relentlessly forechecks. They fill talent gaps by outworking the opposition. Tampa Bay wants to play more of a skill and transition game. When the two teams played last year, Sergei Bobrovsky played well for the Jackets, but they deftly took away that transition game. Tampa Bay couldn’t adjust fast enough and the Jackets went on to win.

A theme of each and every first-round series is how fast the team that was in the Round Robin can adjust to the sense of urgency that the lower seed will play with in the early games. I think that could hurt Tampa Bay a little bit at the outset here, especially because Columbus found some things that worked in games that really mattered.

Ultimately, while Korpisalo and Merzlikins played very well against the Maple Leafs, Toronto has deficiencies. They are not as good in their own zone as Tampa Bay and the loss of Jake Muzzin was a tough blow. Tampa Bay is just as quick upfront, but with more lineup depth. There are only so many minutes Jones and Werenski can play. Andrei Vasilevskiy is an upgrade to Frederik Andersen.

RIDE THE LIGHTNING AT BETONLINE SPORTSBOOK