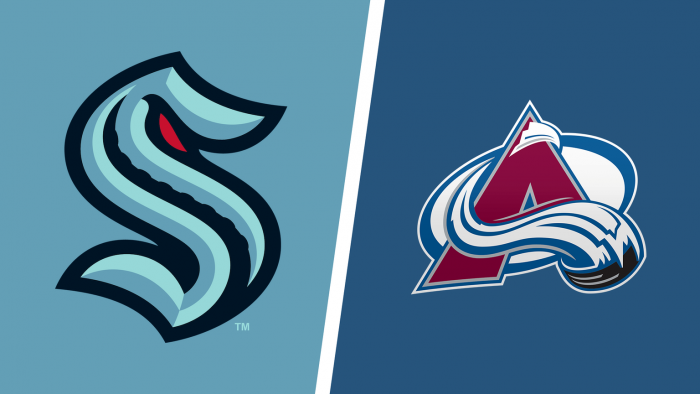 The NHL betting action continues with a two-game Friday night’s card, so we’re taking a closer look at the Western Conference battle at Climate Pledge Arena in Seattle to get you the best Avalanche vs. Kraken betting pick, tips, and odds.

Colorado meets Seattle for the first time, and the Avs are listed as -150 road favorites to win straight up. The Kraken are +136 moneyline underdogs, while the totals sit at 6.5 goals on BetDSI Sportsbook.

The Avalanche search for their fourth consecutive victory

The Colorado Avalanche (7-5-1) are riding a three-game winning streak following a 4-2 victory at the Vancouver Canucks this past Wednesday. After smashing Vancouver 7-1 at home last week, the Avs overcame a 2-1 deficit in Canada, tallying three unanswered goals in the 3rd period.

Colorado converted three of its five power-play opportunities at Vancouver. Center Nazem Kadri led the way with one goal and a couple of dishes, while Darcy Kuemper had a good night between the pipes, allowing just two goals on 34 shots.

The Kraken hope to avoid their sixth straight defeat

The Seattle Kraken (4-11-1) have been terrible as of late, winning only one of their previous eight games at any location. The newcomers are on a five-game losing streak following a 4-2 home defeat to the Chicago Blackhawks this past Wednesday.

Seattle took 14 shots more than Chicago (33-19) but couldn’t find the back of the net for nearly 55 minutes. The Kraken bagged a couple of goals late in the game to make it interesting to watch, while Philipp Grubauer finished with 15 stops and a .833 save percentage.

On paper, the Avs are a much better team than the Kraken, who’s having a rough time in their first NHL campaign. Seattle has struggled on both sides of the ice lately, while Colorado’s form is trending in the right direction, so give me the visitors at moneyline odds.

The Avalanche have won three of their previous four games away from home, including a shootout victory over the reigning NHL champs, the Tampa Bay Lightning. Colorado is slowly building up its form and shouldn’t have any problems outlasting the slumping Kraken.

I would stay away from the totals because of that tricky 6.5-goal line. The Kraken has allowed four or more goals in five straight outings, but three of those five tilts have produced exactly six goals in total.

On the other side, the Avs have scored 17 goals in their last three showings while yielding five in a return. If Darcy Kuemper puts on another strong display between the pipes, I don’t think the Kraken and Avs will combine for seven or more goals.