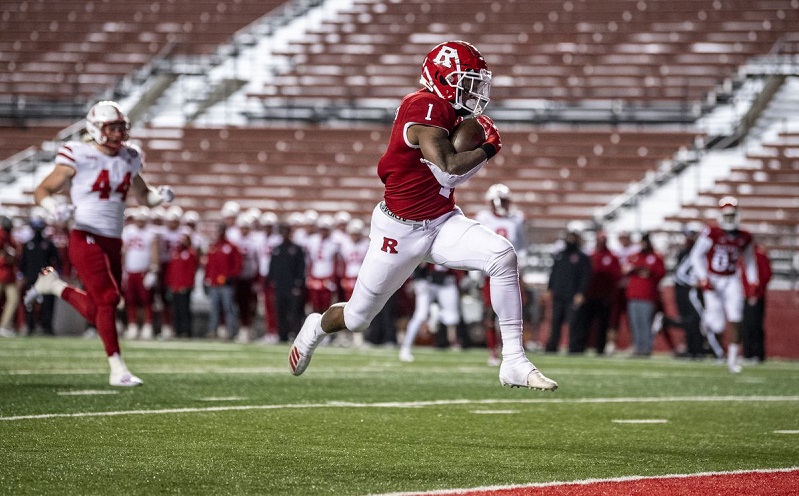 Schiano Looks to Take Next Step with Scarlet Knights

When Rutgers went through the process of bringing Greg Schiano back as head coach, it became a stop-and-go thing, with the deal thought to be lost until an artful recovery on the part of the athletic department brass to rescue it. The decision was very popular, although most skeptics, including some BetOnline customers, pointed out that there was a big difference between the Big Ten and the Big East, where Schiano experienced some success with this program, even getting it into the national rankings.

Well, last year the Scarlet Knights went 3-6 after going 0-9 in the conference in each of the previous two seasons. And they’ll try to get off to a good start on Thursday night as they take on the Temple Owls in an interesting non-conference matchup that will get underway at 6:30 PM ET at SHI Stadium in Piscataway.

Rutgers managed to beat Michigan State right out of the box, which was big. They later scored wins over Purdue and Maryland, both times as an underdog. In fact, the Knights were favored only once in the 2020 season, and in that game they lost to Illinois.

And this is why it’s quite intriguing that Schiano’s team is being asked to carry a heavy number on Thursday night. In the college football odds that have been posted on this game by the folks at BetOnline, they are laying more than two touchdowns:

And don’t forget that Odds Boosters give you a lot of value, so check them out!

The big bonus for Rutgers this season is that they get all of their defensive starters back and ten of the eleven on offense. Schiano will pound the ball if at all possible, and in that respect Temple may look inviting, as they yielded 4.8 yards per carry last season.

What head coach Rod Carey has done is reach out into the Power 5 to stock his stop unit with transfers. That includes cornerback Cameron Ruiz, who was a starter at Northwestern.

Both Schiano and Carey will reap the benefit of being able to have a spring camp. Who does that help more? Well, it might be more difference-making for Temple, which had almost nobody who could appear in all seven games, with 40 different starters along the way.

There is some speculation here, but we think that the Owls may have found some useful new blood at the quarterback position, in the wake of the departure of Anthony Russo (grad school at Michigan State).

D’Wan Mathis was a starter at Georgia, albeit briefly, and he has had no problem picking up the full playbook. Mathis has already made a comeback from surgery to remove a brain cyst, and his versatility gives Temple a chance to be more dynamic on the offensive end.

We wonder a little about Noah Vedral, who Schiano has behind center for Rutgers. It’s not that the guy isn’t experienced; he’s gone from Central Florida to Nebraska to the Scarlet Knights. He completed 61.5% of his passes and had a so-so ratio of nine TD’s to eight interceptions last year.

Well, Schiano’s team can score enough, with 20or more points in eight of nine games in 2020, compared to just three times in a dozen contests the year before. But we’re very wary about laying this lengthy number. Take the points.

BetOnline has you ready for the 2021 college football season. Do NOT look anywhere before you see the vast selection of wagering possibilities they have to offer…… Don’t forget that Odds Boosters give you greatly enhanced payouts on pre-selected parlays, and that Bitcoin is one of the many ways in which you can make a deposit!