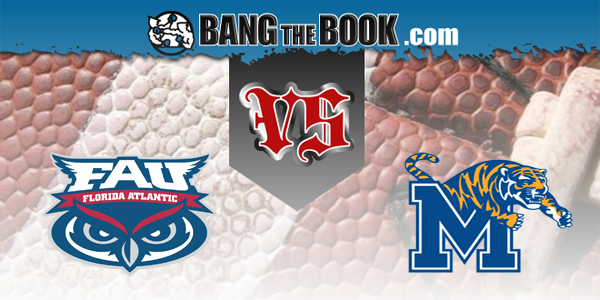 College football bowl season can be a strange thing. The Florida Atlantic Owls are traveling to a place where very few of their fans would like to go. But there was a bowl game involving two different teams (BYU and UCF) in their home stadium last night.

So the moral of the story is that bowl “slots” suck. You know it. I know it. Everybody knows it.

So FAU takes this trip to face off against a rather capable offensive team in the Memphis Tigers. And to add to the confusion, the Montgomery Bowl is being played at a stadium called the Crampton Bowl – in Montgomery, AL.

You may recall that Ryan Silverfield took over the Memphis program before a Cotton Bowl matchup with Penn State last season, after Mike Norvell decided to bolt for Florida State. Don’t get us started about how the NCAA allows coaches to leave kids flat right before one of the biggest games in the history of the program.

There was a vacancy for Norvell after Willie Taggart got the boot at FSU. Have we followed that right? And now Taggart, who moved down-state to Boca, has these Owls in the post-season.

Probably the key figure in FAU’s season hasn’t been Taggart, but defensive coordinator Jim Leavitt, who has a long coaching career that included pretty much starting the program at South Florida from scratch. Last season he was listed as an “analyst” under Taggart at Florida State, and then after the move south, Taggart asked him to “Analyze This” apparently, and Leavitt indeed has the Owls 16th in the nation in Total Defense. And that is what produced the 6-3 record (3-5 against the spread).

Only Southern Miss, in the season finale, tallied more than 20 points against FAU. And the 45-31 loss, in which the Golden Eagles gained over 500 yards (305 on the ground) was a downer. But they were able to keep Marshall from getting things out of hand in a 20-9 loss in the season’s second game.

Since they are 12th nationally in pass defense, the Owls would seem to have a chance in the matchup against QB Brady White, who had 3,096 passing yards and 28 touchdowns on 60% completions – especially as the Tigers appear to have abandoned their run game.

But frankly, the FAU offense is painful to watch sometimes. Granted, QB Javion Posey has averaged 7.2 yards per carry. But he’s only a 50% passer. And Nick Tronti is not much better, averaging 5.6 yards an attempt. Yikes! Taggart wouldn’t dare turn to his own son, who had only two pass attempts and five carries this season.

This does not exploit the Achilles heel of the Memphis squad, which has been its inability to stop passing attacks. But that may not mean as much against the Owls, who simply have an execution problem. And these days, good offense can beat good defense. I mean, do you think FAU is going to corral Tahj Washington (18.2 yards per catch) or Calvin Austin III (17.1)?

The Owls, who will be without running back Malcolm Davidson (7.1 ypc), scored just 20 points a game, and that kind of production is simply not good enough to keep pace with the Tigers and White. Lay the chalk.

If it’s bowl season, then it must be time for a lot of value at BetAnySports. You know, you can get reduced juice on all these games, and then after it kicks off, you can keep things going with Sports Betting Prime…… Make your deposits in a number of different ways, including the virtual currency of Bitcoin, which is fast and easy with their automated system, and NEVER incurs a transaction fee!

NBA Odds & Preview — Grizzlies vs. Spurs: Does Pops Have Something Up His Sleeve?