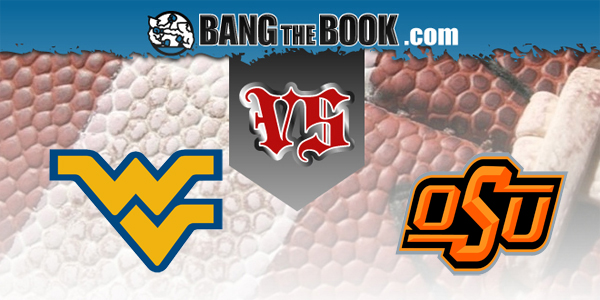 You have to wonder how the Oklahoma State Cowboys were trailing into the fourth quarter against a team they had used for a punching bag for many years. They were fortunate to have come out of last week’s game against Tulsa with a victory, and now they have to face what may be a more formidable foe as the West Virginia Mountaineers come to Stillwater in a Big 12 matchup that gets underway at 3:30 PM ET. BetAnySports customers can get reduced juice to bring more value, and then take advantage of Sports Betting Prime, which offers an opportunity to place wagers while the action is in progress.

OSU trailed Tulsa 7-3 through three quarters, as fans following the game around the country were a little shocked. Perhaps they didn’t know that Spencer Sanders, Oklahoma State’s starting quarterback, had been knocked out of the game with an ankle injury. Coach Mike Gundy inserted Ethan Bullock into the game, and the result was just 72 total yards in eight drives. Looking for an answer, he then turned to true freshman Shane Illingworth, who was able to move the team through three drives which produced 136 yards and all 13 fourth quarter points. OSU had escaped.

So the situation is this – Sanders’ status is still unknown because of the ankle injury, and if he is not able to go, most would expect that Gundy will bypass Bullock, the junior college transfer, and go back with Illingworth, who may not have a lot of experience taking snaps with the first team, but has lots of ability.

West Virginia beat Eastern Kentucky 56-10 in its season opener two weeks ago. From this point forward it’s only Big 12 opponents. Jarret Doege, who threw for over 4000 yards and 40 touchdowns in two seasons at Bowling Green before transferring, went 19 for 25 with three TD’s against EKU.

Neal Brown, who helped Troy gain a reputation as a giant-killer in his tenure there, is in his second season as head coach in Morgantown. He succeeded Dale Holgorsen, who had also served under Gundy as offensive coordinator for OSU.

In the college football betting odds posted on this game by the people at BetAnySports, Oklahoma State is the favorite at Boone Pickens Stadium:

It is reasonable to think there is going to be some progress on the part of West Virginia in Brown’s second season. And Doege, who was put into the lineup with just four games left last season, added something of a spark, although it didn’t add up to a lot of points. He’s in his fourth year of college football, but he’s still a junior by virtue of the fact that he was able to maintain his redshirt last season.

There will be something of a test here, because Oklahoma State brought back almost its entire starting defensive lineup. Not that this was a dominant unit in the Big 12 last year, but,well, they helped keep the Cowboys in the game against Tulsa.

Sanders’ availability is an important factor for a lot of people. After all, as a freshman he had 2065 yards through the air, 620 more on the ground, and was named Big 12 Offensive Freshman of the Year. But we’re thinking that Illingworth, who was one of the five or six highest-rated quarterbacks in high school last season, and has the kind of size NFL teams are looking for, will greatly benefit by having some more practice time with the first team. OSU has the big guns here, in running back Chuba Hubbard (over 2000 yards last year) and wide receiver Tylan Wallace (Biletnikoff Award finalist in 2018). We’ll look for a bounceback effort and lay the points with this favorite. OSU

BetAnySports affords you a lot better deal with reduced juice, and you can place wagers in real-time during the game through the magic of Sports Betting Prime……. They’ve cleared the way for lots of deposit methods – including your debit or credit card, person-to-person transfers and the virtual currency of Bitcoin, which is fast and easy with their automated system, and NEVER incurs a transaction fee!