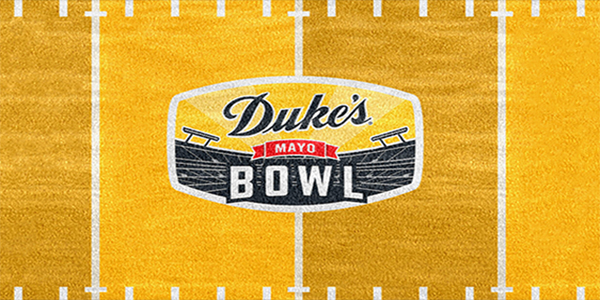 It is a crazy college football season and thus some of the postseason have lost a bit of luster. In fact, we have seen bowl games canceled, not to mention teams who have refused to play in them.

Two of the teams that have been affected by the COVID-19 attacks are the Wisconsin Badgers of the Big Ten and the Wake Forest Demon Deacons of the ACC, and they will face off in the Duke’s Mayo Bowl in Charlotte on Wednesday.

You should know that if you are signed up with BetAnySports, you can enjoy reduced juice to help you get a better deal on the odds, not to mention Sports Betting Prime, which offers real-time wagering after the kickoff.

And speaking of the kickoff, it takes place at Noon ET.

Wisconsin has had several players who have been counted out due to the coronavirus, and some of them are expected to be in action for them in this game. Wake Forest played only six games, and just once since early November, so perhaps they are hurt a bit by that. They looked rusty in losing their last game to Louisville on December 12.

This Wisconsin team has been up-and-down, to say the least. They have scored better than 40 points in victories over Illinois and Michigan, but only a total of 40 points over their last four games.

Graham Mertz, the highly-rated recruit and redshirt freshman, came in with a bang in his first start, throwing for 248 yards and five touchdowns. But he hasn’t caught lightning in a bottle since then, with just three TD passes and five INT’s since. And in the December 19 game against Minnesota, he was scrambling on a red zone play and took a head blow that took him out of the game. He says he is “good to go” for this one, but when you take a look at the situation, he hasn’t had a lot of time to get ready. The same can be said of head coach Paul Chryst and his staff, and he admits it. That’s what happens when the regular season almost extends all the way into the bowl season.

This is not the same Wisconsin team you’ve become used to. While it is true that they rank #1 in the nation in Total Defense, allowing just 263.5 yards a game, they have been largely ineffective on the offensive end. And they don’t have that punishing ground game, as they did with Jonathan Taylor last season, averaging a rather pedestrian 4.1 yards per carry and ranking 58th in the nation.

So we don’t want to mythologize with them too much.

There is nothing necessarily all that impressive on the defensive end. In fact, they are rather ordinary, surrendering 31.6 points a game with a stop unit that ranks 78th nationally in yards allowed.

But this is an offense that operates at a swift pace – averaging 80 yards a play, the 8th most in the country – yet takes excellent care of the ball. Maybe quarterback Sam Hartman isn’t always swinging for the fences, but he has averaged 8.1 yards an attempt and tossed just one interception in 236 attempts. As a team, the Demon Deacons have turned the ball over only twice for coach Dave Clawson. And for an up-tempo team, that is kind of remarkable.

This is an intriguing game to handicap, but it is also a crapshoot because there is so much unknown. One of the unknowns is whether Mertz is telling the truth when he says that the offense was “clicking” before he went out in the Minnesota game. What we DO know is that Wake Forest doesn’t beat itself very much. And in a game where genuine prep may have been at a premium, that counts for something. So we’ll take the points.

If it’s bowl season, it’s the season for BetAnySports! Get ready for great deals on the odds with reduced juice, as well as real-time action through Sports Betting Prime…… Get on board with an account with deposits from your debit card, credit card, person-to-person transfers or the virtual currency of Bitcoin, which is fast and easy with their automated system, and NEVER incurs a transaction fee!