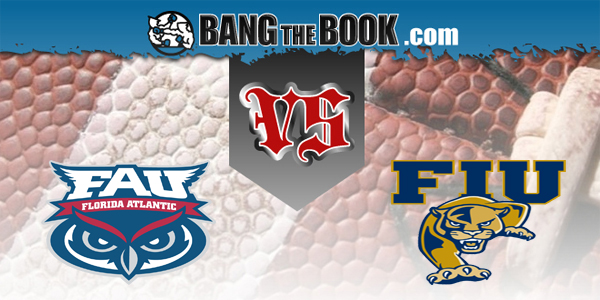 We’re not sure how much the Shula Bowl means on the local south Florida landscape anymore. By this time these programs are far removed from the Don Shula influence. Of course, that wasn’t the case in the beginning.

BetAnySports customers might not be surprised to learn that the football programs for both the Florida Atlantic (FAU) Owls and the Florida International (FIU) Panthers were essentially founded by individuals with a strong connection to that period of time in which Miami experienced the most success with the Dolphins.

Don Strock, the consummate backup quarterback who served Shula and the Dolphins for many years, was the first coach at FIU.

Howard Schnellenberger, a former Shula assistant with the Dolphins who also brought Miami its first national championship, truly epitomized the role of the “founder” to a greater degree. He started the FAU program from scratch and took over every aspect of it. He also got the school into a bowl game in its fourth year in the FBS (Division I) ranks.

But these programs have evolved over the years, and others have taken control. And that includes Mario Cristobal (FIU), who is now at Oregon, and Lane Kiffin (FAU) , who has been about everywhere.

Wille Taggart is now coach at FAU, while Butch Davis is in place at FIU.

The connection with Shula is outdated enough that Drew Mehringer, who is the co-offensive coordinator for FAU under Taggart, didn’t even understand where this yearly rivalry game got its moniker.

Taggart has been somewhat nomadic, coaching at Western Kentucky, South Florida, Oregon, Florida State and now Florida Atlantic since 2012, amassing a 59-63 record. FIU coach Davis has a more decorated career, as an assistant at Miami, where he won a national championship, then with the Dallas Cowboys, where he won two Super Bowls, as a head coach at Miami (which was on the brink of winning another national title), and even got the Cleveland Browns to a playoff game.

Yet Taggart and FAU have had the edge in this series, winning 13 of 17 meetings, including the last three, which they have won by a 138-45 margin.

And FAU is also the double-digit favorite in this game, according to the college football betting odds at BetAnySports. Kickoff is 7 PM ET on Friday, at Ricardo Silva Stadium on the FIU campus.

The rivalry, simply from a geographic perspective, is intense on both sides. Many of the players were recruited by both schools. And we may be looking at a defensive battle – or more appropriately put, a non-offensive battle.

Javion Posey, a redshirt freshman, had to come in for injured starting quarterback Nick Tronti in the fourth quarter of a 3-3 tie with Western Kentucky last week. And while he did not light the world on fire – in fact, he didn’t complete a pass – but he did score FAU’s only touchdown on an 11-yard run to give Taggart a 10-6 victory over his former school.

Posey will get the starting nod on Friday. But his arm is something of a liability. And it may continue to be (the other alternative is Taggart’s son, Willie Jr.).

The good news is that running back Malcolm Davidson, who has been dealing with injuries to his hamstring and foot but has averaged 7.5 yards a carry when he’s been able to play, should be back in the lineup.

FIU’s season has been choppy at best. They are winless, for certain, but in the season opener they took Liberty – now an undefeated and ranked team – to the limit in a 36-34 loss, then lost as a favorite at home to Middle Tennessee, and suffered a 19-10 loss to FCS entry Jacksonville State, which also gave Florida State life-and-death.

And because of COVID-related concerns that canceled games against Marshall and UTEP, they haven’t played for three weeks.

FAU averages just 16 ppg, and that is a big concern when they are being asked to cover a double-digit margin on the road, but they have shown some defense, ranking 15th in the nation in yards allowed per game. Both of these teams, however, are outside the top 100 in total offense.

The Owls may well win this game by the required margin – they’ve surrendered just 11.5 ppg- and we don’t know if we should expect anything out of the FIU quarterbacks, who have averaged 93 yards passing. Considering you might see a shower or two, perhaps the UNDER is the most judicious way to go here.

Friday presents some college football wagering possibilities, and BetAnySports makes it a big night, with reduced juice for better odds and Sports Betting Prime for real-time wagering……… They make a lot of payment options available. These include debit cards, credit cards, person-to-person transfers and the virtual currency of Bitcoin, which is fast and easy with their automated system, and NEVER incurs a transaction fee!