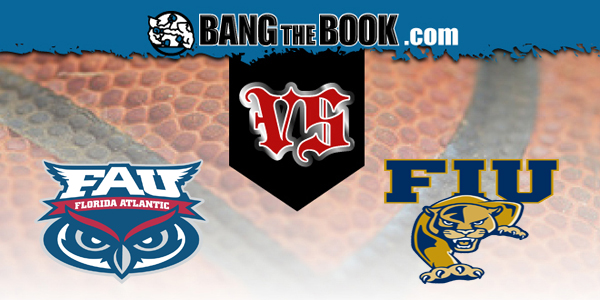 The FIU Panthers seem to have toned down their act a little, and they are getting some results, although perhaps not to the level that they have been looking for. On Thursday, they’ll be engaging in a “Battle of Florida” as they play host to the FAU Owls in a Conference USA game that begins at 7 PM ET at the Ocean Bank Convocation Center in Miami.

Remember that if you are a BetAnySports customer, you can place wagers in real time with Sports Betting Prime.

Jeremy Ballard came over from his job as an assistant at VCU to take the reins at FIU. And his intention was simple – to turn up the pace of the game as high as possible on both ends of the floor.

But not necessarily by intention, that design is not working as expected.

Two seasons ago the Panthers led the nation in steals. Now they are just 28th in steal percentage. Last year they topped the nation in blocks. They are 96th now. Two years ago they were the “fastest” team in the country, shooting the ball quicker in the shot clock than anyone. At this moment they are 49th.

The departure of Osasumwon Osaghe had an effect. The former FIU center was the top shot-blocker in the country last season, averaging 5.6 per game.

It’s not a bad thing to play at a fast pace, if you can get down the court in a hurry and nail open threes. But FIU hasn’t been able to do that.Obviously they’re trying to do that; they have taken 49.5% of their shots from downtown. But they are hitting just 35.3%,which is nothing extraordinary.

We’ll explore further. Here are the college basketball betting odds, as they are posted at BetAnySports:

Interestingly, FAU coach Dusty May would like to play up-tempo, with a lot of pressure defense. But their pace is not exactly “break-neck.” And not for nothing, when you look at their five wins, consider the opponents – Mobile, Florida National, North Florida, Florida Memorial, Florida College. Even Florida residents haven’t heard some of those schools.

Sure, they have had a “look” in a couple of losses – to Old Dominion and South Alabama (in the season opener) – but they have been low-impact to say the least. The Owls are not a good shooting team, and they are below 30% from the arc and just 61.5% from the line.

A liability for FIU – at least lately – has been 6-1 guard Antonio Daye, by far the guy with the most “usage.’ Last year he led Conference USA in assists, but in his last three games he’s had only seven assists and 24 turnovers. Daye has also missed his last eight triples. We’ve seen better from him; do you think he’s due for a better game?

The bad news for FAU is that they committed 23 turnovers in their last outing against Old Dominion. Leave these “ducks” out; in the conference games, they have a turnover rate of 26.6%.

That will leave them vulnerable here. And they don’t have the firepower to stay with FIU. So we’ll lay the points.