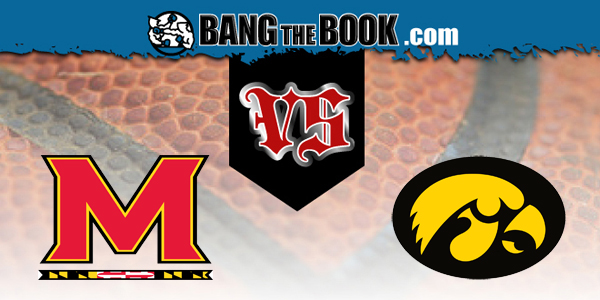 Certainly when the time comes to choose seeds for the NCAA tournament, the Iowa Hawkeyes plan to be in contention for one of the top positions. And it appears that they can beat almost anyone in the country – anyone, that is, with the exception of top-ranked Gonzaga. On Thursday night they will take their show on the road against a dangerous Big Ten opponent when they face off against the Maryland Terrapins in a game that starts at 7 p.m. Eastern time at the Xfinity Center in College Park, MD.

This game will be televised by ESPN2, and if you are signed up with BetAnySports, you’ll be able to get reduced juice for better odds, as well as the opportunity to place wagers during the game itself through Sports Betting Prime.

In an age when successful coaches seem to always be looking to jump to the next financial opportunity, here are two mentors- Fran MccCaffery of Iowa and Mark Turgeon of Maryland – who have spent at least a decade at their current locations. Turgeon would like to have gotten his Terps off to a better start, but you can almost excuse the 6 – 5 record, considering that they played some very formidable opposition along the way. Undoubtedly we are going to see the likes of Clemson, Rutgers, Michigan, Indiana and Purdue in some kind of a tournament come March. So you can’t fault Maryland all that much for coming up short.

And they have demonstrated the ability to beat ranked opposition, as they have hung a 70– 64 defeat on Wisconsin.

Iowa is, of course, led by one of the leading Player of the Year candidates in Luka Garza, a 6 – 11 center with a lot of skills. And inasmuch as he is a senior, he brings much-needed experience to the table as the Hawkeyes move forward in an attempt to win the Big Ten regular-season title.

In the college basketball betting odds posted on this game by the folks at BetAnySports, Iowa is laying points as the visitor:

You can say what you want about Maryland’s most recent effort against Indiana, which resulted in a 63 – 55 defeat. You can say that they played some excellent defense at the three-point arc, which kept them in the game, or that the Hoosiers were just blowing cold. But they did manage to hold Indiana to just four triples in 22 attempts. And that included zero-for-nine in the first half. But they just couldn’t put together a solid defensive effort. Maryland looks to limit the number of possessions as much as they can, and that also includes on the defensive end, where opponents have had the ball an average of 19 seconds.

But they are really going to have to turn in a sizzling defensive effort to keep themselves afloat against this Iowa squad, which has scored a victory over a Purdue team that has already beaten the Terrapins. Iowa, statistically speaking, leads the nation in Adjusted Defensive Efficiency. This is a team that shoots with an impressive degree of accuracy on both the outside and the inside, and a lot of credit for that has to go to Garza, who is easily among the nation’s top offensive players.

Garza has shot 62% from inside of the 3-point arc, and he is enough of a threat from the outside that he keeps defenders honest. Iowa may have been outclassed a little in that previous 99 – 88 loss to top-ranked Gonzaga, but Garza had 30 points and ten rebounds in that contest.

And Iowa isn’t going to give Maryland anything cheap either – their turnover rate is just 13.3% of possessions, and that’s the fifth-best figure in the country. Four of Maryland’s five losses (with Purdue being the exception) have come by at least eight points. So we can lay the number here with a certain degree of confidence.