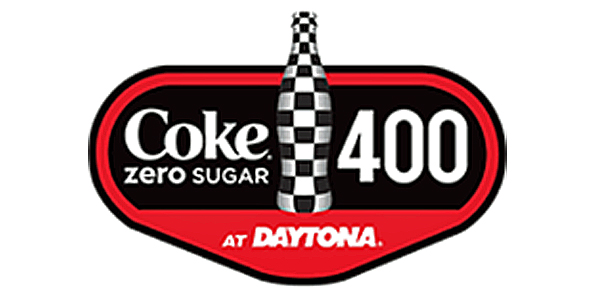 We’ve come to the end of the most unique NASCAR Cup Series regular season ever. The COVID-19 pandemic interrupted the sport from March 8 to May 17. NASCAR officials managed to reschedule a bunch of races, finagle the schedule to include some back-to-backs and safer race locations, and got to this point. Twenty-six races were originally scheduled for the regular season and the 26th race will commence on Saturday at Daytona International Speedway.

The Coke Zero Sugar 400 will finish out the regular season and send us into the playoffs, where the Round of 16 begins next Sunday at Darlington Raceway. Credit to the teams, drivers, pit crews, NASCAR officials, local officials, and everybody else that had a hand in creating not only one of the most memorable NASCAR seasons, but perhaps one of the best.

The sport was able to take advantage of the absence of a lot of other sports in May and June to create a new generation of race fans and the early events were filled with drama.

We’ll have some additional drama here this week with the last race of the regular season and some playoff spots up for grabs. We’ve got odds from MyBookie Sportsbook for Saturday’s race and after we list those, we’ll break this one down for you.

Denny Hamlin is the +700 favorite here and then things get really interesting. As you would expect with a race like this, the odds for the middle tier and long shot drivers get compressed a bit. Though these aren’t technically restrictor plate races anymore because a tapered spacer is used instead, the idea is still the same. The cars are brought down to a more level playing field to cut down the speed on the big track.

As a result, the prices get bumped down. There is also the high likelihood of a big wreck that takes out a chunk of the field, as we’ve seen with lots of races at Daytona and Talladega. That adds some additional variance to the race and the odds reflect that.

There are three playoff spots up for grabs. I’d say more like two, with Bowyer likely in. Those are between Matt DiBenedetto, William Byron, Jimmie Johnson, Erik Jones, and Tyler Reddick.

Johnson sits four points behind Byron after a pretty good weekend at Dover. DiBenedetto is five points ahead of Byron. Johnson does have one bonus point. Byron has two. That could come into play with this race. We’ll just have to see how it all plays out. As we know, a lot of things can happen at Daytona.

Fifteen different active drivers have a win at Daytona. This is the third stop of the season, but the most recent race was on the road course. This one is back on the speedway oval. Johnson and Hamlin are tied for the most wins with three. Kenseth and Harvick each have two. Everybody else has one.

Kurt Busch actually has the most top-five finishes with 13. Johnson has 12 and Harvick has 10. Hamlin has nine, but has done so in 29 races, while the others have at least 37. Kyle Busch has eight in his 30 races and Logano has six in 23 races.

The past results simply speak to the variance level of this race. Austin Dillon is the highest average finisher with at least 10 starts. Bowyer is second. Hamlin is third, but we’re talking about highest average finishes of 14.9, 16.4, and 16.8, respectively. It is hard to consistently run well at Daytona because of the restricted speeds and the crashes.

So, there are a lot of ways to look at this weekend. Drivers outside the playoffs obviously have everything to gain and everything to lose. There are also incentives for having extra playoff bonus points that will help you to the next round. There are three short-track races in the Round of 16 and that isn’t great news for a lot of the drivers.

Remember that Ryan Newman was in line to win the Daytona 500 before that scary and horrific crash. Denny Hamlin wound up winning and Ryan Blaney was second. Newman ultimately finished ninth and missed the next three races.

This is the type of place where it makes sense to try some longer shots. A guy like Dillon, who has a win and is the highest average finisher. He seems to like the restrictor races. Dillon is also a guy that doesn’t have anything to worry about this week. He’s punched his playoff ticket already, so now he can go aggressively to try and get some more playoff points. He’s +3300.

Somebody like a Tyler Reddick, who had Xfinity Series wins at both Daytona and Talladega. He hasn’t run well in his three Cup Series restrictor races to this point, but he’s had some good runs this season. He’s +4000.

Ultimately, a shorter price like Hamlin at +700 or Logano at +1000 probably wins. My favorite of the short prices is Ryan Blaney at +1000. Blaney was right there in the 500 and won at Talladega. He was the Daytona 500 runner-up in 2017 and led the most laps in 2018. He also won the playoff race at Talladega last year.

With that, this week’s picks are Blaney at +1000, Dillon at +3300, and Reddick at +4000. Matchups are even tough to play this week, but you have to think Johnson has a good run and maybe even gets some help in what could be the last playoff push of his career.

BET ON THE COKE ZERO SUGAR 400 AT MYBOOKIE SPORTSBOOK!