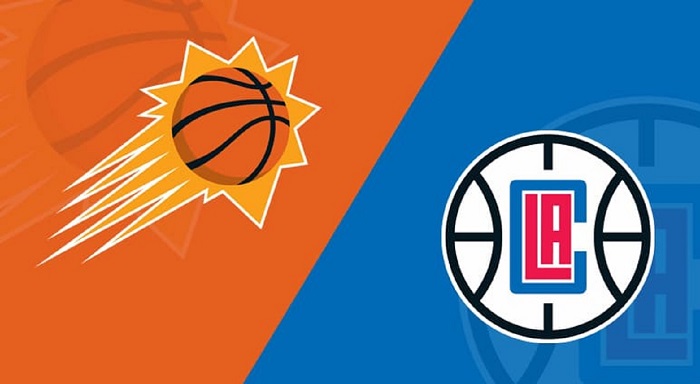 The Phoenix Suns are one win away from the organization’s first trip to the NBA Finals since 1993. That team, coached by Paul Westphal, was led by Charles Barkley, Dan Majerle, Kevin Johnson, and Danny Ainge. Just in case you needed to feel really old today.

The Los Angeles Clippers will try to stave off elimination and force Game 6 back at the Staples Center on Wednesday. If they are unsuccessful, the Western Conference representative will punch a ticket to the Finals long before the Eastern Conference rep. The Suns are favored by 5.5 points at MyBookie Sportsbook with a total of 214 with a chance at making history.

Game 4 was ugggggggggly. It was very ugly if you are a Clippers fan, as Los Angeles managed just 80 points in the 84-80 loss. This series has been played at a very slow pace and Game 4 was slow and just a bad display of basketball on the offensive end of the floor. The Clippers scored 20 or fewer points in three of the four quarters.

The reality going into Game 5 is that the Clippers might simply be out of gas. They only made 27 shots in Game 4, going 27-of-83 overall and just 5-of-31 on three-point shots. They scored 21 points at the free throw line, but wound up missing 11 of those opportunities, too.

Reggie Jackson jacked up 24 shots and Paul George took 20. They combined for 43 of the 80 points that the Clippers scored. It wasn’t even like the Clippers turned the ball over a ton. They had 10 turnovers. It was just a remarkably slow game with a lot of contested shots and generally bad offense for the Clippers.

After shooting 45% from the floor and 35% from three in the big Game 3 win, it was like watching a completely different team. The reality is that the Clippers are a completely different team. The loss of Kawhi Leonard has taken a huge toll and the guys that were the heroes late in the series against Utah, players like Terance Mann and Luke Kennard, just haven’t had the same success.

The Clippers are dealing with an injured Marcus Morris, who is trying to gut it out as much as possible, but it sure seems like the Clippers, who are playing their 18th game of the playoffs on Monday night, just don’t have much left in the tank.

By comparison, Phoenix is much, much fresher. This will be their 15th game of the playoffs and they had a long, extended break between the second round and the Western Conference Finals. Chris Paul, who was far less than 100% in the series against the Lakers, seems much healthier now, especially with the COVID-19 positive that kept him out of the first two games and gave him 10 days off.

Paul was actually not great in Game 4. Most of the Suns weren’t. Paul was 8-of-22 from the floor and had four turnovers to go with seven assists. Cameron Payne also wasn’t great in his 19:52, going just 2-of-8 from the floor. Sometimes the NBA Playoffs are about winning when you simply don’t have it. When you are not at your best.

Devin Booker was 8-of-22 in the game and had five turnovers before fouling out. It was a weird night all around for the Suns, except for one key player. Deandre Ayton, who has been stunningly efficient on the offensive end of the floor, had 19 points and 22 rebounds, including nine huge ORebs to help the Suns to the brink of advancing to the NBA Finals.

Ayton is shooting nearly 70% in the series and the Suns have worked him into the fold a little bit more. Booker is still the leading scorer with 100 points over four games, but he is shooting 37.5% overall and just 23% from three. Other guys have helped out. Tremendous contributions from the starters and the bench players are why the Suns look like they will advance. It may not happen on Monday, but they have three cracks at it.

Three of the four games in this series have been close. Coincidentally, the Suns have won all three of those. They’ve paid attention to the details. They’ve done the little things. They’ve helped out more on defense. They have 21 more assists than the Clippers, so they’ve shared the ball well. This has been an impressive display from Phoenix.

Do the Clippers have anything left in the tank? Paul George spent a good bit of time sidelined during the regular season and he just doesn’t seem capable of that “Kevin Durant Moment” like we saw from the Brooklyn Nets against the Milwaukee Bucks in Game 5. Secondary scoring has been tough to come by after Reggie Jackson and the Clippers just aren’t sharing the ball effectively and aren’t defending well enough.

This series should be over on Monday and if the Suns do get out to a lead, the Clippers may simply hit the wall.