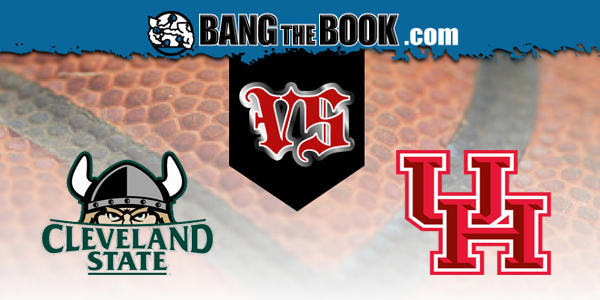 The First Four games provided all kinds of intrigue in the NCAA Tournament, but the First Round begins today and many believe this is when the Madness truly starts. There are so many directions that we could go with a spotlight game, but I want to talk about what I believe is the best bet on the board.

For that, we’ll head to the 7:15 p.m. ET time slot in the Midwest Region where the Cleveland State Vikings take on the Houston Cougars. Houston is a 20-point favorite per Bovada Sportsbook with a total of 134.5. This is the #2 vs. #15 matchup and the game will be played at Assembly Hall on the Indiana University campus.

The Vikings are back in the NCAA Tournament for the first time since Norris Cole became a cult hero that got drafted by the Miami Heat. Credit to Dennis Gates, who oversaw a Vikings run that culminated with a Horizon League Championship. The Vikes went 16-4 in the Horizon League regular season and 19-7 overall, with losses to Toledo, Ohio, and Ohio State in the non-conference.

The Vikings beat Fort Wayne in triple overtime to survive their first game in the conference tournament and were fortunate to get six days off before having to play Milwaukee. Wins over the Panthers and the Oakland Golden Grizzlies punched a Golden Ticket to the Big Dance.

Not to take anything away from Cleveland State, but they are #1 in Ken Pomeroy’s Luck Factor and #2 in Bart Torvik’s F.U.N. metric, which stands for Fortune Unexplained by Numbers. Cleveland State was 8-3 in games decided by six or fewer points and 18-3 against Quadrant 4 teams. The Vikings were 1-4 against Quadrant 2 or better teams.

Houston will be the best team that the Vikings have played. This is a Cleveland State team that allowed opponents a 31.8% ORB% and a 50.9% 2P% while facing mostly Horizon League squads. The Vikings did hold the opposition to a 30.8% 3P% in a conference where teams shot 34.3% on three-pointers. The Horizon League was eighth nationally in 3P% on offense, but Cleveland State’s defensive prowess on the perimeter is a big reason why they are in this spot.

Offensively, the Vikings shot 52.1% on two-point shots in a conference that was tied for sixth in 2P% at 50.9%. Cleveland State is a scrappy team and a team with a heightened sense of belief, but this is an altogether different challenge.

Dennis Gates told the story of one of his interactions with Kelvin Sampson on Twitter when it was announced that the Vikings would play Houston. My concern here is that Sampson calls off the dogs, to go ahead and spoil my play. But when you look at Houston compared side-by-side with Cleveland State, this looks every bit of a 20-point mismatch.

The Cougars go into this one ranked first in eFG% defense and 13th in adjusted defensive efficiency. Houston is top 10 in 3P% defense, 2P% defense, and Block%. Houston has allowed opponents to make 28.5% of their three-point attempts and 43% of their two-point shots. Houston does struggle a little bit on the defensive glass, but Cleveland State is unlikely to be able to exploit that weakness like the Vikings did in Horizon League play.

The AAC wasn’t a great conference by any means, but it was certainly stronger than the Horizon. Houston is not the best shooting team in the field by a long shot, but the Cougars take good care of the basketball and rank second in ORB% in the nation. They’re also a good free throw shooting team if it comes down to that, as Cleveland State could have major issues with the size of the heavy favorite in this game.

Houston is a 35.5% team from three and does take a pretty high rate of them at 42.3%. The second-biggest concern beyond Sampson taking it easy on one of his former protégés is that Houston ranks 313th nationally in tempo. They are a slow-paced team. Maybe the excitement of the NCAA Tournament will speed them up a little bit, but it is usually easier to get margin if you play to more possessions.

Nevertheless, I don’t see how Cleveland State scores in this game. This feels like a 75-45 or 75-50 type of game. Houston will get theirs. They are a pretty efficient offense that will get a lot of putback points and should have a pretty big free throw discrepancy.

The Cleveland State offense does not really stand out in any discernible way. They settle for a lot of mid-range jump shots and their highest-usage players are poor three-point shooters. If Houston stays engaged all game long, then the Cougars should cover this number.

If you want, rather than the full-game -20, you could look up the first half at -11.5. Houston should get out early in this game. The end-game situation with the bench emptied could make it tough to cover the full game. Cleveland State team total under isn’t a bad idea here either. With a spread of 20 and a total of 134.5, the expected final score would be around 77-57. I’m not sure Cleveland State gets that many points.