The last time the Cleveland Browns won a road playoff game, they were playing the Dallas Cowboys at the Cotton Bowl, a stadium that still stands as the backdrop to the State Fair of Texas but really only hosts one game of note these days, the yearly battle between the University of Texas and Oklahoma University, known as the Red River Rivalry. Cleveland beat Dallas but then lost to Minnesota, as the Vikings would advance to Super Bowl IV and fall to Kansas City. That long streak ended last week as the Browns shocked the Pittsburgh Steelers, scoring 28 points in the first quarter and holding on for a 48-37 victory.

The Kansas City Chiefs, who rested Patrick Mahomes and some other key starters in Week 17 and then had a bye last week, are the next stop on Cleveland’s playoff tour. Can the Browns pull off two straight upsets, or is Cleveland’s playoff journey about to come to an end? Check out our thoughts on this divisional playoff contest. 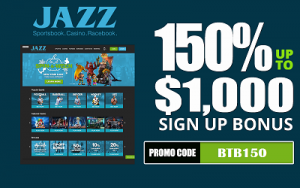 Why the Browns Will Win

The Chiefs have played with fire throughout much of the second half of 2020 – and they also played with fire in the playoffs last year. In each of their three playoff games a year ago, they trailed by at least ten points but then roared back to win. Down the stretch this season, they won in Weeks 10 through 16 by a combined 26 points. They seemed to show that they could flip a switch and play actual football when they needed to, but when does that become a recipe for disaster?

The Browns have shown that they can deal with adversity. They basically had two in-person practices in the two weeks before the wild card game, and they didn’t have head coach Kevin Stefanski or their Pro Bowl left guard in Pittsburgh, thanks to the COVID-19 protocols, but they kept plugging away. Nick Chubb and Kareem Hunt are a nightmare duo at tailback, both capable of putting up big plays to keep drives going. This duo was first in the NFL in second-level yards, which means yards that they gain after they pass the line of scrimmage. Can they keep the Chiefs off the field? Can they keep the Chiefs from scoring in a couple of plays after they have ground out 12-play drives of their own? If you like the Browns here, then you think the answer is yes.

Why the Chiefs Will Win

The Kansas City Chiefs had 69 passing plays of 20 or more yards in the regular season. That was second in the NFL behind the Houston Texans, who had 70. If we’re going to be frank, the Chiefs should shred the Cleveland secondary. If the Browns thought that keeping up with Chase Claypool and JuJu Smith-Schuster was tough, then stopping Tyreek Hill, Sammy Watkins and Travis Kelce is going to be a whole new experience.

If Kansas City can keep the scoring going and avoid costly penalties and turnovers, they should be able to run away from the Browns. Baker Mayfield moves the ball with the running game and the play-action game. He will be able to find some receivers down the field, but I see this turning into a track meet that the Chiefs win.

I have all kinds of respect for what the Browns have done this season. It’s possible that the Browns will get off to a hot start and go into halftime with a lead. But I don’t see them holding that lead against Patrick Mahomes.

The Kansas City Chiefs were one of the top teams in the American Football League, winning league championships in 1962, 1966 and 1969. In...
Read more