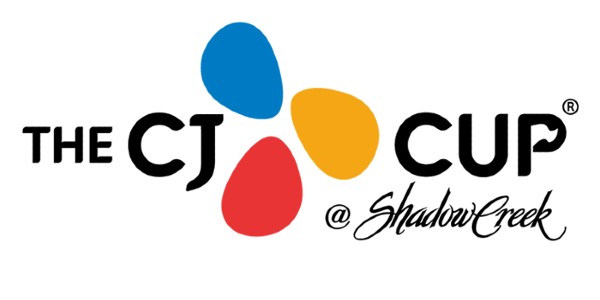 It is unfortunate that it took a global pandemic for the PGA Tour to put a tournament at Shadow Creek Golf Course in North Las Vegas, but the CJ Cup has forced the event stateside with a strong field of 78 players looking to conquer this oasis in the desert. The city of Las Vegas has gone 175 straight days without measurable rain, but Shadow Creek will assuredly be in great shape for its chance in the spotlight.

With any new golf course, there are going to be questions on how to handicap and how to evaluate the field. We’ll try to answer some of those here for you and see if we can’t come up with a few players to put some dollars on for the first-ever field event at Shadow Creek.

Odds are from MyBookie Sportsbook. With the smaller field of 78 players as opposed to a full-field event, we’ll go ahead and put them here instead of at the bottom this time around.

Dustin Johnson is co-favorites with Jon Rahm early in the week. This is a very good field with most of the game’s best eager to take on a new venue. Rory McIlroy and Justin Thomas are co-third favorites at +1100 and we’ve seen Xander Schauffele in some pretty excellent form for a while now. He’s +1200.

Everybody else is +2000 or higher, so we have some good players at pretty reasonable numbers this week. There is a lot of uncertainty with a new course this week and that should work to our favor in terms of price hunting.

This is not a full-field event. The CJ Cup at Nine Bridges has taken place in South Korea the last couple of years and followed the WGC-HSBC Champions. With the Masters just about a month away, we should see a lot of the big names in the field as they look to smooth out any rough edges before going to Augusta.

We’ve got a lot of star power for a top-heavy field and even have guys like Tyrrell Hatton, who just won the BMW PGA Championship. We are missing some of the top putters that have been in the 60-100/1 range consistently over the last few events. Guys like Denny McCarthy, Kristoffer Ventura, and JT Poston are not on hand. Some of those guys have been bet a lot lately, but did not meet the criteria to enter this tournament.

One big name absent from the field is Bryson DeChambeau, who is trying to fine tune a driver for Augusta. Another is Webb Simpson, who is taking this week off.

One big name noticeably present in the field is Brooks Koepka, who has been out rehabbing an injury.

This is one of the most prestigious courses in the US to play. It also costs a lot of money to play. It cost Tiger Woods $9 million to play it against Phil Mickelson during the pay-per-view match play event between the two back in 2018. A lot of the guys in the field have probably played this course on various trips to Las Vegas or because they live there. This is a new course for a PGA Tour event, but these guys have to have had some rounds here.

Certainly there will be a lot of rounds played here for practice and there were definitely some rounds here from guys that were in the field and missed the cut for the Shriners Hospitals for Children Open.

This is a hard course to handicap. There are several dogleg lefts, which favor somebody like Dustin Johnson with his ball flight. On the other hand, the rough is more penal than what we’ve seen from some events lately. A lot of these greens are very well-protected and have multiple tiers and slopes.

A ball striker could very well win this tournament, but it could also require a lot of pace and touch on the putting surface. There are some risk-reward holes that could result in eagle tries, but we could also see some risks backfire with three-putts and challenging lies for approach shots.

Pin placements will be really important for live betting. Some pins are likely to be placed on shelves or tucked away behind hazards. I think this is a tournament where you want to fire most of your bullets once you see how guys are playing and how feisty the course is. Preflop betting is tough this week.

Our horse for course section is pretty blank here. Tiger and Phil played for $9 million here, but neither guy is in the field this week. Las Vegas natives and residents have probably played this course quite a bit. They probably won’t have seen many layouts like the PGA Tour is likely to have here with a course that has so much intrigue.

You’re looking more at course fit here instead of course success because we don’t have data points for that. For example, guys that play a draw like DJ are probably going to succeed more off of the tee. Ball strikers are always great, but this could simply come down to putting with the nature of these greens.

GET A 100% WELCOME BONUS TO BET THE CJ CUP AT MYBOOKIE!

This is a tough one. Not only do we have the challenge of handicapping a new course, but a lot of players have taken some time off since the end of the FedEx Cup Playoffs.

Taking the shortest prices in golf tournaments is really tough, but nobody was playing better than Dustin Johnson when he won the FedEx Cup and this is a course perfectly tailored to his game. He’s a solid putter, a great iron player, and he has the right ball flight off of the tee to shorten some of these holes. He’s also a guy that doesn’t have to sacrifice distance if he opts to go with a 3 wood or a low iron. At +900, even though we haven’t seen him in a few weeks, it is extremely hard to leave him off the card.

This might be a good week to go after Scottie Scheffler at 45/1, too. Scheffler missed some time with a positive COVID-19 test and then missed the cut last week at the Shriners. He’s been able to go and get some rounds in at Shadow Creek. We know he has the distance to shorten this par 72 that comes in at over 7,500 yards with some very lengthy par 4s. The iron play hasn’t fully been there for him, but this course seems to be a decent fit for him.

Another player that might thrive here is Kevin Kisner at 90/1. With a lot of the top guys in SG: Putting out of the field because they don’t do other things well enough to quality for tournaments like this, Kisner is one of the better guys with the flatstick and this does profile as a course where the putter will be very important. Proximity to the hole will matter a lot and so will distance control, but Kisner is perennially a top-20 putter now in a field with a lot of pure ball strikers and long hitters.

Kisner, DJ, and Scheffler are indeed picks this week for me. Again, I advise live betting this one, as we’ll be able to see which players are doing well with the unfamiliar Shadow Creek layout.

One more long shot on the card here in Mackenzie Hughes, who is +11000. Hughes has four top-13 finishes in his last five starts and a lot of those have coincided with terrific finishes from DJ.