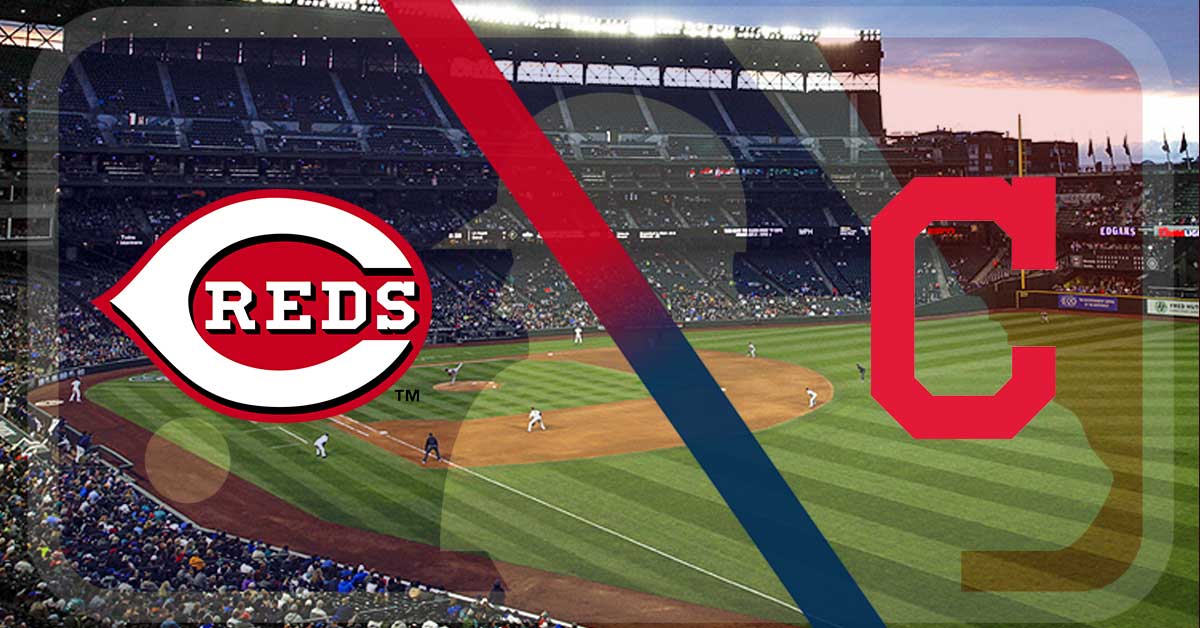 Monday’s MLB matinee brings the interleague showdown from Progressive Field in Cleveland, as the Cincinnati Reds and Cleveland Indians wrap up their six-game regular-season series. It’s a makeup from May 9, when these two foes split a shortened two-game set at Progressive Field, while the Reds beat the Tribe in a three-game home set back in April, 2-1.

According to BetOnline Sportsbook, the visitors are favorites for Monday’s clash, so let’s see what’s the best Reds vs. Indians betting pick here.

The Reds aim for their sixth straight W

The Cincinnati Reds are coming off a 3-2 home victory to Pittsburgh last Sunday, improving to 61-51 on the season. They swept a four-game set against the Pirates and extended their winning streak to five games, as the Reds continue to chase the wild card in the National League.

Cincinnati was just a couple of games behind the Padres on Sunday, and San Diego holds the bottom wild card. The Reds have exploded at the dish over the previous two weeks, scoring 92 runs in 14 games while slashing .291/.376/.553. They’ve improved on the mound as well, registering a decent 3.81 ERA in that 14-game stretch.

Luis Castillo, who’s been a true ace for the Reds lately, will take the mound Monday in Cleveland, searching for his fourth straight victory. The 28-year-old righty is 6-10 with a 4.09 ERA and 1.39 WHIP in 23 starts this season, but over his last six outings, Castillo has allowed only seven earned runs across 37.1 frames of work.

The Indians hope to finally stay on the winning track

The Cleveland Indians improved to 54-55 on the season with a 7-5 victory over the Detroit Tigers last Sunday. It was their second win in the last six outings, and the Indians haven’t won two straight games since July 18.

Cleveland sits at the second spot of the AL Central standings, ten games behind the White Sox. The Indians are huge eight games behind the bottom wild card in the American League and need a miracle to get themselves a playoff spot.

Sam Hentges is expected to toe the rubber Monday against the Reds, and he’s 1-4 with a disappointing 7.86 ERA and 2.01 WHIP in eight starts and nine relief appearances this term. The 25-year-old lefty has been a disaster in each of his previous three starts, surrendering a whopping 16 earned runs through 10.1 innings of work. He’s never met the Reds before.

The Indians’ offense has been inconsistent all season long. In three of their last six games, the Indians have scored six or more runs, while in the other three, they’ve failed to surpass a three-run mark. On the other side, the Reds’ offense will try to keep the momentum on its side when playing away from home.

This should be a tight contest. The Reds will have a slight advantage on the mound, though their bullpen cannot be trusted. Still, Luis Castillo has been outstanding since late June, so I’m backing the visitors to win.

The Reds hope to extend their ridiculous offensive form, and the Indians have recorded a 4.13 ERA over the last 15 days. Cincinnati is not so dangerous against the lefties, but Sam Hentges could easily struggle in this matchup, so I’m backing the over.