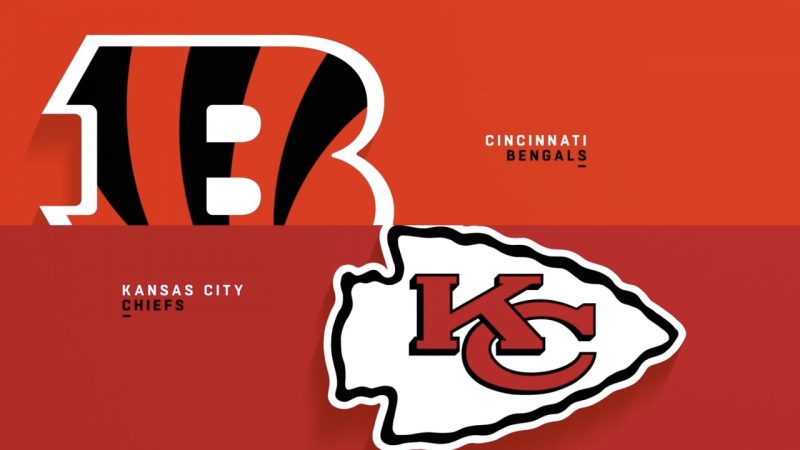 The 2022 AFC Championship Game is set for Sunday, January 30, with the kick-off at 3:00 PM ET, so we bring you the best Bengals vs. Chiefs betting pick along with the latest team news, stats, and betting odds.

Cincinnati meets Kansas City for the second time this season. Back in Week 17, the Bengals upset the Chiefs as 3.5-point home underdogs, overcoming an 11-point halftime deficit to escape with a 34-31 victory. Kansas City is a firm 7-point home fave this time around, while the totals sit at 54.5 points on MyBookie Sportsbook.

The Bengals stunned the No. 1 seed in the AFC

The Cincinnati Bengals (12-7; 12-7 ATS) are coming off an impressive 19-16 road victory at the Tennessee Titans in the AFC divisional round. Playing as 4-point underdogs, the Bengals outlasted the top-seeded Titans on the back of rookie kicker Evan McPherson, who went 4-for-4, including the game-winning 52-yard field goal.

The Bengals’ defense stepped up as well and picked off Ryan Tannehill three times. On the other side of the ball, their offensive line was beaten hard and surrendered a whopping nine sacks. Joe Burrow went 28-of-37 for 348 yards and an interception, while Joe Mixon had 14 carries for 54 yards and a touchdown.

Rookie wideout Ja’Marr Chase had another big game, posting 109 yards on just five receptions. Chase has surpassed a 100-yard mark in four of his last five outings. The Bengals have won five of their last five games overall, covering the spread on all six occasions in the process.

The Chiefs rally past the Bills in a wild finish

The Kansas City Chiefs (14-5; 10-9 ATS) survived the AFC divisional round, outlasting the Buffalo Bills as small 2.5-point home favorites in overtime, 42-36. The reigning AFC champs trailed by three points with only 13 seconds left on the clock, but Patrick Mahomes, Tyreek Hill, and Travis Kelce managed to gain enough yards to enable a 49-yard field goal for Harrison Butker.

The Chiefs outgained the Bills 552-422 in one of the best playoff battles in recent NFL history. Neither team turned the ball over, while both scored twice in the final two minutes of the fourth quarter. Patrick Mahomes led the charge for the Chiefs and went 33-of-44 for 378 yards and three touchdowns.

Mahomes also had seven carries for 69 yards and a TD. Tyreek Hill recorded 11 receptions for 150 yards and a TD, while Travis Kelce added eight catches for 96 yards and a TD. The Chiefs registered their third straight victory and 11th in their last 12 games overall. They’ve gone 8-2 over the previous ten.

That 34-31 loss at Cincinnati is the Chiefs’ loan defeat over the last 12 weeks. Patrick Mahomes and his teammates will be fired up to get revenge, and I think they’ll have enough firepower to beat the Bengals by seven or more points.

Cincinnati’s offensive line is slowing down, while the Chiefs’ front seven has been terrific over the last couple of months. Furthermore, the Chiefs possess more experience than this talented Bengals team. Kansas City aims for its third consecutive Super Bowl appearance, and with all their offensive playmakers healthy and raring to go, the Chiefs should cover in front of the home fans.

Just a few weeks ago, the Bengals and Chiefs combined for 65 points in total. We should see another high-scoring affair, especially if the Bengals’ offensive line finds a way to deal with pressure and provide enough time for Joe Burrow and the receiving corps.

However, the playoffs are a different stage, so the totals are a tricky wager with the line at 54.5 points. The over is 7-0 in Kansas City’s last seven outings, while the under is 5-2 in Cincinnati’s previous seven. Five of those Bengals’ seven games have produced fewer than 50 points in total.