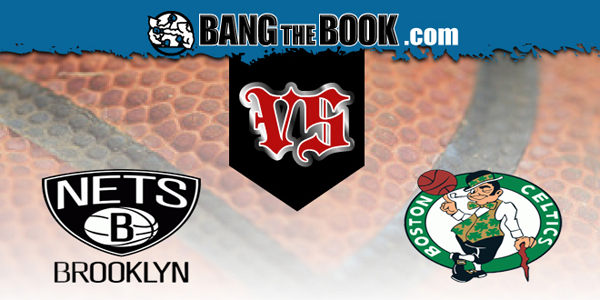 Both the Brooklyn Nets and Boston Celtics had pretty good results in their respective opening games, and they are certainly expected to be in the top half of the Eastern Conference playoff queue when all is said and done.

And now let’s see how they follow up on that on the NBA’s glittering Christmas schedule.

The Celts won a thrilling 122-121 decision over the Milwaukee Bucks in their opening game. They were a little fortunate, in that Giannis missed a key free throw in the final stages. But don’t kid yourself; they earned it.

And they did so in the face of some hardship as well. Kemba Walker, one of three 20 ppg scorers in the starting lineup, has had these ongoing knee problems, and after taking a stem cell injection, it is not known when he will be able to return to action. According to coach Brad Stevens, he is “a long way away” from playing. So for now, the Celtics will have to live with that.

The guy who helped the most along those lines against Milwaukee was Jeff Teague, the 12-year veteran who was acquired much for that purpose. Teague, a point guard who can also score, tallied 19 points in the win.

Their top-level talent, including Jaylen Brown and Jayson Tatum and defensive wizard Marcus Smart, is outstanding, but Boston’s problem is that it lacks depth. That is why Teague’s involvement is welcome.

The Nets simply blew away Golden State right from the beginning. They scored 40 points in the first quarter and didn’t look back. Kevin Durant had a successful return from an Achilles injury with 22 points. Kyrie Irving, who is expected to take a lot of shots when he’s on the floor, had 26. DeAndre Jordan is expected to have a lot of stat lines like his four points and eleven rebounds, and Steve Nash (and we suppose Durant too) seems to prefer that he is the starter over Jarrett Allen.

There was great defense, or perhaps very little in the way of effective offense on the part of the Warriors, who got just 32% shooting out of the starting lineup. let’s face it – Golden State was a rather “willing” opponent, and we’re not sure that Boston, with a more capable coach in Brad Stevens, fits that same category.

Still, when it comes to depth, the Nets have a clear advantage. They are able to put out a second unit that consists of Landry Shamet, Allen, Jeff Green and Taurean Prince, in addition to Caris LeVert, who had 20 off the bench the other night. Nash had expressed some concerns about putting LeVert into the starting lineup, because he seems to be more effective when he’s got a higher Usage figure. One would imagine he’ll come off the bench sometimes, and other times it might be Spencer Dinwiddie.

So Brooklyn simply has more players it can put on the floor. And no starter went more than 25 minutes on Wednesday, so they are definitely not spent. All of this leads us in the direction of Brooklyn as a favorite on Christmas Day.

BetAnySports has you well taken care of, with reduced juice on basketball, which is a big asset because it helps you avoid having to lay the customary -110 on hoops……. Don’t forget that you can make real-time wagers with Sports Betting Prime,and make deposits with Bitcoin. Get on board!