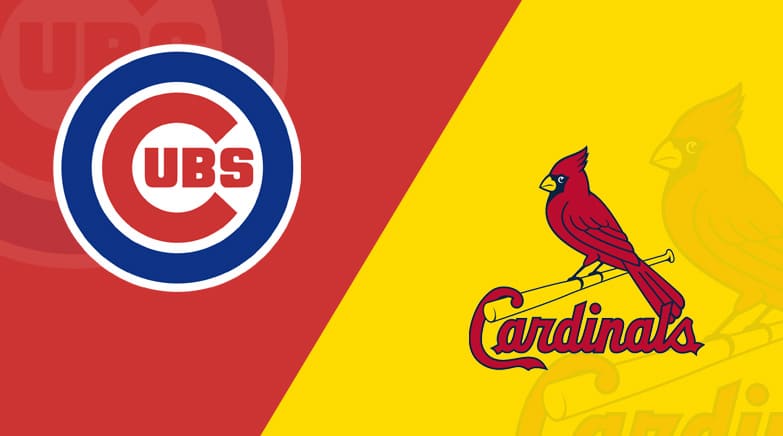 The Chicago Cubs and the St. Louis Cardinals have one of the longest rivalries in all of sports. This will be the 2,445th head-to-head meeting between the two clubs. With Tuesday’s result in the books, the Cubs are 1255-1189 now all-time and lead this series 2-0.

Kyle Hendricks and Adam Wainwright will be the respective starters for Wednesday’s ESPN telecast with an 8 p.m. ET first pitch at Busch Stadium. The game opened at BetOnline with the Cubs are the slightest of favorites and a total of 8.5. Now that some betting action has come in overnight and other books have opened, the line sits at Cardinals -120 and a total of 8.

The Cubs players, the fans, the coaches, and the front office are all counting down the days until the Trade Deadline. It is assumed that the Cubs will look a whole lot different after July 31, as they have several impending free agents or guys with short contract terms that could be traded. The trade of Joc Pederson on the last day of the All-Star Break was the first of many dominoes expected to fall.

Kris Bryant, Anthony Rizzo, Javier Baez, Zach Davies, and Craig Kimbrel are all guys that could be on the move. Those are some impact players for the pennant races and guys that may be excited to get out of Chicago, where a penny-pinching ownership group and the departure of Theo Epstein have made things pretty uncomfortable and uncertain.

Chicago ranks just outside the bottom third of the league offensively, which is not what we should see with all of the talent on the roster. The Cubs have squandered their last year with this core group by striking out too much, not walking enough, and not putting enough quality contact in play.

On the bright side, Kyle Hendricks has found his way again. The always-reliable 31-year-old was not so reliable early in the season, but he now has a 3.65 ERA and a 4.76 FIP in his 111 innings of work. Hendricks has seen a drop-off with his strikeout rate and a big increase in his home run rate, but he’s been able to get back on track since the middle of May.

After six solid innings against the Diamondbacks last weekend, Hendricks has posted a 2.48 ERA with a 3.88 FIP in his last 12 starts. He is 10-0 in that span and the Cubs are 10-2 in those outings. Hendricks still doesn’t have the strikeouts, but he has only allowed one home run in his last six starts and has an average exit velocity against of 83.1 mph. He is officially back.

The starting point in any Adam Wainwright game is to see where the game is being played. It will be at Busch Stadium, which means that Wainwright has a much better projection than he would if the game was on the road. The steady vet has been a saving grace for the Cardinals this season with a 3.71 ERA and a 4.07 FIP in his 111.2 innings of work. With injuries to Jack Flaherty, Miles Mikolas, Daniel Ponce De Leon, and Dakota Hudson, the Cardinals have been very thin on starting pitching depth.

Wainwright has been fortunate in that the vast majority of his innings have been at home. He’s pitched 73 innings at home with a 2.84 ERA and a .265 wOBA against. He’s worked 38.2 innings on the road with a 5.35 ERA and a .340 wOBA against. Those numbers basically mirror what we’ve seen from Wainwright over the last several seasons, so he lucks out again here to be pitching at home.

The Cardinals offense has been terrible this season and it is a big reason why they are staring at just their second losing season since in more than 20 years. St. Louis ranks 28th in wOBA at .297 and the Cardinals have been the worst offense in baseball since the middle of May. It isn’t even a strikeout issue like we see with the Cubs, the Cardinals just don’t make quality contact and don’t hit for any power.

Their .380 SLG ranks just outside the bottom five. Busch Stadium is a big part of that equation, but it is far from the only part. This just isn’t a group that is capable of scoring lots of runs. If it weren’t for their defensive prowess, the Redbirds would have one of the worst position player groups in baseball.

Kyle Hendricks is really locked into a nice groove right now. The home run issue he had earlier in the season seems to be in the past and his command tool is very much back. Adam Wainwright has spectacular numbers at home. These are two bad offenses in a general sense, but with this pitching matchup and in this setting, it sure looks like a pitcher’s duel kind of game.

Cubs vs. Cardinals Pick: Under 8