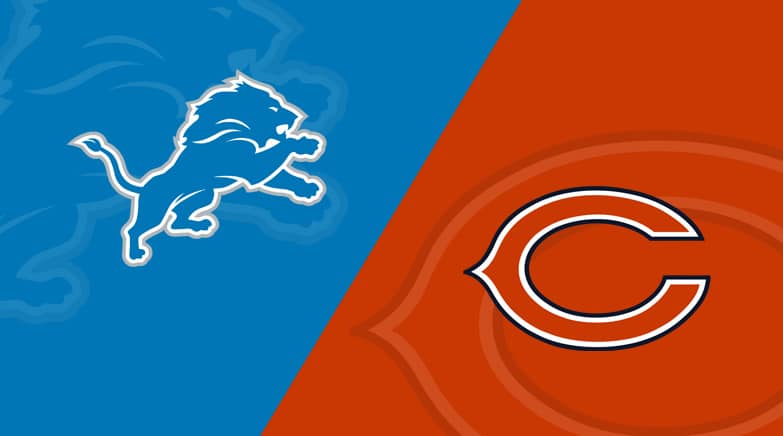 Week 12 of the 2021 NFL season kicks off Thursday, November 25, with three games on the Thanksgiving card, including the NFC North showdown at Ford Field in Detroit, so we bring you the best Bears vs. Lions betting pick and odds.

Chicago and Detroit already met each other in October, and the Bears beat the Lions 24-14 as 3-point home favorites. This time around, the Bears are listed as 3.5-point road favorites, while the totals sit at 41.5 points on MyBookie Sportsbook.

The Bears lost five in a row

The Chicago Bears fell to 3-7 SU and 4-6 ATS on the season following a 16-13 home loss to the Baltimore Ravens this past Sunday. It was their fifth defeat on the spin, while rookie QB Justin Fields suffered a rib injury that puts his Week 12 appearance in jeopardy.

Andy Dalton led the way for the Bears last weekend, completing 11 of his 23 passing attempts for 201 yards and a couple of touchdowns. Darnell Mooney had five receptions for 121 yards and a TD, while the Bears ran 20 times for 92 yards.

Chicago limited the Ravens to 299 all-purpose yards, but the Bears held the ball in possession for only 21:10. Over their previous four outings, the Bears have surrendered 116 points in total while scoring only 65 in a return.

The Lions hope for their first win in 2021

The Detroit Lions (0-9-1; 6-4 ATS) are coming off a 13-10 defeat at the Cleveland Browns this past Sunday. They managed to cover a massive 13.5-point spread, but the Lions couldn’t upset the short-handed Browns, remaining the only winless team in the NFL.

Jared Goff missed Week 11 due to an oblique injury, and he’s questionable to play Thursday against the Bears. Tim Boyle started under center last weekend and went 15-of-23 for 77 yards and a couple of interceptions, while RB D’Andre Swift led the way with 14 carries for 136 yards and a TD.

Chicago and Detroit both hope to have their starting quarterbacks available for Thursday’s clash at Ford Field, but from this point of view, it seems they’ll have to lean on Andy Dalton and Tim Boyle. And with a couple of backups under center, it’s really tough to predict who’ll grab a win in Detroit on Thanksgiving.

The Lions will be fired up to earn their first win in 2021. Playing in front of the home fans should help, so I’m going with the underdogs to cover. This should be a tight contest between a couple of divisional rivals, and I think the Lions will have enough firepower to keep it close. The Bears are scoring only 16.3 points per game (29th in the league) on 287.9 all-purpose yards (31st).

The total has gone under in seven of Chicago’s last nine games overall and seven of Detroit’s previous eight. Hereof, I would ride the betting trends and take the under in this NFC North battle.