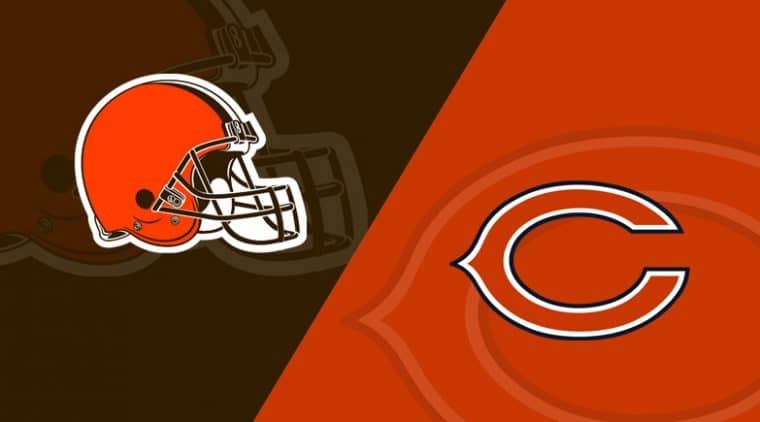 Week 3 of the 2021 NFL season continues Sunday, September 26, with plenty of interesting picks and markets to choose from, so we bring you the best Bears vs. Browns betting pick and odds along with the latest team stats, news, and betting trends.

According to BetUS Sportsbook, the Cleveland Browns are firm 7-point home favorites, while the Chicago Bears are listed as +260 moneyline dogs at First Energy Stadium. The totals sit at 46.5 points, so let’s take a closer look, as Chicago meets Cleveland for the first time since 2017.

The Chicago Bears (1-1; 1-1 ATS) bounced back from a heavy 34-14 defeat at the Los Angeles Rams in their opening clash of the 2021 season. They beat the Cincinnati Bengals as 2-point home favorites last Sunday, 20-17, but the Bears nearly blew a 17-point lead down the stretch, allowing a couple of touchdowns in a two-minute span.

Rookie QB Justin Fields played the second half against Cincy after Andy Dalton exited with a knee injury. Fields finished with 6-of-13 for 60 yards and an interception while rushing ten times for 31 yards. David Montgomery had 20 totes for 61 yards, while Darnell Mooney caught six of his eight targets for 66 yards.

The Bears racked up only 206 total yards in Week 2 but held the Bengals to 248. They picked off Joe Burrow three times, so Matt Nagy can be pleased with his defensive unit. Roquan Smith, who was one of the best Bears’ players in 2020, scored a 53-year pick six in the fourth quarter to make it 17-3.

The Browns returned to the winning ways but didn’t impress

The Cleveland Browns (1-1; 1-1 ATS) are coming off a 31-21 home victory over the Houston Texans this past Sunday, bouncing back from a tough 33-29 loss at the Kansas City Chiefs in Week 1. The Browns took full advantage of Tyrod Taylor’s injury and outlasted the Texans in the second half after a 14-14 tie at the break.

Cleveland racked up 156 rushing yards against Houston’s leaky defense, keeping the ball in possession for 35 minutes. Nick Chubb had 11 carries for 95 yards and a TD, while Baker Mayfield tossed for 213 yards, a TD, and an interception, completing 19 of his 21 passing attempts. Mayfield scored once on his own, finishing the game with eight carries for ten yards.

The Browns missed Odell Beckham Jr. once more, while Jarvis Landry exited with a knee injury and will sit out next three games. Beckham has a good chance to suit up in Week 3, and the Browns desperately need their superstar wideout on the field as soon as possible. Odell tore his ACL in Week 7 of the 2020 season.

The Browns are a run-first team and will continue to lean on their ground game, especially with Jarvis Landry on the IL. On the other side, the Bears are yielding just 3.3 rushing yards per carry. If Chicago replicates its aggressive defensive display from Week 2, the visitors will stand a chance of upsetting the odds in Cleveland.

Matt Nagy stated that Andy Dalton is still the first choice under center, but Justin Fields will get the nod should Dalton remains sidelined with a knee injury. Anyway, the Bears won’t win on the back of their offense. I think their defense will keep them close, so with seven points on the table, give me the Bears to cover.

My best Bears vs. Browns betting pick is the under on the totals. I’m expecting a proper defensive battle, while both teams should lean on rushing a lot, so combining for 47 or more points will be a challenge.

The under has hit in five of the Browns’ last eight outings as favorites, and just two of those eight tilts produced more than 46 points in total. Also, the under is 6-1 in Chicago’s previous seven games against the AFC.