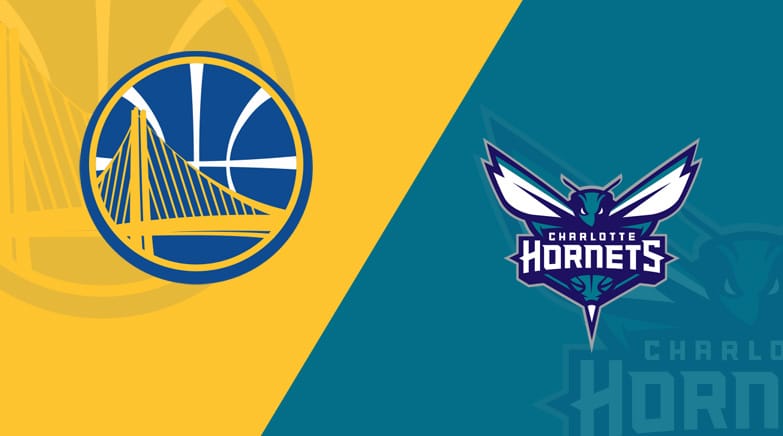 The NBA betting action goes with 11 games on Wednesday’s card, including the interconference showdown at Chase Center in San Francisco, so here’s the best Charlotte Hornets vs. Golden State Warriors betting pick.

The Hornets start a five-game road trip as 7-point underdogs on BetOnline Sportsbook, while the totals are set at 225.0 points. Charlotte is coming in full strength. Golden State, on the other side, is still without James Wiseman (knee) and Klay Thompson (Achilles).

The Charlotte Hornets (5-3; 5-3 ATS) are coming off a tough 113-110 home loss to the Cleveland Cavaliers. They allowed a whopping 40 points in the first quarter and tried to mount a comeback in the fourth, but the Cavs held off LaMelo Ball and his teammates, who dropped three of their last five contests.

Ball went off for 30 points, seven rebounds, and six assists, shooting 12-for-22 from the field and 5-for-8 from beyond the arc. Terry Rozier had 23 points and six boards, while P.J. Washington added 18 points off the bench.

LaMelo continues to lead the way for the Hornets, averaging 20.1 points, 6.1 boards, and 6.1 assists on the young season. The Hornets boast the second-best offensive rating in the NBA, tallying 114.9 points per 100 possessions, but their defensive rating is the third-worst in the league (112.5).

Golden State hammered OKC to get back on the winning path

The Golden State Warriors (5-1; 3-3 ATS) suffered their first loss of the season last Thursday. They fell short as 6-point home favorites against the Memphis Grizzlies, 104-101, but the Dubs bounced back two days later and trounced Oklahoma City 103-82 as massive 12.5-point home favorites.

Golden State held the Thunder to 34.9% shooting from the field and 20.5% from downtown. On the other side of the ball, the Warriors went 21-for-54 from deep (38.9%) while handing out 30 assists. They scored just 28 points in the paint, and Stephen Curry led the way with 20 points, five rebounds, and six assists.

The Warriors are 14-4 SU and 12-6 ATS in their last 18 games at home. Their defense has been terrific so far this season, so the Warriors should be able to slow down the Hornets’ prolific offense. Charlotte is shooting 41.1% from deep which seems unsustainable, and the Hornets have shown a lot of defensive flaws thus far.

Steph Curry should be a key factor for the hosts on the offensive side of things. He’ll be fired up for a highly-anticipated matchup with LaMelo Ball. The Hornets might keep it close on the back of their offense, so buying a few points seems like a smart move.

The Hornets have been pretty much unstoppable offensively so far this season, but their defense is a big issue. Charlotte should have enough firepower to put some serious numbers on the scoreboard in this one, while the Warriors could easily hit a 120-point mark.

Over their last two outings, the Hornets allowed 113 points to Portland and Cleveland. The over has hit in six of their last eight games, while the Warriors’ last five contests have gone in the under.