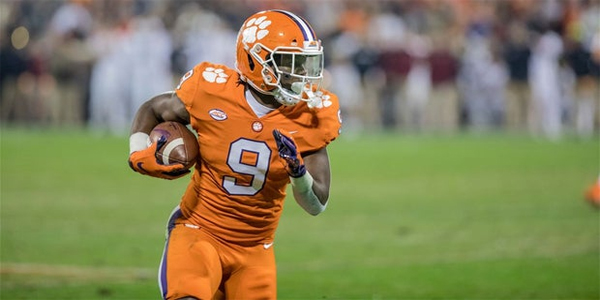 The College Football Playoff National Championship Game is almost like a practice run for the Super Bowl. The prop catalog isn’t nearly as extensive as it is for the NFL’s showcase game, but there are a lot of betting options out there to consider.

To be totally honest, this year’s prop collection is a little bit disappointing as of the morning before the game. It sure seemed like we had a lot more options last season to pick from. For example, I haven’t seen a single defensive player prop in the offshore market yet. We cashed one last year with Isaiah Simmons of Clemson. Last year’s player props went 3-1, with Tua over 21.5 completions (22!), Trevor Lawrence over 14.5 rushing yards (27), and Isaiah Simmons tackles + assists over 5.5 (9). The only loser on Damien Harris under 50.5 rushing yards (57).

For what it’s worth, game props went 0-2, as we did have a 1-yard TD score and also had a defensive touchdown. I wrote a little bit about Game Props here, but I’ll write about some that I’ll be playing for tonight.

Lastly, please, if you ever follow one piece of advice from BangTheBook, let it be this one. Do not bet the coin toss. You are literally paying juice on a 50/50 proposition. Don’t do that. It’s one of the most –EV bets of them all. Don’t do it. I know, I’m real fun at parties.

Let’s dive into the prop catalog for the big game and find some good betting opportunities, using 5Dimes, BetOnline, and DSI. Be sure to shop around at all of the outs you have available to find the best lines.

LSU two timeouts remaining first (-120, 5Dimes) – The juice is -120 both ways and the wording of this bet is stupid, but there is a method to my madness. Conventional wisdom would suggest that Clemson would take the first timeout because of the substantial crowd edge that LSU is going to have in what effectively amounts to a home game in New Orleans. That’s fine. That might be the case. I wouldn’t be totally surprised.

I’m willing to take a shot here because of Brent Venables. The Clemson defensive coordinator is the best DC in the country in terms of disguising coverages. Clemson will show odd-man fronts and move a ton of people around in the secondary. Clemson’s personnel is remarkably versatile and the guys in the back seven can line up just about anywhere. They’re going to look to confuse Joe Burrow pre-snap.

Remember, even though Burrow is the older of the two quarterbacks, Trevor Lawrence has been on this stage before.

Double Result: LSU HT/Clemson FT (+800, BOL, DSI “Sportsbook”) – For those that don’t know, and you can find out by using the BTB200 promo code over at DSI Sportsbook (100% match bonus for sportsbook AND live casino), there are four different sportsbooks to pick from. There is the Classic, Retro, Sportsbook (modern), and US book. There are different odds and different options across the four books.

This Double Result line is available at the part of the site labeled Sportsbook. It is also at BetOnline. This bet means that LSU will be leading at halftime and Clemson will win the game. This is my long shot prop of the night. We saw Clemson really struggle with Ohio State at the outset as they got accustomed to the speed and athleticism of their opponent. I could see the same here. Ultimately, I just think Clemson is the better team and Venables will make the adjustments and Clemson does win this game.

Keep an eye out for field goal props… At time of writing, I don’t see any out there in the offshore markets, but these two teams had some awful luck with field goal kicking. Most importantly, neither kicker was very good from distance. Clemson’s BT Potter was 4-of-5 from inside 30 and 8-of-15 from 30+. Cade York was 5-of-9 from 40-49 and 4-of-5 from 50+.

I would look to bet longest field goal under. If there are any head-to-head kicker props or team FG props, LSU has a much better chance at making them than Clemson. Furthermore, if any props show up throughout the day about fourth down conversions, these two teams would be smart to go for a lot of them.

First Touchdown Scorer – Travis Etienne (+500, BetOnline, DSI “Sportsbook”) – I think Travis Etienne plays a huge role in tonight’s game. Clemson had serious issues and questions at the wide receiver position against Ohio State’s secondary. Justyn Ross and Tee Higgins both battled some discomfort. Neither guy found much space with which to operate. I’m not sure that they fare much better in this game.

That means Etienne. LSU likes to be aggressive in blitz packages with the linebackers. Etienne will have to contend with the safeties, namely Grant Delpit, but he should have some free space as long as Trevor Lawrence can evade the rush. I like Etienne as a 5/1 flier for the first TD.

Travis Etienne Over 3.5 Receptions (-135, DSI Retro) – You can also find over 3.5 receptions at -135 at DSI in the Retro Sportsbook. As mentioned, Clemson’s WR couldn’t find separation against Ohio State. LSU’s individual talent level in the secondary isn’t too far off from Ohio State’s.

Etienne will be a safety valve against the rush and should get lots of room in the middle of the field from the linebacker pressure by LSU. I think Etienne’s fingerprints are all over this game to say the least.

Clyde Edwards-Helaire Under 96.5 Yards (-117, BOL/DSI Player Props section) – Unfortunately, the sportsbooks aren’t making it easy to find these things. If you go into the Player Props section at BetOnline or DSI, you’ll find rushing yards and you’ll find Clyde Edwards-Helaire at 96.5. Let’s look at this logically. First, we know he’s not 100%. He’s in better shape than he was going into the CFP Semifinal, but it has been three straight games since CEH went over this total. Perhaps that was LSU’s effort to lock up the Heisman for Joe Burrow, but that was locked up anyway. This is the best run defense outside of Georgia that LSU will have faced this season and Helaire only had 3.8 yards per carry in that one. His early-season success against Auburn and Florida are the games that give me a little pause here, but he went under this total against Texas earlier in the year.

To me, the question with CEH is the workload. Will he get enough carries to get this number? He went over with under 15 carries against Vanderbilt, who was awful, and Florida. Does he get enough attempts to get over this in a game where you want Joe Burrow to win or lose it for you? I really don’t think so. I like the under here.

Shop around for the best lines, the best odds, and as many prop bets as you can find in the lead-up to the Big Game and be sure to check out today’s edition of BangTheBook Radio with myself and Kyle Hunter to break down the Natty.