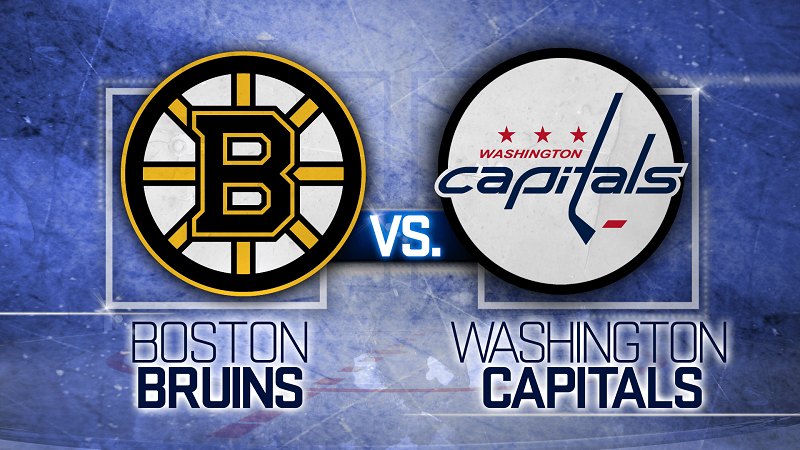 It took overtime once again, but the Boston Bruins evened up the series with the Washington Capitals with a Game 2 victory two nights ago. Now, the teams go to Boston with the series tied at 1-1 and now the Bruins are a huge favorite on home ice to take a 2-1 series lead.

BetUS Sportsbook lists Boston in the -170 range with a total of 5.5 for Game 3 on Wednesday night with a 6:30 p.m. ET puck drop. The other games feature big favorites as well, especially Colorado in the late game. Carolina is a -190 favorite against Nashville. The lines don’t suggest a lot of drama today, but it’s the NHL Playoffs, so we know better.

Let’s dig deep into Game 3 and see if the Bruins money is right or if Washington can steal home ice back from the favorites.

After a tight-checking, low-scoring Game 1, the teams erupted for four first period goals in Game 2. It was imperative for Washington to get off to a good start against a Boston team that was going to come in hyper-motivated, especially after head coach Bruce Cassidy criticized his top-line guys following Game 1.

At least Washington matched Boston on the scoresheet, but the Bruins were the better team throughout the game. They fired 48 shots on net and were dominant at 5-v-5. In other words, the Capitals need to be better. They need to adjust. Game 1 was pretty even at full strength. Game 2 was not.

Washington surrendered 17 high-danger scoring chances at 5-v-5 in that Game 2 matchup. Boston scored all four goals at 5-v-5, while the Capitals had two and a power play goal. Even with Boston’s offensive onslaught, the Capitals were less than three minutes from a win before Taylor Hall’s game-tying goal at the 17:11 mark of the third.

How does Washington adjust? That is a big question going into this game, especially because Boston now has the luxury of the last line change being at home. That means favorable matchups for the B’s throughout and it means that Washington needs its top line and top defensive pairings to really make a difference with every shift.

The Bruins have been steamed in all three games of this series. Sharp bettors out there that mold and shape the NHL betting markets clearly like what Boston brings to the table more than what Washington brings. The two teams were fairly similar during the regular season in a lot of ways. This could simply be a case where Tuukka Rask is simply thought to be a lot better than both Vitek Vanacek and Craig Anderson, which is hard to argue against.

Something else the Bruins have done well with thus far is faceoffs. Faceoffs are really important. Not only do they establish possession, but defensive zone faceoff wins usually keep the opposition from getting shots and scoring chances. The scoring chances at 5-v-5 in the series are 52-51, but Boston has had the higher-quality chances, with the faceoff advantage likely playing a big role in that department.

Rask has allowed six goals on 71 shots in this series. He had a .913 SV% during the regular season and is off to a .915 SV% start here. The Bruins can make life easier on Rask by staying out of the box. They were only shorthanded once in Game 1, but four times in Game 2, leading to Washington’s lone power play goal of the series. At 5-v-5, Boston can control this series. If the Washington PP gets a chance to get going, that will be the difference.

The Capitals have to make a lot of adjustments coming out of Game 2 and I’m not sure that they can make them. Having the last line change helped in Game 1, but Boston cracked the code and controlled Game 2. Now Washington has to figure out how to match up with a top line for Boston that actually had a better Game 1 than the stat line would suggest.

It’s a big number, but the Bruins have a lot of advantages and a better goalie here, so even at -170, they are the side.