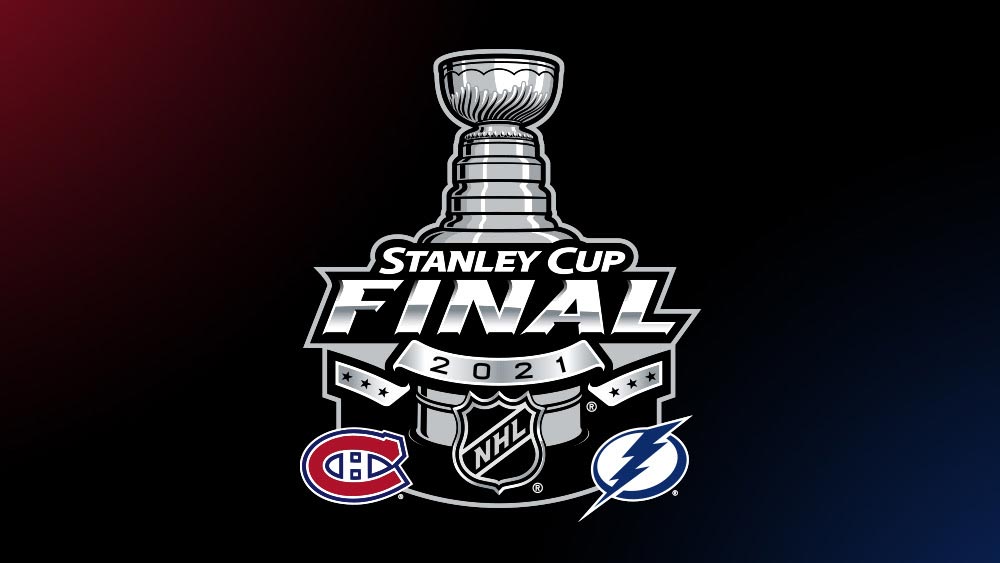 Montreal is a team that has consistently defied the odds in these playoffs, winning all but one of their 12 victories as an underdog. We’ll see if they can figure out how to crack the code and even up the series with the Bolts before it heads north of the border.

Tampa Bay is an even bigger favorite in light of Game 1, as Bookmaker Sportsbook shows the Lightning -215 with a total of 5.

If Montreal wanted to make a statement in Game 1, it did not happen. The first period was played at a breakneck pace, but what has been Montreal’s best period virtually game in and game out was not on Monday night. Montreal trailed 1-0 after one period and also trailed in the advanced box score as well. It wasn’t until the third period that Montreal got the better chances, but by that point, the fate of the game was pretty much decided.

The Canadiens did a good job neutralizing the speed of Vegas in the last round and in the final three games of the series against the Toronto Maple Leafs. That was not the case on Monday against the Lightning. Even though the scoring chances were pretty even for the game, and the Canadiens had a good third period, watching the game said a lot more than the box score ever could.

Tampa Bay sustained a lot of offensive pressure. The Canadiens had some trouble cleanly exiting the zone and really had a hard time keeping the front of the net clear for Carey Price to have a window to see the shooters. Montreal was outchanced 20-15 at 5-v-5 in the first two periods and 7-3 in high-danger chances.

Maybe the Habs can build off of a pretty good third period, even though Tampa Bay won the final stanza 3-0. Montreal was the better team on the stat sheet, but Nikita Kucherov took over and the Lightning built an insurmountable lead.

Carey Price has to be better in Game 2. He wasn’t bad in Game 1 and was under constant pressure and duress while the game was still hanging in the balance, but he wasn’t as aggressive in challenging shooters and cutting down angles. He was forced back into his crease because of the guys in front of him. The Canadiens have to do a lot of things better and goaltending is one of them.

The Lightning have to be thrilled with how Game 1 went. They played physical. They asserted their forecheck. They scored five goals. They got into shooting lanes and blocked a ton of shots to assist Andrei Vasilevskiy in net. They forced takeaways and played well in all three zones.

It was the type of game you would expect to see in that kind of spotlight from the reigning Stanley Cup champions. It was also nice to see 16,000 people cheering on the Lightning after last year’s bubble Stanley Cup. You can bet that the players greatly appreciated that extra buzz in the building.

Things couldn’t have really gone better for the Bolts in Game 1. Nikita Kucherov scored twice and showed no ill effects from the cross check he took in Game 6 of the last round. Brayden Point didn’t have a goal, but did have three assists. The defensemen got a lot more involved in the offense and Tampa Bay did not get burned at all by daring Montreal to have some sort of speedy zone exit. The Lightning paid attention to the details and it led to a 5-1 win.

Montreal has been a great story throughout the playoffs, but we saw a big talent disparity on the ice in Game 1 and you can certainly understand why the line for Game 2 has been adjusted up across the market. The Canadiens lost their streak of 30 consecutive penalty kills with Steven Stamkos’s late goal in the third period.

Vasilevskiy was better than Price in Game 1, though the Lightning netminder had a much lighter workload and not nearly as much pressure and attack zone time to contend with on Monday night. The Canadiens had a lot of one-and-done shot chances, as the Lightning executed their breakouts really well. We’ll see if Montreal can make the adjustment.

Realistically, it is hard to see how many adjustments the Canadiens can make. Vegas is and was a really good team, but Tampa Bay is on another level. Their puck possession, the rigidity of the system that they play, the transition game, the inclusion of the defense in the offense, and the willingness to score the gritty, ugly goal. Those are all things that none of Montreal’s previous opponents had to the degree of Tampa Bay. This series is going to Quebec with Tampa Bay ahead 2-0.