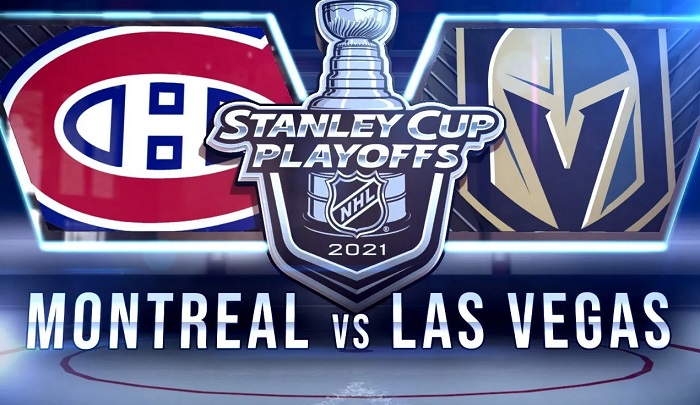 The Montreal Canadiens mustered everything that they could in the first period of Game 1. They trailed 1-0 after 20 minutes. The Vegas Golden Knights took over for the rest of the game and cruised to a 4-1 decision. Those that bet the over could not believe that well over four minutes elapsed with a pulled goalie and no goals at the end of the game, but it was a comfortable Vegas win and one that seemed to set the stage for the series.

Game 2 is on Wednesday night at jampacked T-Mobile Arena in Sin City. The Game 1 line opened in the -240 range and got bet up into the -265 to -275 range. The Game 2 line has been adjusted up a little bit and we’ve seen some sporadic interest in Vegas, but not as much as we saw in the first game. The total sits at 5 with heavy over juice or 5.5 with under juice depending on where you look. Bookmaker Sportsbook is one of the ones at 5.

Let’s break down Game 2 and see how things look:

It was the kind of first period that you want to have as an underdog. The Canadiens were in attack mode. They pressured Vegas. They looked like a team trying to make a statement. To a degree, they did. Unfortunately, they couldn’t punctuate the big push with any goals and went to the room trailing 1-0.

Over the final 40 minutes, Montreal was no match for Vegas. It was like a jockey pushing his horse too early in the race. The Canadiens tried to win the sprint, but lost the overall race. We had some questions about Montreal going into the series, as the Habs had not faced anybody on Vegas’s level at any point this season. The North Division was weak in general. Toronto was good, but not Vegas good. Toronto also had a 3-1 lead against Montreal before squandering it.

Shea Theodore’s goal midway through the first period marked the first time that the Canadiens had trailed in eight games. Montreal could have had things go differently. They had chances. Montreal outshot Vegas 11-5 at 5-v-5 in the first period of Game 1. The Habs had an 11-4 edge in scoring chances and an eye-opening 7-1 edge in high-danger scoring chances. If only Montreal could have scored. Their Expected Goals For in the period was 1.65. They actually had zero.

The rest of the way, Vegas dominated. The chances were 15-3 in favor of Vegas at 5-v-5 and 9-1 in high-danger chances. Carey Price actually played fairly well, despite giving up four goals. He’ll have to be even better in Game 2 for Montreal to have a chance.

Price now has a .929 SV% and a 2.15 GAA in the postseason. Along with a better effort from Price, the Canadiens could really use the return of Jeff Petry. The Knights had a lot of attack zone time and Montreal had major issues getting the puck out of the zone.

It took a little while for Vegas to wake up, but once it happened, the Golden Knights were clearly the better team. Vegas had that big edge in scoring chances and also high-danger chances. The Golden Knights also held an 18-0 edge in shots on goal from defensemen. They got everybody involved and tried to crash the net and create rebound chances.

Vegas also looked like the bigger, stronger team. The North Division wasn’t big on physical play during the regular season. Even the rivalries felt timid and tepid. Vegas threw its weight around in Game 1. The team’s depth was very much on display, as William Carrier had a huge game and made a big impact. So did Nicolas Roy and Mattias Janmark. The defensemen all played well.

It was good for Vegas to get a relatively easy win with minimal contributions from Mark Stone and Max Pacioretty. Even Jonathan Marchessault didn’t do much. It was a game that showcased Vegas’s depth and feisty side. It was also one that showcased Marc-Andre Fleury.

Maybe Game 1 goes differently if Fleury isn’t ready from the opening puck drop. He stopped all 19 shots at 5-v-5 and only allowed a power play goal. Fleury stopped 28 of 29 shots in the game and now has a spectacular 1.84 GAA with a .927 SV% in the playoffs.

It had to be a demoralizing first game for Montreal. A huge effort in the first period was all for naught, as Vegas led 1-0 and then dominated the rest of the game. Montreal probably can’t play much better than that first 20 and it wasn’t enough. Vegas was asleep at the wheel early and woke up to have a huge effort in all three zones. There is no reason to believe that Game 2 goes differently.