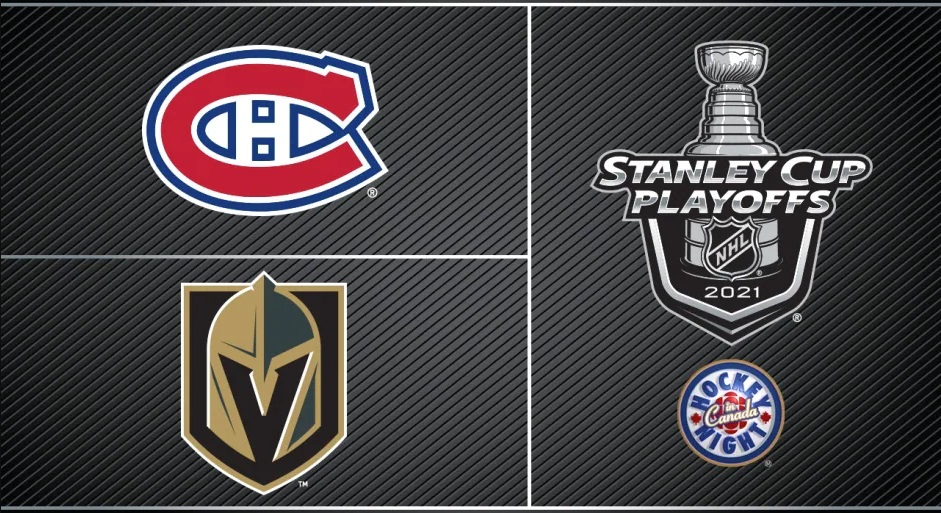 There was a lot of anticipation and excitement across Canada with the revamped NHL Playoff format because a Canadian team from the North Division was guaranteed to make it into the Frozen Four. Few expected it to be a Canadien team. The Montreal Canadiens are set to begin the series against the Vegas Golden Knights on Monday night and are a huge underdog to advance to the Stanley Cup Finals.

The Canadiens are a huge underdog in Game 1, as Vegas is listed up in the -270 range at Bovada Sportsbook with a total of 5.5 for Monday’s matchup at The Fortress, which will be loud and packed to capacity in Sin City.

The Canadiens were down 3-1 against the Toronto Maple Leafs and roared back to win the series in seven games. They rode that momentum into the series against the Winnipeg Jets and swept the team with the second-highest point total in the division right out of the playoffs. Montreal has won seven straight and has not trailed in any of the seven games.

The Game 4 overtime win against Winnipeg featured a 2-0 lead after the first period and then a tie game 5:29 into the second. Montreal got the overtime winner under two minutes into the period and advanced to take on a Vegas team that has had a tough path to this point with wins over the Minnesota Wild and Colorado Avalanche.

This is kind of an interesting handicap. The reality is that Montreal was a pretty good team at 5-v-5 during the regular season. The Habs were only +3 in 5-v-5 goal differential, but projected to be more like +11 by Expected Goals For. The Canadiens were fourth in 5-v-5 scoring chances and ninth in high-danger chances.

However, the North Division was very poor defensively this season. You have to apply a lot of context to the regular season numbers because of the imbalanced, all-division schedule. Of course, we could say the same about Vegas, since the bottom of the West Division was so bad.

The only thing we truly know for sure is that Carey Price will have to keep up his current pace to give Montreal the best chance possible. Price is 8-3 in the playoffs with a 1.97 GAA and a .935 SV% over 11 games. He’s only allowed 22 goals in the postseason and only allowed six in the four games against Winnipeg, who was without Mark Scheifele for the last three games of the season and only generated three goals in those three games.

There are a lot of people out there that feel like the Vegas/Colorado series was the “Stanley Cup of the Western Conference” if we want to think about the divisional format in that manner. In other words, there are a lot of people that are not giving Montreal a chance. It is hard to do so, knowing what we know about Vegas and what they’ve been able to accomplish as a franchise in recent years.

The Golden Knights eliminated Colorado without much drama in Game 6 at home last week. Vegas won four straight after dropping the first two games in Denver, one of which was started by Robin Lehner. Lehner couldn’t shake off the rust and Vegas, who had just beaten Minnesota in seven games, had no energy and no speed in that game. Once the Golden Knights got their legs, the series played a lot differently.

Money has hit the board on the Golden Knights in this first game. Vegas was one of the best teams in the regular season across a lot of different statistical categories at 5-v-5. Only Toronto and Carolina had more high-danger chances. Only Toronto had more scoring chances. Vegas had the most 5-v-5 goals of any team in the league.

A lot of what Montreal did well, Vegas seemed to do better. And Minnesota and Colorado were both better than any team that the North Division had to offer. Certainly Vegas padded some numbers against the California teams, but many believe that the quality of competition was a lot stronger for Vegas and who can argue that point?

This is going to be a tough series to bet. A lot of NHL Playoff games are close, so puck lines can be tricky wagers to make. However, Vegas is going to be a big favorite night in and night out. Maybe some parlays with some big MLB favorites will cut down on the juice or something. Or, you can just bite the bullet and take the better team. That team is Vegas.

The Canadiens are overmatched in this series by all accounts and it looks as though the quant and modeling crowds have quickly isolated that. The only worry here is that Vegas doesn’t show up with the same intensity facing a weaker team.