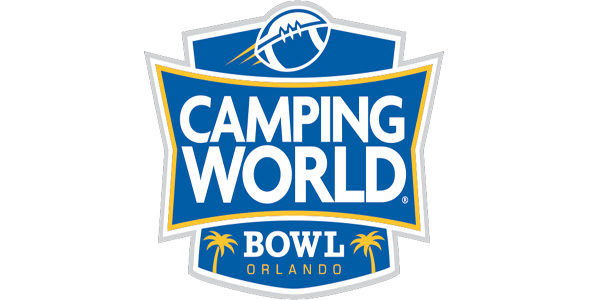 The discussion is decidedly different at the Iowa State facilities in the lead-up to the bowl game in Orlando. This is a huge chance for Matt Campbell’s team to pick up a statement win over a perennial top-25 team and occasional College Football Playoff contender.

We talk a lot about motivation and its importance during the bowl season and it could very well be on display in the Camping World Bowl at 12 p.m. ET on Saturday December 28. Notre Dame is favored by 3.5, but it sure looks like this game will have a sharp vs. public split and this line is likely to move down as we get closer to kickoff. The total has already moved down from 57 to as low as 54.5 in the market.

Iowa State put together a 7-5 regular season. Notre Dame won 10 games. The perception of Notre Dame’s schedule is that the Fighting Irish play a bunch of elite teams from Power Five conferences. That used to be the case. Through no fault of their own, Notre Dame’s strength of schedule has taken a severe nose dive in recent years. The ACC is down across the board, even though Virginia and Virginia Tech turned in fine seasons. Stanford is nowhere near the team it used to be. USC has had some recent ups and downs and so has a program like Michigan.

You talk about all of the Power Five teams and the name-brand programs and then you see that Notre Dame’s strength of schedule ranked 38th per Jeff Sagarin in the regular season. Iowa State’s? Eighth.

There was a time when 7-5 would have been really noteworthy in Ames. Matt Campbell has rewritten the narrative. This is a solid program with something of a reputation as a giant slayer based on wins over ranked opponents like Oklahoma and TCU in 2017 and West Virginia and Oklahoma State in 2018. Campbell’s team always plays Oklahoma tough and nearly pulled another upset this season. That is one scary thing for Notre Dame here. Iowa State doesn’t have that signature upset yet this season.

It is incredible to think that Iowa State could have a top-20 offense, but the Cyclones finished 16th with 6.58 yards per play. Only 10 teams had more passing yards, including Washington State, LSU, Alabama, USC, Oklahoma, Texas Tech, UCF, and Clemson. Iowa State tied for 36th in yards per play allowed on defense with 5.23. That is a big YPP differential for a program that was often viewed as an afterthought in the Big 12. It speaks to the job that Campbell has done building up the program’s talent level and its culture of winning.

Brock Purdy had some shaky moments early in the season, but he wound up with a 27/9 TD/INT ratio and a 66.3% completion rate while throwing for 3,760 yards. It was thought that the loss of Hakeem Butler would hurt the passing game. Instead, Purdy spread it around, as Deshaunte Jones served as the possession guy with 72 catches, Tarique Milton had 20.9 yards per catch on his 33 grabs, and tight end Charlie Kolar served as the safety valve and red zone option.

True freshman Breece Hall ran for 842 yards with 5.0 yards per carry. This was a well-oiled offensive machine for most of the season. It is actually quite astonishing that Iowa State only finished the regular season 7-5 given how proficient the offense was and given that the defense didn’t regress that much. Iowa State did only have 13 takeaways, which makes it hard to win against a top-10 schedule.

Notre Dame heads into this game +15 in turnover margin for the season. Their 26 takeaways are tied for the fifth-most in the country. That has been a big part of the equation for the Irish. Notre Dame is 33rd in yards per play with 6.25, which is nothing to scoff at and it is an upgrade from last season. It has been a pretty balanced attack, but a big reason why Notre Dame’s strength of schedule is weaker is because some of the teams that they have faced have struggled with turnovers and bad defense. Things have come a little easier for the Irish this season.

Defensively, Notre Dame looks the part again. The Irish are tied for 11th in yards per play allowed with 4.68. The funny thing about this game is that we should see a line move on Notre Dame. A +1.57 YPP differential is pretty strong, especially playing a top-40 schedule.

Iowa State will be my side, too, if you couldn’t tell from the tone and content of the preview. My line does have Notre Dame -4.5 from a pure power ratings standpoint, but the full body of work looks more favorably on Iowa State when you adjust for strength of schedule. The Cyclones took a lot of sharp money throughout the year for that exact reason and I’d rather be on the sharp side here.