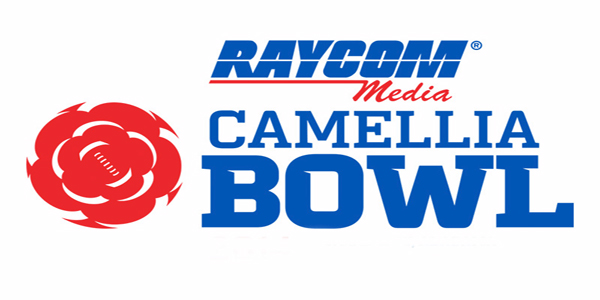 Many college football fans may not know about the Camellia Bowl, and it’s probably because it carries a bit of a low profile. It is the second-lowest paying bowl, and only been in existence for the last five years. But it means something to the teams that play in it. So it is with a lot of excitement that the Florida International Panthers meet up with the Arkansas State Red Wolves at the Cramton Bowl in Montgomery, AL. Game time is 5:30 PM ET on Saturday, December 21.

And keep in mind that you can watch the game and place wagers as it is in progress, utilizing what is available through Sports Betting Ultra at BetAnySports.

FIU (6-6 SU, 4-8 ATS) is coached by Butch Davis, a former assistant with the Dallas Cowboys who also held head coaching jobs at Miami and North Carolina, as well as the NFL’s Cleveland Browns. In fact, he’s the only coach to bring the Browns into a playoff game since they became an expansion team. And he’s taken the Panthers to post-season bowls the last two seasons, losing 20-3 to Temple in the Gasparilla Bowl and defeating Toledo 35-30 to in the Bahamas Bowl.

James Morgan, a transfer from Bowling Green, is FIU’s quarterback, and after a sensational 2018 campaign, he’s regressed a little this season, he’s taken a dip in accuracy (from 65% to 58%), averaging with 1.4 yards less per attempt, with half the number of TD passes (13, as opposed to 26 last season). They got a pretty balanced running game, with a number of backs, including Anthony Jones (875 yards) and Napoleon Maxwell (610 yards). There’s also a well-stocked corps of receivers, and a lot of experience. Sixteen starters came back from last year’s squad, which finish 9-4.

The Panthers got off to a rough start in losing their first two to Tulane (42-14) and Western Kentucky (20-14). They also gave up 43 points the Louisiana Tech and 50 to Middle Tennessee, and in their big rivalry game, the “Shula Bowl,” they were throttled 37-7 by Florida Atlantic.

However, their biggest victory of the season – and possibly in the history of their program – came on November 23 against Miami, as they scored a 30-24 victory at Marlins Park (the baseball stadium), which functioned as a “neutral field.” Sky-high from that, they came back and got beaten by Marshall the next week (30-27).

In the college football odds that have been posted on this game, FIU looms as the underdog:

Remember that if you want to avoid having to lay the customary -110 on football, you can check out “reduced juice” from BetAnySports!

Coach Blake Anderson is in his sixth season at Arkansas State (7-5 SU, 5-7 ATS) and has been to bowl games the last five years. He’s only won one of them, a victory over UCF in the 2016 Cure Bowl. This is the ninth straight winning season for the program, which had become known as a place where coaches “passed through” on their way to bigger jobs. Ill-fortune struck this season, as quarterback Logan Bonner went down with the season-ending injury. But redshirt freshman Layne Hatcher has been something of a revelation. throwing for ten yards an attempt, 68% accuracy and 23 touchdowns, with 300-plus yards through the air on five separate occasions.

He also partnered with receiver Omar Bayless on the lion’s share of Bayless’ 84 catches (for a Sun Belt-record 1473 yards), on the way to the Sun Belt Conference player of the year award.

But Bayless is not the only receiver available. Jonathan Adams (788 yards) and Kirk Merritt, a transfer from Oregon by way of Texas A&M (763) are other options at the ready.

But this is not a particularly well-rounded team. They were not especially solid on either of the interior lines; they allowed 5.1 yards per rush and were 127th in the nation in Total Defense and were 112th in rushing the ball themselves.

They were tough against SMU in the season opener (losing 37-30), but got blown out 55-0 by Georgia. And they were not close to being the best in the Sun Belt either, losing to the likes of Georgia State and South Alabama, who put up 86 points between them.

Yes, ASU can be defenseless, and they give up 34.8 ppg overall. But make no mistake; they have firepower, and FIU does not get a lot of pressure on opposing quarterbacks (just 18 sacks). Nice sure about who has more of the fundamental edges; it might be Butch Davis’ team. But for sure, we like the OVER.

BetAnySports makes bowl season festive for NCAA football bettors. When you get reduced juice, you’re getting a better deal on the odds, as you can avoid laying the customary -110 (check the website for details), and once the game has started, you can place real-time wagers with options like Sports Betting Ultra and Live Betting Extra.…… They also make it convenient to open up an account, allowing you to use your debit card or credit card, person-to-person transfers or the digital currency of Bitcoin, for which they NEVER charge a transaction fee!