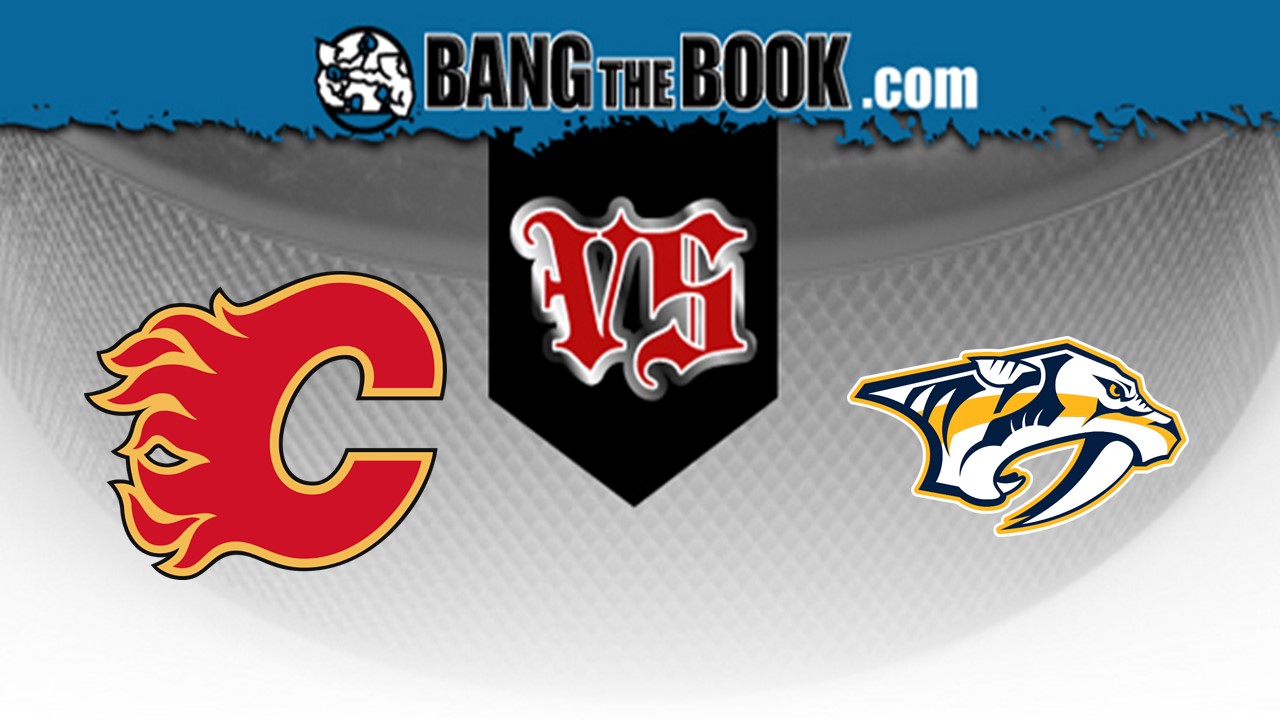 A couple of teams currently on winning streaks, the Calgary Flames and the Nashville Predators face off at Bridgestone Arena. The match will get going at 8 p.m. ET on Thursday, February 27, and fans at home can witness this Western Conference matchup live on Sportsnet West.

With a -135 moneyline, Nashville comes into the contest as the favorite. The line for Calgary now stands at +115, and the Over/Under (O/U) is placed at an even 6 goals. If you want to play the matchup’s total, you’ll be looking at odds of -115 for the over and -105 for the under.

Calgary is 33-31 straight up (SU) and has lost 5.5 units for moneyline bettors this year. 31 of its games have gone over the total, while 28 have gone under and just five have pushed. As an away team this season, the Flames are 19-15 SU.

Calgary has converted on 20.1 percent of its power play opportunities this season, a figure that’s right around league average. Its penalty kill is ranked eighth overall, and the team’s successfully killed off 82.4 percent of its penalties.

The Flames, as a collective unit, have been sent to the penalty box 3.7 times per game in the 2019-20 season, and 2.0 per game over its last five contests. The team has been forced to kill penalties just 7.6 minutes per game over their last 10 outings.

The visiting Flames have relied heavily on Matthew Tkachuk and Johnny Gaudreau this season. Tkachuk (54 points) has tallied 21 goals and 33 assists, and has recorded multiple points in 12 different games. Gaudreau has 16 goals and 37 assists to his nameand has notched at least one point in 38 games.

On the other bench, Nashville is 31-31 straight up (SU) and has lost 11.7 units for moneyline bettors this year. Through 62 regular season outings, 34 of its games have gone over the total, while 27 have gone under and just one has pushed. This season, the team is 15-16 SU as the home team.

The Predators have converted on just 16.7 percent of their power play chances this season, a mark that places them in the bottom 10 overall among NHL teams. On the other hand, its penalty kill is ranked 31st overall, and it’s successfully killed off 74.4 percent of all opponent power plays.

Pekka Rinne has stopped 25.0 shots per game as the primary selection in goal for the Predators. Rinne has 18 wins, 17 losses, and four OT losses to his credit and has recorded a poor .900 save percentage and 3.00 goals against average this season.

Roman Josi (14 goals, 43 assists) will lead the offensive attack for the home team.

Calgary is 6-1 in games decided by a shootout this season while Nashville is 3-3 in shootouts.

Four of Nashville’s last five games gone under the total.

Over Calgary’s last ten games, eight of them have been decided by two or more goals (the team is 6-2 in those games).