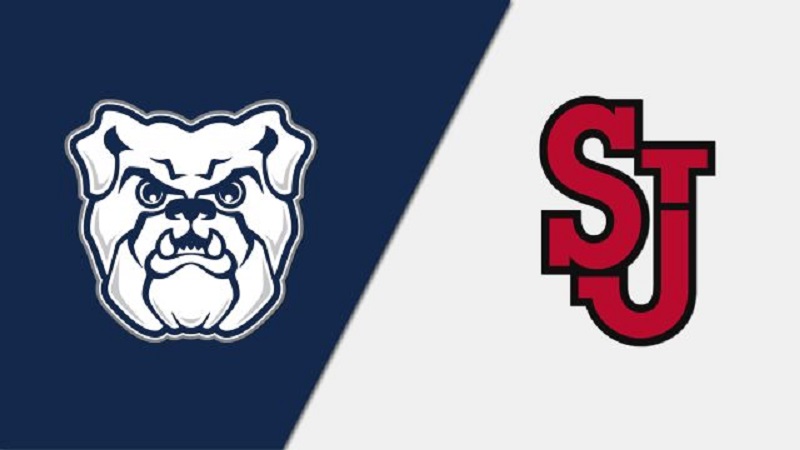 The 2021-22 CBB season continues Friday, February 18, so we are taking a closer look at the Big East Conference showdown from Carnesecca Arena in Queens, New York, to get you the best Butler vs. St. John’s betting pick and odds.

The Bulldogs and Red Storm lock horns for the second time this term. A couple of weeks ago, St. John’s outlasted Butler 75-72 as a small 1.5-point road fave with a total of 140.5 points. According to MyBookie Sportsbook, the Red Storm opened as 4.5-point home favorites for Friday’s clash.

The Butler Bulldogs improved to 13-13 straight up and 11-14 ATS on the season following a 73-71 victory at the DePaul Blue Demons last Tuesday. Playing as 6-point road underdogs, the Bulldogs recorded their second straight victory, beating the line for the fourth time in their last five outings.

In his fourth start of the season, freshman guard Simas Lukosius dropped 19 points on DePaul, making eight of his 14 attempts from the field. Sophomore guard Chuck Harris added 18 points and five rebounds, while senior G Aaron Thompson had 11 points and three assists.

The St. John’s Red Storm improved to 14-11 SU and 12-12-1 ATS on the season following an impressive 86-73 victory at the Xavier Musketeers this past Wednesday. They upset the odds as 6.5-point road underdogs to stop a two-game slide.

St. John’s occupies the No. 8 seed in the Big East with a 6-8 record. The Red Storm are No. 78 in the NCAA NET Rankings and No. 72 in the KenPom rankings. They play at the fourth-fastest pace in the NBA, averaging a whopping 73.2 possessions per 40 minutes.

I’ve mentioned the Red Storm’s furious pace. Butler will try its best to slow things down, and the Bulldogs average only 63.4 possessions per 40 minutes (341st). They lost by three points to St. John’s at home, holding the Red Storm to only 12.5% shooting from deep. Butler also went 10-for-28 from downtown, but it wasn’t enough. With nine points on the table, I’m taking the underdogs, as the Red Storm have gone only 1-5 ATS in their last six outings as favorites of nine or more points.

The over is 4-1-1 in the Red Storm’s last six outings and 9-2 in the Bulldogs’ previous 11. Their previous two H2H duels have gone over the total, producing more than 141 points in total each, so the betting trends clearly suggest the over.

Butler will manage to slow down St. John’s a bit, but they could still combine for 142 or more points. Only one of the Red Storm’s last six contests has seen fewer than 144 points on the scoreboard.