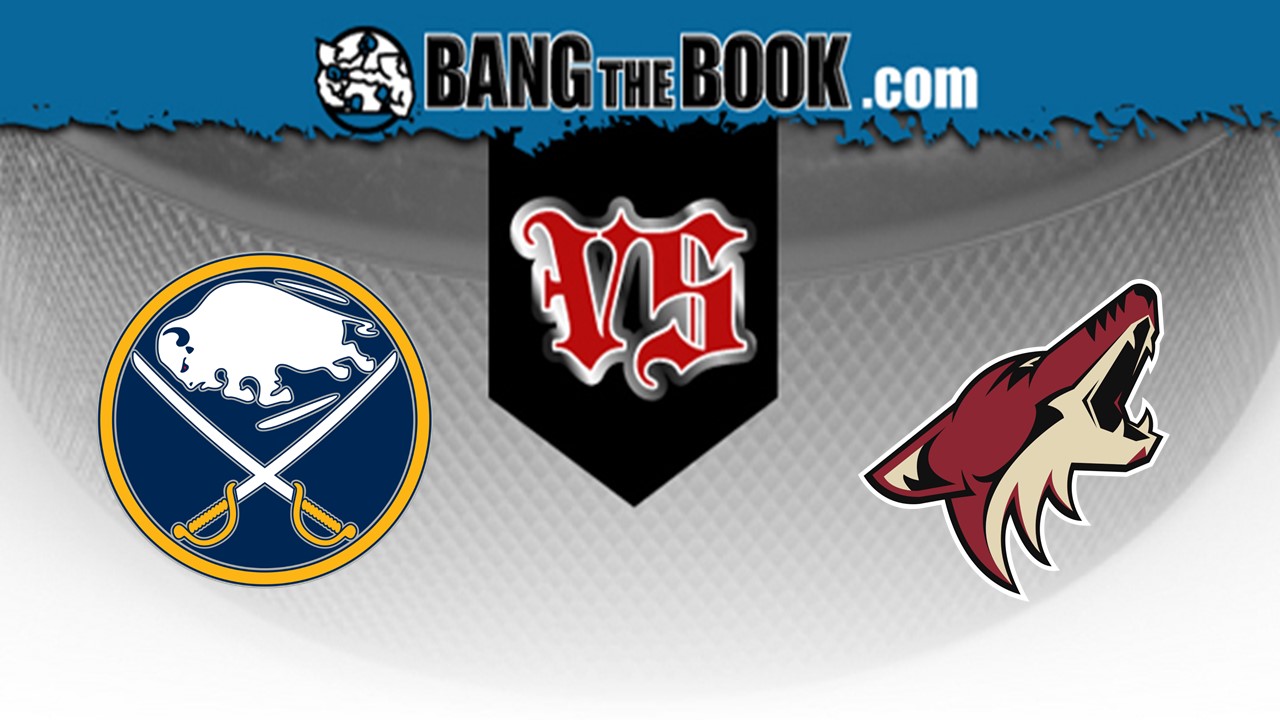 Gila River Arena is the site for an intriguing matchup as the Arizona Coyotes face off against the visiting Buffalo Sabres. It’s the last time that these two clubs will go at it in the regular season. This East-West matchup will get started at 8 p.m. ET on Saturday, February 29, and it’ll be broadcasted live on Fox Arizona Plus.

Playing the role of favorite will be Arizona (-175), while Buffalo is an underdog offering moneyline odds of +155, and oddsmakers have set the Over/Under (O/U) at 6 goals. If gamblers want to wager on the game’s total, they’ll be looking at odds of -110 money on the over and -110 for the under.

Arizona is 31-35 straight up (SU) and has not been kind to moneyline bettors (to the tune of -8.2 units) thus far. That early-season winning percentage is right in line with what the team produced during last year’s regular season (39-43). Out of the team’s 66 regular season contests, 37 of them have gone under the total, while 27 have gone over and just two have pushed. The team is 16-16 SU at home this year.

The Coyotes have converted on 19.6 percent of their power play chances this year, a figure that’s right around league average. On the other hand, their penalty kill is ranked sixth overall, and they’ve successfully killed off 82.8 percent of all penalties.

Sporting a .921 save percentage and 28.4 saves per game, Antti Raanta (14-18-3) has been the most dependable option in goal for the Coyotes this season. If Arizona chooses to give him the evening off, however, head coach Rick Tocchet might roll with Darcy Kuemper (15-11-11 record, .929 save percentage, 2.17 goals against average).

Taylor Hall and Nick Schmaltz will both be offensive focal points for the Coyotes. Hall (50 points) is up to 15 goals and 35 assists and has recorded two or more points 10 times this year. Schmaltz has eight goals and 34 assists to his name and has notched at least one point in 31 contests.

Buffalo has lost 2.9 units for bettors taking the moneyline thus far and is currently 29-35 straight up (SU). A total of 31 of its outings have gone under the total, while 30 have gone over and just two have pushed. The Sabres are 10-21 SU as the away team this season.

The Sabres have converted on 19.8 percent of their power play chances this year, a figure that’s right around league average. On the other hand, its penalty kill unit is ranked 31st overall and it’s successfully killed off 74.1 percent of all opponent power plays.

Linus Ullmark (28.5 saves per game) has been the main choice in the net for Buffalo. Ullmark owns a 16-17-3 record, while registering a .914 save percentage and 2.72 goals against average this year.

Jack Eichel (35 goals, 42 assists) will pace the attack for the visiting Sabres.

Buffalo is 1-2 in games decided by a shootout this season while Arizona is 5-4 in shootouts.

Three of Arizona’s last five games gone under the total.

Buffalo skaters recorded 19.1 hits per game last season, while the Coyotes accounted for 24.7 hits per contest.