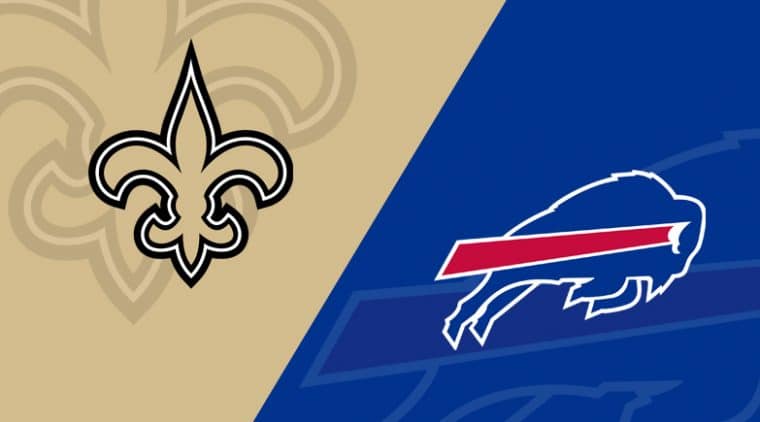 Week 12 of the 2021 NFL season brings three games on Thanksgiving, so we’re taking a closer look at Thursday Night Football to get you the best Buffalo Bills vs. New Orleans Saints betting pick along with the latest odds update on BetOnline Sportsbook.

Buffalo meets New Orleans for the first time since 2017, and the Bills are winless in five straight encounters with the Saints. New Orleans opened as a 4.5-point home underdog, while the totals are set at 46.0 points.

The Bills got embarrassed in Week 11

The Buffalo Bills fell to 6-4 SU and 5-4-1 ATS on the season following a heavy 41-15 home loss to the Indianapolis Colts this past Sunday. It was their third defeat in the last five outings, and the Bills have covered the spread only once during that span.

Buffalo couldn’t cope with Jonathan Taylor, who went off for 185 rushing yards on 32 carries and scored five touchdowns. The Bills turned the ball over four times, and Josh Allen finished with 209 yards and a couple of touchdowns and interceptions.

Even though they own the second-highest scoring offense in the NFL (29.5 PPG), the Bills have struggled mightily to put points on the scoreboard over the last few weeks. On the other side of the ball, Buffalo is yielding 17.6 points per game (2nd in the league) on 283.7 total yards (1st).

The Saints hope to break out of their slump

The New Orleans Saints (5-5; 5-5 ATS) are on a three-game losing streak following a 40-29 defeat at the Philadelphia Eagles in Week 11. They missed Alvin Kamara (knee) for the second straight week, and without their best player, the Saints couldn’t cope with the Eagles, trailing by 20 points at halftime.

Trevor Siemian went 22-of-40 for 214 yards, three touchdowns, and a pair of interceptions last weekend. The Saints’ defense fell apart and gave up a whopping 242 rushing yards on 50 carries, so New Orleans had the ball in possession for only 22:59.

Alvin Kamara hasn’t practiced since last Wednesday, so he’ll probably remain sidelined for Thursday’s clash against the Bills. The Saints will have a mountain to climb, especially because the Bills will be fired up to make amends for their embarrassing defeat in front of the home fans.

Buffalo is one of the best defensive teams in the league, so I’m expecting the Bills to bounce back from that awful display in Week 11. The Saints will try to hang in on the back of their defense, but with Kamara on the self, New Orleans will struggle to outscore the Bills.

The Saints’ last three home games went in the over. Also, the over is 6-1 in their previous seven contests at any location, and it is 7-2 in New Orleans’ last nine encounters with the AFC East. On the flip side, the over is 4-2 in the Bills’ last six games overall and 10-4 in Buffalo’s previous 14 outings away from home.

I would ride the betting trends, although the Saints will have a tall task to surpass a 20-point mark against the Bills’ sturdy defensive unit. Kamara’s eventual presence would certainly help, while the Saints’ D has to step up and slow the Bills down.