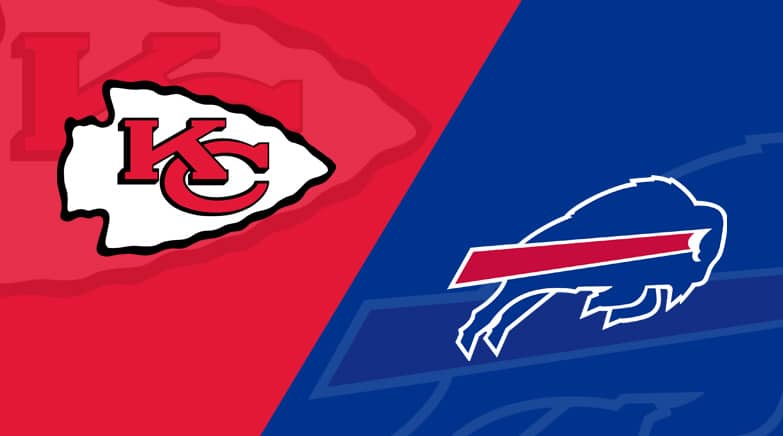 Week 6 Sunday Night Football brings the marquee matchup between Buffalo and Kansas City, so we’ve prepared the best tips and odds for this AFC showdown at GEHA Field at Arrowhead Stadium along with the best Bills vs. Chiefs betting pick.

The Bills meet the Chiefs for the second time in 2021. Back on January 24, Kansas City smashed Buffalo 38-24 as 3-point home favorites in the AFC Championship Game. This time around, the Chiefs are 2.5-point favorites on MyBookie Sportsbook, while the totals sit at 56.5 points.

The Buffalo Bills (3-1; 3-1 ATS) are riding a three-game winning streak following a 40-0 dismantling of the Houston Texans this past Sunday. They took Week 1 loss to the Pittsburgh Steelers personally, outscoring their opponents by 97 points over the last three weeks.

After a 35-0 road win over Miami and a 43-21 home victory to Washington, the Bills blanked the Texans while holding them to a paltry 109 total yards. Buffalo racked up 450 in a return, and Josh Allen tossed for 248 yards, a couple of touchdowns, and an interception.

The Bills tortured Houston on the ground, carrying the pigskin 40 times for 199 yards and two scores. They are averaging 145.3 rushing yards per contest (5th in the NFL) while surrendering only 68.0 in a return (4th).

The Chiefs desperately need more from their defense

Last week, the Chiefs beat the Philadelphia Eagles as 7-point road favorites, 42-30, but it was another bad day in the office for their defensive unit. Kansas City surrendered 461 total yards and 30 1st downs, while Jalen Hurts tossed for 387 yards and a pair of scores.

On the other side, Patrick Mahomes went off for 278 yards and five touchdowns, while Tyreek Hill had 11 receptions for 186 yards and three touchdowns. The Chiefs are tallying 33.5 points per game (tied-2nd), as well as their next rivals, and Kansas City leads the NFL in the 3rd downs conversion (64.1%).

The Chiefs’ offense is an elite one, but their defense has been awful so far this season. On the other side, the Bills look like a top-notch team on both sides of the ball, so I think they’ll keep it close Sunday against the two-time defending AFC champions.

Buffalo has a lot to prove here. The Bills have met some bad teams through the first four weeks, while the Chiefs have had to deal with the likes of Baltimore, Cleveland, and LA Chargers. Still, the Chiefs look like they cannot cope with the high-octane offenses, so give me the underdogs to cover.

Three of Kansas City’s first four games in 2021 have gone in the over, producing way more than 56 points in total. On the other side, the total has gone under in three of the Bills’ first four outings this term.

I’m looking for a proper high-scoring affair when the Bills line up against the Chiefs this Sunday. Josh Allen should torture the Chiefs’ secondary all day long, while the Bills’ defense will be tested properly for the first time this season. The last time they visited Arrowhead Stadium, the Bills yielded 38 points.