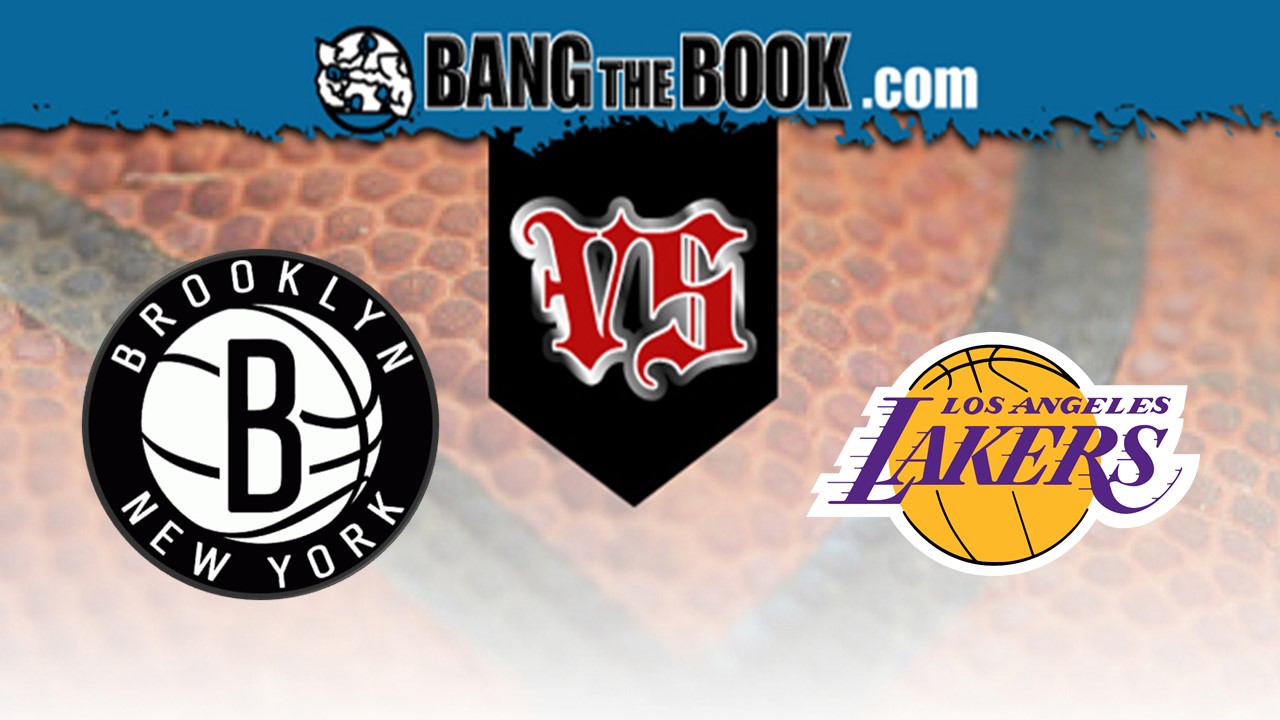 The last time the Nets played, they won a close one over the Chicago Bulls, 110-107, but were unable to cover as 6-point favorites. With 11 points and 15 rebounds, Brooklyn’s DeAndre Jordan put together a solid outing. Brooklyn dominated nearly every stat category in the game. They had a phenomenal free throw rate of 0.547 (above their season average of 0.196) and an offensive rebounding percentage of 16.1 (below their season average of 23.6). Chicago put up marks of 0.185 and 10.0, respectively, for those same stats. The two teams combined to score 217 points, which came in just under the O/U total of 219.

The Lakers will look to maintain momentum after defeating the Los Angeles Clippers in their last matchup, 112-103, as 2.5-point underdogs. Los Angeles received a boost from LeBron James, who finished with 28 points, nine assists and seven rebounds. The Lakers forced 15 turnovers and held the Clippers to an effective field goal percentage of 0.436 (below their season average of 0.532). The two squads collectively scored 215 points, which was under the projected point total of 226.5.

These two teams have already met once this season. In that game, the two teams combined for 241 points, which was over the projected point total of 230. The Lakers won 128-113, covering as 5.5-point favorites. The Lakers dominated every facet of the game. They had an offensive rebounding percentage of 25.0 and a free throw rate of 0.160. The Nets were 16.3 and 0.132, respectively, for those same stats. James played a huge role in the victory, recording a triple-double with 27 points, 11 rebounds and 10 assists.

Looking at effective field goal percentage, this appears to be a matchup of two heavyweights. The upper-echelon Los Angeles offense ranks fifth in the NBA in that metric at 0.548, while the stingy Brooklyn defense is ranked fourth in effective field goal percentage allowed (0.506). It could also be a mistake-prone game for the offense of the Nets, which ranks 24th in ball security (turnover percentage of 14.2 percent). They’ll be going up against the top-notch defense of the Lakers, which forces the fifth-most turnovers in the league (14.6 percent).

Los Angeles is 4-1 ATS with 4 unders and 1 over in its last five games.

Over its past five outings, Brooklyn is 3-2 ATS with 3 overs and 2 unders.

The Lakers’ average margin of victory in their last five games has been 4.6, down from 7.6 for the season.